The Path to Justice 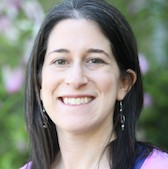 I’ve been a human rights activist for more than a decade, beginning my work by organizing the Jewish community to speak out against torture. One of the first things I learned—a theme that resurfaces across many of the campaigns for human rights that I have been part of—is that when people act out of fear, when their sense of safety and security is challenged, they make unfortunate choices. They are often willing to make choices that make them feel safe, rather than choices that are effective in dealing with what is actually threatening them. Once these non-solutions take hold and provide an aura of comfort, it is hard to shift people to a different point of view. People tolerate torture because they have been told it “works,” or they tolerate harsh and ineffective police tactics, like stop and frisk, against people of color because they believe that the presence of police inherently makes their neighborhood safer.

In my experiences as an advocate, when facing the sense of safety and the logic of fear, responding with Jewish values—But every human being is created betzelem elohim, in the image of God!—could come across as weak or naïve. Logic and statistics didn’t fare so well, either. What did work was shifting the statement of values: giving voice to shared values, combined with the self-interest that was a key component of the fear. Appealing to the Golden Rule alone didn’t work, but saying We don’t commit human rights abuses as a nation because we want to protect our own troops from similar harms did. It’s hard as a leader to take this approach, because it is more nuanced and requires listening. It’s much easier to lead people using fear—or, at the very least, to not challenge or sit with their heightened emotions.

This week’s parashah, Ki Tissa, tells the story of a failure of leadership and the challenge of rebuilding trust, nestled within the broader narrative of the creation of sacred space, shared ritual, and God’s revelation. As our parashah unfolds, Moses has been up on Mount Sinai, receiving God’s revelation, for a very long time. As readers, we can see that the Israelites are about to receive tremendous gifts from God, including the instructions for the Tabernacle and the tablets on which the 10 Commandments are inscribed.

But Moses’s absence has left a void for the Israelites in their relationship with God. They fall back on what they know, asking for a physical manifestation of their deity to reassure them of God’s presence in their midst (Exod. 32:1). Faced with this panic, Aaron fails as a leader. Rather than resisting—or even responding with a counter-narrative rooted in the values that were animating their fear—he reflexively responds with actions. He gives the people what they want (Exod. 32:2–5). Thus with their sense of safety and normalcy assured, the Israelites can resume their patterns of life, feasting and giving thanks to their illusion of God.

When God reports to Moses what has happened in his absence, you can see a frustration with the Israelites, not on account of their lack of faith, but because of their stubbornness (God calls them “stiffnecked”) and their lack of empathy and imagination. The experience of the Exodus has not freed them from their need for safety and security, nor from their old ways of thinking. Moses talks God down, but God’s frustration is understandable.

But Moses, too, is only able to lead from fear, to respond to the Israelites with vengeance. True, Moses does successfully talk God down, with an eye to public messaging (Exod. 32:11–14), preventing God from wiping out the people and starting over. But it doesn’t last. Upset with and angered by the reality of what he sees when he journeys down Mt. Sinai, Moses responds with not just anger but cruelty. Moses can’t help but be righteous for God’s sake (Exod. 32:20, 25–29), no matter the cost. But righteousness can be destructive. It is a commonplace understanding in social justice circles that abuses hurt not just the victim but also the perpetrator, and in acting from fear, Moses perpetuates the crisis, culminating in a plague sent by God (Exod. 32:35).

So how can we move forward from this kind of crisis, from the retreat into anger and fear? As an activist, I’ve tried to learn how to craft messages and build bridges to take people beyond the places where they feel that they are stuck. Only once people are unstuck can they envision new worlds or be open to new ideas. In the fight against torture, that meant taking the values conversation from the abstract to the concrete. If people act from fear to protect themselves or the people that they care about, they can also change if they believe it will enable themselves and their loved ones to thrive.

As the reality of the sin of the Golden Calf sinks in, God returns to the theme of covenant (Exod. 33:1–3), a shared commitment that is based in the relationships of the past and the potential of the future. God contextualizes the reality of what the Israelites have done within the larger scope of the history of their relationship. And it is then that they begin to repent (Exod. 33:4), when they are able for a moment to see beyond their present selves and envision a new world. Despite all the suffering and death that has occurred, only a reaffirming of values rooted in relationship can trigger self-reflection.

And that is the essence of how Moses, God, and the Israelites move forward from the incident of the Golden Calf. It is true that something profound in the relationship between God and the Israelites is forever shattered. Moses becomes even more of an intermediary for the divine message, as the Israelites can only look on whenever God’s presence descends into their midst (Exod. 33:7–11). But the renewed covenant that follows, including a new set of tablets to replace what was shattered (Exod. 34:10–27), isn’t just a retelling of God’s promise to Abraham. In order to truly heal and move forward, there has to be a shared acknowledgement of what happened and how to prevent it from happening again.

The new covenant is rooted in action, both to avoid idolatry and to live out the blessings of being God’s people through the pilgrimage holidays. The Israelites and God are able to affirm their connection not just in the abstract and in history, but through the possibility of shared future experience rooted in deeds. We, too, can overcome that which divides us by uncovering our shared values, and by actualizing these values we can, eventually, overturn systems of injustice in our world.