The Laws of Tisha Be’Av 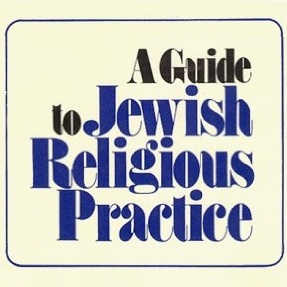 The ninth of Av is the saddest day in the Jewish calendar. The rabbis held that it was preordained to be a day of tragedy for the Jewish people. According to the Talmud, God marked the ninth of Av as a day of calamity because of an incident, recounted in Numbers 13-14, which took place on that day during the period of the sojourn in the wilderness. The spies (meraglim) sent to Canaan brought back a discouraging report, and the people, displaying ingratitude and a complete lack of faith in God’s promises to them, tearfully bemoaned their lot. As a result, God declared: “You wept without cause; I will therefore make this an eternal day of mourning for you [bekhiyah ledorot].” It was then decreed that on the ninth of Av the Temple would be destroyed and the children of Israel would go into exile (B. Ta’an, 29a)

The destruction of Jerusalem and the loss of the Jewish state are not the only sad events that have occurred on the ninth of Av. The Mishnah enumerates the following: On the ninth of Av it was decreed against our fathers that they should not enter the Land of Israel (Num. 14:29), the Temple was destroyed both the first and the second times, Bethar was captured, and Jerusalem was ploughed up M. Ta’an 4:6).

The destruction of Jerusalem and the loss of the Jewish state are not the only sad events that have occurred on the ninth of Av. The Mishnah enumerates the following: On the ninth of Av it was decreed against our fathers that they should not enter the Land of Israel (Num. 14:29), the Temple was destroyed both the first and the second times. Bethar was captured, and Jerusalem was ploughed Up (M. Ta’an, 4:6).

It is a tragic coincidence that since the time of the Mishnah, many other calamitous events in Jewish history have occured on the ninth of Av. On Tish’ah Be’av in 1290, King Edward I signed the edict compelling his Jewish subjects to leave in England. The expulsion from Spain occured on the same day in 1492. Tish’ah Be’av also marked the outbreak of World War I, begining a long period of suffering for the Jewish people. Not only did this period witness the pogroms and massacres perpetrated against the Jews of Russia, Poland, and other countries of Eastern Europe, but it was also the prelude to World War II and the savage destruction of six million Jews.

Since the reestablishment of the Jewish state, it has been maintained in some quarters that Tish’ah Be’av and the other fasts connected with the destruction Of Jerusalem have lost their meaning and should be discontinued. Some even claim that with the establishment of the Jewish state the prophecy of Zechariah has been realized, and therefore we should fulfill the second part of the prophecy, observing the fast days as festivals. (A sad precedent for this is Shabbetai Zvi’s proclaiming Tish’ah Be’av a festival of joy.)

The opponents of this view insist that the fasts must still be observed since the redemption of Israel is not yet complete. For many years they supported their arguments by pointing out that even the city of Jerusalem was not wholly in Jewish hands, while much of the ancient land of Israel also remained under enemy domination.

Notwithstanding the changes in the political situation following the war of 1967, with Jerusalem now integrated into the State of Israel and the rest of the land under Israeli control, at least for the time being, there was and is no need for such apologetics. Though the fasts are a challenge for “renew our days as of old,” the events commemorated by Tish’ah Be’av cannot be undone, and it is necessary to remember them, whether to establish continuity with our past, or, as Maimonides suggested, as a constant stimulus for repentance and good deeds.

Dr. Robert Gordis, after an extensive discussion of the question, concludes that the fast must be retained. “In sum,” he writes, “Tisha B’av can perform these basic functions for Jews living in the middle of the twentieth century, with the state of Israel before them as a reality. It can keep Jews mindful of the tasks which lie ahead in the areas of Jewish religious rebirth and of ethical living, both in the state of Israel and throughout the world. It can focus attention upon the universal aspects of the Messianic hope, which have long been integral to Judaism. Finally, it can help to remind Jews of the long record of sacrifices and sufferings of past generations, and thus prevent the cultural degeneracy which would follow from the ignoring of the achievements of Galut or Diaspora” (Gordis, Judaism for the Modern Age, P. 210).

The fast of Tish’ah Be’av begins the night before, as does the fast of Yom Kippur, and therefore the last meal before the fast must be eaten before sunset. This meal, called the seudah mafseket  because it marks the boundary between the periods of eating and fasting, was characterized by certain mourning customs. As at the meal served to mourners after a funeral, it was customary to eat special foods that were signs of mourning, such as eggs and lentils. Some pious people went so far as to dip the bread in ashes and sit on the ground during the meal (O.H. 552 in Rama). While these expressions of mourning have fallen into desuetude, we retain the mood by keeping the meal modest and simple.

Before the Ma’ariv service, the Parokhet is removed from the ark as a sign of mourning (O.H. 559:2 in Rama). As another sign of mourning, the congregants remove their shoes if they are made of leather (O.H. 554:16). It was once customary not to wear leather shoes during the whole of Tish’ah Be’av, but the practice is now limited by some to the time and place of the service (O.H. 554:17).

Ma’ariv is recited in a subdued voice and a mournful tone (O.H. 559:1 in Rama). The ‘Amidah is followed by the complete Qaddish, including titkabel.

After Qaddish the worshippers sit on the ground or on stools (O.H. 559:3 in Rama) for the reading of Eicha –the Book of Lamentations (O.H. 559:1-2). It is chanted in a special plaintive cantillation, and it is Customary for the reader to raise his voice at the beginning of each chapter. The last verse, hashivenu elecha, is recited aloud by the congregation, and then repeated by the reader (O.H. 559:1 in Rama), The chanting of Eicha is followed by Qinnot, sorrowful hymns that emphasize the import of Tish’ah Be’av and lament the tragic events associated with it (O.H. 559:2). The Qinnot are followed by veatah kadosh. On a Saturday night, when veatah kadosh is recited the whole year, vayehi noam is omitted (O.H. 559:2). Veatah kadosh is added after the Qinnot because it is necessary to follow the recitation of these lamentations with a prayer for the coming of the Messiah, who will put an end to our mourning. The introductory passage ( uva l’tzion goel ), however, is not said because there is a tradition that the deliverance will not come at night (Shibbolei Haleqet 267). Another reason for the omission is that this passage speaks of the Covenant of the Torah, and Tish’ah Be’av is one of the rare occasions when Torah study is not permitted (Munk, World of Prayer, 2:331; O.H. 554:1).

The complete Qaddish follows, but the verse titkabel is omitted, as in the prayers in a house of mourning (O.H. 559:4 in Rama). The same form is followed in the Qaddish after Shaharit but not at Minhah. The reason for the omission is that in the Book of Lamentations we say satam tefilati (Lam. 3:8). If the gates of prayer are closed, it would be a contradiction to say titkabel (Kitov, Sefer Hatoda’ah 2:378).

In accordance with a tradition originating with Rabbi Meir of Rothenburg (ca. 1215-1293), the Talit and Tefilin are not worn at Shaharit (O.H. 553:1), as an additional sign of mourning. The Tefilin are termed p’er , or “ornaments,” and the Book of Lamentations says: “The Lord has cast down tiferet yisrael,” which was interpreted as referring to the Tefilin (Munk, World of Prayer, 2:327).

The Shaharit service itself follows the pattern of the regular weekday service, except that the reader says anenu before r’faenu during the repetition of the ‘Amidah, as on all public fasts, and the Birkat Kohanim is omitted (Qitsur Shulhan ‘Arukh 124:3).

After the ‘Amidah, neither Tahanun nor avinu malkenu is said. The Torah is taken from the ark and Deuteronomy 4:25-40 is read. Three people are called up, with the last also reading the Haftarah, Jeremiah 8:13-9:23, which is chanted according to the tune of Eicha (O.H. 559-4 in Rama, and in M.A. 6).

After the Torah is returned to the ark, the worshippers sit on the ground or on low stools and recite Qinnot, followed by aeshri. The psalm lamnatzeach is omitted, but uva l’tzion is said, with the verse vaani zot briti omitted because it mentions the studying of the Torah, which is not permitted on Tish’ah Be’av (Qitsur Shulhan ‘Arukh 124:3). After uva l’tzion the complete Qaddish without titkabel is recited. The service ends with aleinu , followed by the mourners’ Qaddish. The psalm for the day is omitted. In places where ein keloheinu is said at the morning service, it is omitted on Tish’ah Be’av (O.H. 559-4 in Rama).

At Minhah the Talit and Tefilin are put on, and the prayers that were omitted in the morning (such as the psalm for the day) are recited. After ashrei the Torah is taken out and three people are called, the third also reading the Haftarah. Both the Torah reading and the Haftarah are the same as on the other public fasts. In the ‘Amidah nachem is added before the closing benediction of v’lirushalayim ircha and anenu before ki atah shomea. The reader repeats these in the repetition of the ‘Amidah but says anenu as a separate benediction before r’faenu, as on the other public fasts (Qitsur Shulhan ‘Arukh 124; 19). The Ma’ariv is the regular weekday service, and it marks the end of the fast. At the meal after the fast one should still abstain from meat and wine, since the burning of the Temple continued until the next day (O.H. 558; Qitsur Shulhan ‘Arukh 124:20).

Tish’ah Be’av is subject to the same limitations as Yom Kippur: abstention not only from food but also from bathing, anointing oneself, wearing leather shoes, and conjugal relations (O.H. 554:1). In addition, because of the joy it affords, the Sages forbade all study of sacred literature, with the exception of books that fit the mood of the day, such as the Book of Job, the parts of the, Talmud and Midrash that tell of the destruction of Jerusalem, and parts of the Book of Jeremiah (O.H. 554:1, 2).

If it falls on a Sunday, tzidkatcha is not recited at Minhah of the Sabbath preceding it. In the Ma’ariv of Saturday night atah chonantanu is said; so is boreh moreh ha’esh, but the Havdalah on wine is postponed until Sunday night. When Havdalah is said on Sunday night, the benedictions on light and spices are omitted (O.H. 556).

A mourner who is sitting Shiv’ah may go to the synagogue both morning and evening for Eicha and Qinnot (O.H. 559:6).

Just as the weeks preceding Tish’ah Be’av are marked by practices that accentuate the sorrowful mood of the period, so the weeks following are marked by some practices that encourage a mood of comfort and consolation. During the seven weeks following Tish’ah Be’av we read Haftarot that comfort the children of Israel with the promise of the restoration of Zion. These are called shva d’nechamata. The first Sabbath after Tish’ah Be’av is called shabbat nachamu because the first of these seven Haftarot begins with nachamu nachamu ami] (Isa. 40:1) (Ziv Haminhagim, p. 137; O.H. 428:8).