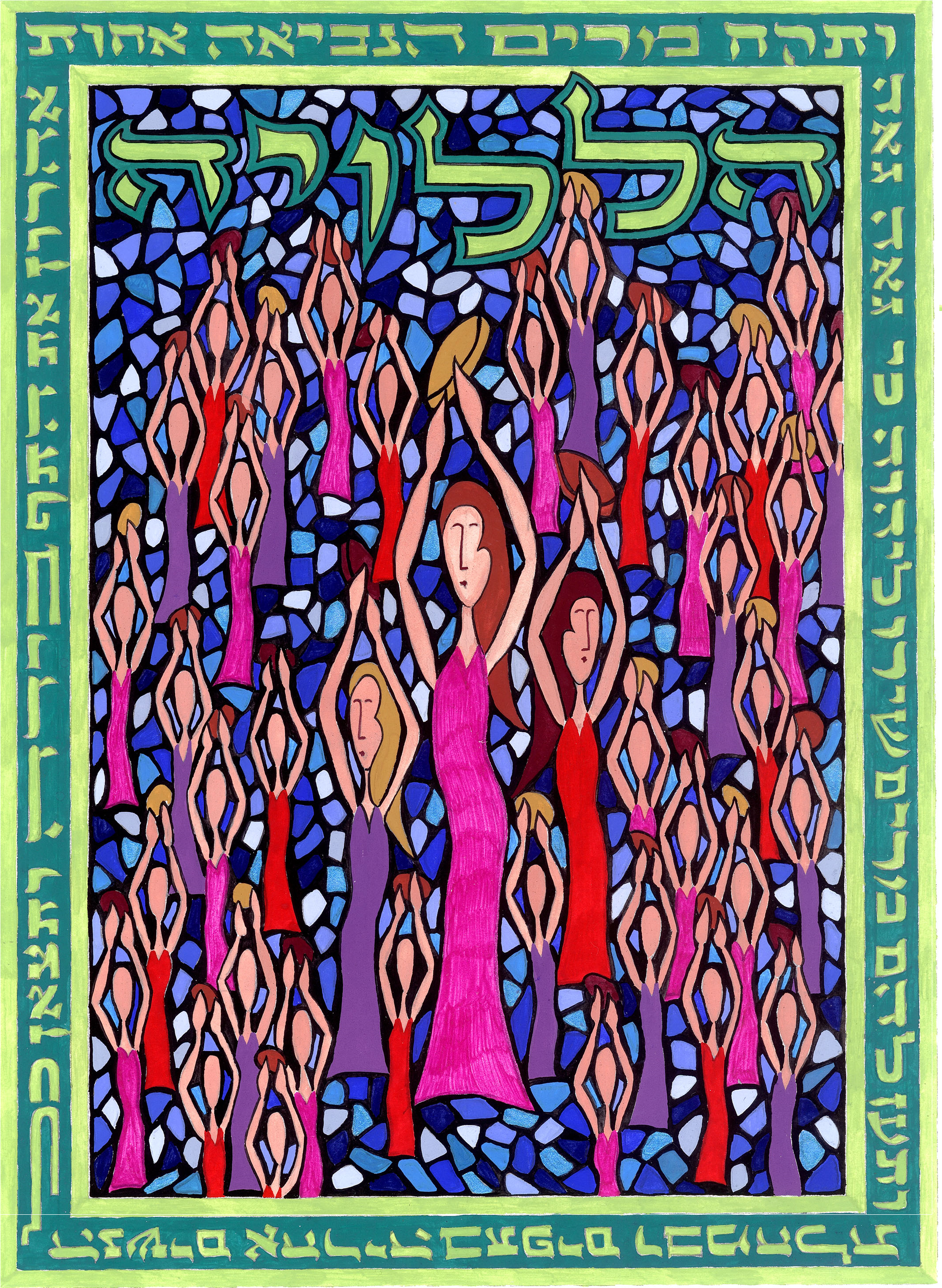 Joy is the theme of the hour as God’s praises are sung during the completion of Hallel.  The image that bursts forth in our mind’s eye is that of Miriam the Prophetess and the women celebrating their newly found freedom on the banks of the Reed Sea. While the moment is solemn, it is also one of intense elation.

Vivid colors animate this illumination. “Hallelujah,” the refrain of many Hallel Psalms, floats boldly at the top of the design. A mosaic of blues evokes the movement of the sea. Miriam stands amidst a crowd of women, musical instruments in hand, dancing to celebrate their salvation. Scrolled around the frame is the Hebrew excerpt from the Torah reading for the seventh day of Pesah (and Parashat Beshallah), which records this episode (Exod. 15:20-21).

Miriam figures prominently in the story of redemption. According to a midrash (BT Sotah 12a), after her parents divorced to avoid Pharaoh’s decree, she convinced them to remarry and have more children.  Miriam watched over Moses in the basket and arranged for Yokheved, Moses’ own mother, to be his wet nurse until he was weaned.  Since babies were nursed for several years in ancient cultures, Yokheved is able to transmit core values to Moses in his formative years, planting the seeds of his identity as a man of ethics and as a Hebrew.

Thirty-six women surround our Prophetess. Abbaye, a Babylonian scholar of the Talmudic period, teaches, “There are not fewer than 36 righteous individuals in the world who receive the Divine Presence” (BT Sanhedrin 97b and BT Sukkot 45b). The illumination depicts these individuals, credited with God’s daily decision to sustain the world, as the women who follow Miriam, praising God through music and dance. They are dancing for a cause, not only for their present deliverance, but also for the redemption to come.  Let each of us aspire to their ideal, acting as if the world’s survival depended on our joy, leadership and righteousness.