From Duty to Community and Back 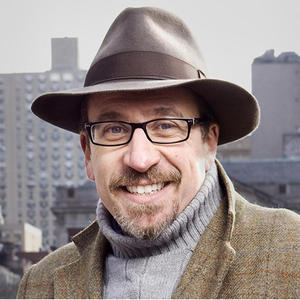 Two weeks ago I was amongst a group discussing the nature of obligation in Jewish tradition and contemporary life. I played some role in convening the group because this is—for me—a central and often unaddressed paradox in the world we live in today. One can argue about the bounds of halakhah and about the nature and pace of its evolution. But it is hard to argue that we are not a people with a halakhic tradition. Halakhah is too engrained in Jewish tradition and in Jewish history to argue otherwise.

And yet, the overwhelming majority of Jews today are not fully halakhically observant. This is true in the United States, in Europe, in Israel; and it has been true, in many places (though not all), going back to the early 19th century. Even though Conservative Jews observe a range of mitzvot most do not (again, with a few exceptions) lead lives entirely governed by halakhah.

We had gathered with the support of the Lippman Kanfer Foundation for Living Torah, and our group was suitably catholic, so to speak. Participants included people with rabbinical ordination from a broad spectrum of rabbinical schools (including JTS), representation from JTS’s William Davidson Graduate School of Jewish Education and organizations like Mechon Hadar and the Institute for Jewish Spirituality. The conversation moved in a fascinating and unexpected direction.

The concept we found ourselves focusing on—indeed, were almost inexorably led to—was not obligation but community. People started to observe that obligation arises in relation to community, and that different forms of obligation reflect different circles of community.

After the conversation ended, I remembered a conversation years ago with a friend in Jerusalem who had Reform ordination, and/but was halakhically observant. He told me he didn’t carry an umbrella on Shabbat, “not because I think that, if I were to use an umbrella, I would be erecting a structure, but because I choose to adhere to the halakhic norms of the community I wish to be part of.”This sums up the connection quite clearly between obligation and community.

Thinking about community as a frame for obligation helped me think afresh about a question that is frequently posed when I speak to audiences around the country: “If I have the choice between meat that is kosher but is not local or ethical or pasture-raised, or meat that is one or all of those but is not kosher—which should I eat?”

As our conversation unfolded I started to understand that this too, is partly a question about the relationship between obligation and community. If my primary sense of obligation is to (for instance) a halakhic Jewish community, then kashrut may trump concerns about ethical meat production. If my primary sense of obligation is to “the world” or even to “those who care about ethical food systems,” then the reverse may be true. (The answer that we observe in our own home is that I don’t believe that this is or should be a choice. We serve only meat that is kosher, and that is also [fairly] local and [mostly] pasture-raised.)

This tension between circles of obligation plays out in this week’s parashah. A mahloket(disagreement) about the sin offering given by the Nazirite after his period of asceticism has ended (Num. 6:13–20) speaks to this. Should my primary commitment be to holiness and to serving God, narrowly construed? This is the Ramban’s view of nezirut, and it is why he sees a sin-offering as being necessary for returning to the community—because one is ceasing to be a Nazirite, one is becoming in some sense less holy. The Rambam, by contrast, is critical of the nazir (Hilkhot Deot 3:1–3), perhaps in part because he sees it as wrong to have separated from the community in the first place: that one is a nazir to and for God is no reason not to atone for leaving one’s community—for leaving, in a sense, one’s obligations to one’s community.

I was similarly struck by a verse in the Jewish Publication Society’s translation of this week’s parashah. About the role of different clans in relation to the ohel moed, Numbers 4:33 reads:“Those are the duties of the Merarite clans, pertaining to their various duties.”

What is striking is that the word here translated as “duties” is “עבודה”(“avodah”). We are used to translating this as “service” or “Temple service,” each of which—in contemporary English—has the connotation of voluntariness. I choose to serve in this way or that; sometimes I might choose not to serve at all. Duty, by contrast, implies a far deeper sense of obligation.

Do we see our commitments to the Jewish community as voluntary service, or are we fulfilling our duty? Are we obligated to join a shul, or is this an expression of volition? If I’m a graduate of JTS: is my relationship to it voluntary, or do I have an obligation towards it, and if so what, and why?

The Pew Research Center’s recent report “America’s Changing Religious Landscape” (May 2015) provides further cause for discomfort in this regard. On the surface, it makes sobering reading for a wide range of mainstream religious denominations, and the winners are “nones” and atheists and agnostics. “Duty” and “obligation” seem to be losing traction in contemporary life.

Yet this is not the whole story. I used Google N-Gram, to create this chart, which shows the prevalence of the two words “duty” and “community” in books published each year from 1800 to 2000. “Duty” declines fairly steadily for two centuries, and it crosses the line for “community,” which itself rises, decade after decade.

This reflects what most of us see on a daily basis. On the one hand, people don’t want to be told what to do.  “Authority” of all sorts is suspect. And yet the desire for “community” in our mobile world is rising, in proportion to a kind of anomie and in inverse proportion to the decline of “duty”. The increased prevalence of the word is testament to our need for the things that “community” represents. If we feel a need for “community” and community is interwoven with “obligation,” we may in fact find ourselves on more solid ground. I join a hevra kadisha not because I have to, but because I choose to be part of this community. I take meals to new parents—or to a shivah house—for the same reason. If my failure to accept a sense of obligation or duty carries tangible consequences, as opposed to only theological ones, I may accept those obligations more readily.

There is one last reason why this week’s parashah is a particularly good moment to reflect on this paradox. Naso always accompanies Shavuot. In most years, as in this one, it’s the first parashah we read after Shavuot; occasionally—in certain leap years—it is the parashah before Shavuot.

I’m struck by this, because the quintessential Shavuot question is: what is the nature of freedom, and in what ways can or should we self-limit our freedom?

On seder night we leave Egypt: we celebrate our freedom from slavery. And over the next 49 days, we live with radical freedom. We have escaped Pharaoh but we have not yet received the Torah; we have, in some sense, no rules.

This should make sense to us today because, in so many respects, we live in a world of no rules; certainly we have more radical freedoms—of self-expression and self-definition—than even our parents could have imagined.

But Shavuot represents our freely choosing to place restrictions upon ourselves. “נעשה ונשמע”—“we will do and we will learn,” the words of accepting the Torah—are framed in the plural because, in Jewish tradition, obligation and community are always intertwined. We cannot say kaddish orbarekhu without a minyan. Our Yom Kippur confessions are in the plural. The specific obligations of service in the Temple were assumed, as in this week’s parashah, by families and tribes—cohesive groups of people in which obligation and community were intertwined. Parashat Naso—the first Shabbat after we have accepted the Torah—is thus not only the beginning of the rest of our lives, but also the moment that commitment to community and freely chosen self-obligation start to entwine.

So, in conclusion: May we reflect on the relationships between obligation and community; may we use our freedoms wisely; and, in so doing, may we create a better world for ourselves and for all those around us.

Nigel Savage (@nigelssavage) was awarded a Doctor of Humane Letters, Honoris Causa, at the JTS Commencement Exercises on May 21, 2015.