Entering the Clouds of Glory

“What do you mean, Rabbi? The clouds are mysterious—it’s like being on Sinai!” This statement by a rabbinical student consoled me several years ago on the summit of Giant Mountain in the Adirondacks. Each fall I take a minyan or so of students hiking for the weekend, and on that day, we had spent many hours climbing this enormous peak. On the way up, we enjoyed stunning views—of an alpine lake called “the Giant’s Washbowl” and the Great Range looming across the valley to our south. But when we reached the top of Giant a thick cloud had parked itself on the summit and would not budge. Visibility was limited to about ten feet, and wisps of mist skimmed between us.

Just a few weeks earlier I had previewed the route, and on that sunny day we could see for miles and miles. Not today. I felt terrible for the students—so much effort, and then no vista for a reward. But they responded with delight to the glorious cloud cover. Deprivation of the senses allowed for an expansion of spirit. We knew that there was a substantial reality just beyond the clouds, but our inability to observe it directly made it that much more majestic. I relaxed and joined my students, my teachers, in gratitude and wonder.

I think often of that moment on Giant Mountain when I read the dramatic closing lines of Exodus. After all the effort to design, build, and assemble the Tabernacle, the divine glory enters the structure as a cloud, driving out Moses and obscuring the sacred precincts from view. In the priestly sections of the Torah, the divine glory (kavod) is enveloped by cloud cover, apparently to protect the people. Israel Knohl argues that these depictions also “serve to stress the impersonal aspect of divinity and to avoid anthropomorphic imagery” (Sanctuary of Silence, 130). Yet it could be that the clouds make divinity more approachable and give license to the imagination to find God in the mysterious mist. Divine presence will no longer be limited to the mountaintop but will be accessible to all, right in the center of the camp.

But not for long. After the incident of the golden calf, Moses moves the Tabernacle outside the camp—an apparent rebuke to the people for their insolence and “stiff necks.” Still, the Torah states that anyone who seeks God can step out of camp and approach the Tent of Meeting. Indeed, everyone could watch Moses doing just that, speaking face to face with God, who appeared in the guise of a cloud, (Exod. 33: 1–11). The divine glory has departed the camp, but not gone too far. All it takes is willingness to step outside to where the cloud and the glory await spiritual seekers.

Generations later Solomon will dedicate the Temple, saying, “The Lord has chosen to abide in a thick cloud” (I Kings 8:12; cf. II Chron. 6:1). This text, which is our haftarah for Shabbat Pekudei, demonstrates the persistence of the cloud as an Israelite metaphor for divine presence. The Midrash (Mekhilta Derabbi Yishmael, Pisha 12) asks: When did God choose to dwell in the cloud? It answers with another verse, Lev. 16:2, “For I appear in the cloud on the cover [of the Holy Ark].” What is interesting here is that the cloud of Leviticus refers not to a supernatural wonder, but to the smoke made by the High Priest: as we read in v.13, “He shall put the incense on the fire before the Lord, so that the cloud from the incense screens the cover that is over the [Ark of the] Pact, lest he die.” God dwells also in clouds created by humans.

There is a progression at play from the remarkable and unrepeatable moment of revelation on Sinai to the ongoing experience of our ancestors in the Tabernacle and Temple. God dwells in thick cloud—but where can that cloud be found? We who have not had the direct experience of Sinai, nor witnessed the clouds of glory over the Tabernacle, nor even seen the priest enter the Temple to burn incense on our behalf—where can we experience the divine glory?

We have two access points, both necessary. We may not be high priests, and we may not burn the sacred incense, but we do have the power to pray. In Psalm 141:2, David says, “Take my prayer as an offering of incense.” The Rabbis cite this verse to prove that prayer can take the place of sacrifice (BT Berakhot 6b; Sifre Devarim 41). God dwells in the mystery of invisible energy when a person or a group of people create a metaphorical cloud of glory. I cannot explain the power of prayer, but I know that it is in worship that I come closest to experiencing the divine presence. 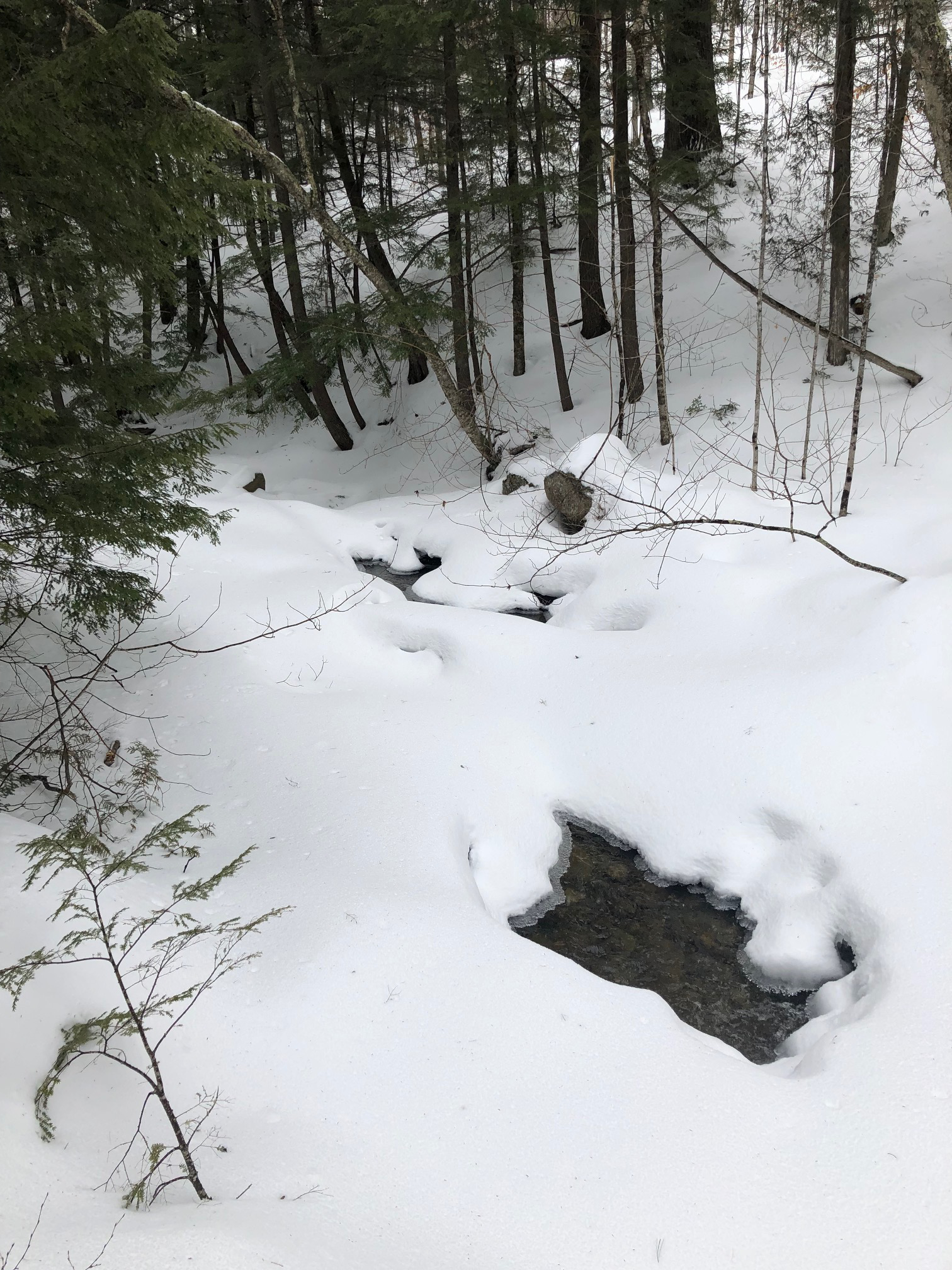 No, let me qualify that claim. It is not only in prayer that I feel the divine presence, but also in places of natural beauty. Recently I snowshoed deep into the woods on a cloudy day. Eventually I found myself beside a frozen stream, with water gurgling deep below the ice. Snow fell softly on my cheeks and tall pines dusted white witnessed the wonder of the moment. I felt the divine presence there in the woods, and again several hours later as we lit candles to start Shabbat. The cloud followed Moses down the mountain, entered the Tabernacle and remained accessible to the people, just outside the camp. So too did it follow me from the woods to the house, from the stream to the candlelit room where wisps of smoke circled and summoned the divine presence.

Solomon said that God chooses to dwell in a thick cloud. In other words, the divine presence is hidden, but the absence is only apparent. In truth we each have points of access, both inside and outside the camp, in nature and in culture, in solitude and in community. When we allow each mode to inform the other then we can experience the paradox of absence as presence. Doing so, we become something more than our ordinary selves, beckoning mystery to enter our lives, even as the divine presence entered the Tabernacle. With wonder we approach the cloud, our faces lit by God’s glory.