Does the Holocaust Play an Outsized Role in Contemporary Jewish Identity? 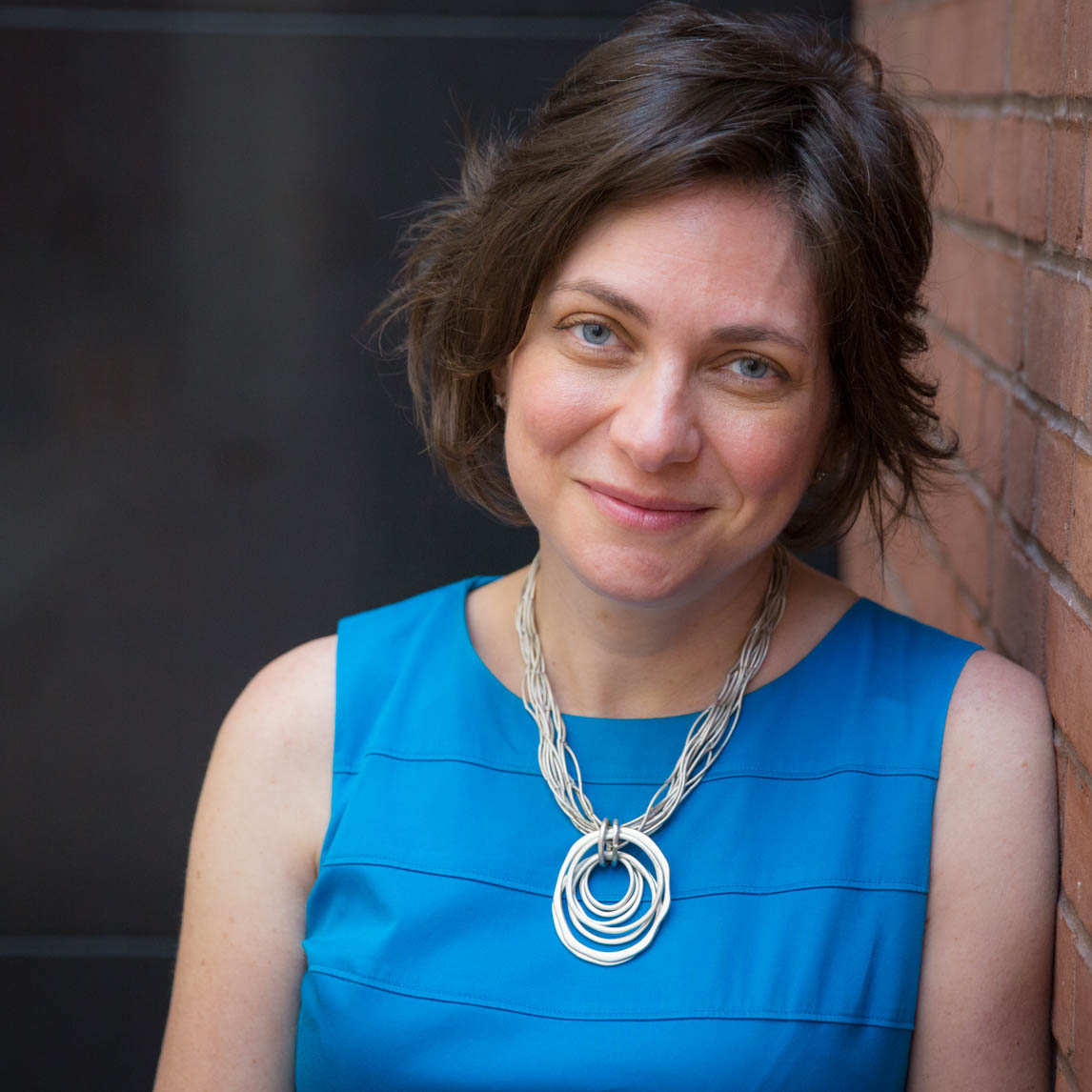 I am a Jewish historian—and that is a deliberately ambiguous label. In one reading of that phrase, I am a historian of Jewish people and their experiences. But I am also proudly Jewish myself and as such not neutral about my subjects. Jewish history is personal for me, as is my daily work at the US Holocaust Memorial Museum in Washington. When I began to work at the Holocaust Museum in 1999, I was wary that I would contribute to what some see as an unhealthy obsession with Jewish victimization.

For context, let’s first take a look, in broad brushstrokes, at the ways American Jews relate to and treat the memory of the Holocaust. There is some hard data on this subject. In a 2013 Pew Research Survey of Jews in the United States, a striking 73 percent of respondents said that “remembering the Holocaust” was essential to being Jewish. This was the highest ranked response to the question of what made them feel Jewish, outstripping values such as “leading an ethical and moral life,” “observing Jewish law,” or “caring about Israel.”

Many of the most revered and frequently quoted figures in American Jewish life have a strong link to the Holocaust: Elie Wiesel and Anne Frank, Hannah Senesh, and Menachem Mendel Schneerson, the late Lubavitcher Rebbe. Enemies of the Jews and the Jewish state recognize the emotional weight of the Holocaust, as shown when they use the Holocaust to attack us. In 2006 and 2016, the Iranian government sponsored Holocaust cartoon contests, in which winning entries portrayed Israeli soldiers as Nazis and another showed Anne Frank in bed with Hitler. People who want to anger or hurt Jews know where our weak spots are.

The importance of the Holocaust to American Judaism is also reflected in both quasi-religious and explicitly religious ways. Typical is the Yizkor service in Conservative prayer books. Over the past several decades, the traditional memorial service has been updated to include a segment paying tribute to the six million Jewish victims. More dogmatically, in language that has become a sort of rallying cry, the philosopher and Reform rabbi Emil Fackenheim made the case that Jewish survival and faith were necessary in order to deny Hitler “a posthumous victory.” Fackenheim was himself a Holocaust survivor and chose the name “614th Commandment” as the title of his ideology, deliberately framing the Holocaust as a motivating force for sustained Jewish life.

Similarly, the March of the Living was founded thirty years ago as an annual pilgrimage starting at the Nazi killing centers in Poland and culminating in a triumphant arrival in Israel. According to its website, the program uses the backdrop of the Holocaust to “strengthen Jewish identity, connections to Israel and build a community of future Jewish leaders.” To date, over a quarter of a million teens and adults have participated in the March of the Living, a program that has proven effective and deeply meaningful to many. The March of the Living is in line with Fackenheim’s admonition to be vigilant Jews, lest the goals of the Nazis be fulfilled decades later through assimilation or other gradual forces. And this approach is typical of the way many American Jews relate to the Holocaust, as individuals and in group settings like classrooms, summer camps, and synagogues.

When I was teenager in the 1980s, it was commonplace for a bar or bar mitzvah child to be “paired” with a boy or girl who was murdered during the Holocaust. In subsequent years, I have attended many b’nai mitzvah where the Torah reading was demonstratively made using a scroll salvaged from a destroyed European Jewish community. I have sometimes felt ill at ease with such direct linkages. Yes, I am aware that this discomfort may sound surprising given my career choice. Furthermore, I am the daughter of a Holocaust survivor, and I consider remembrance in perpetuity to be a moral imperative. But should it be a feature of a Jewish milestone based on religious learning and celebrating a maturing young person? Should we choose a trauma of unprecedented proportions to be the preeminent thing that defines or unites us as American Jews? Or, should we focus instead on inspiring stories from the State of Israel, or on the rich Jewish textual tradition, or on Jews as creators, as artists, scientists, or philosophers over the millennia? What about God and our place as a covenantal people? Is it healthy—or even sustainable—to define ourselves primarily in terms of a legacy of victimization?

Not everyone believes that this centrality is healthy or proportional. Since the late 1960s, sociologists have referred to the concept of “civil religion”—shared values that transcend ethnicity to offer broader social cohesion. There are many such holidays and values in American society: the generosity celebrated at Thanksgiving, for example—the celebration of individual merit and hard work triumphing over modest beginnings. For many Jews and the organizations they support, the Holocaust has become one of the pillars of our civil religion—a way to keep history alive and spur new generations to act in Jewish ways.

Jacob Neusner (the eminent Jewish studies scholar) was among the earliest and most emphatic of the critics of the American Jewish relationship with the Holocaust. Neusner argued that an emotional connection to the Holocaust and the State of Israel had come to supplant a more substantive and positive sense of Jewishness based on faith and learning. Similarly, the literary scholar (and translator of the Hebrew Bible) Robert Alter has called the American Jewish focus on the Holocaust “the epidemic excess of a necessity.” Writing in 1981, Alter rejects the burgeoning centrality of the Holocaust in American Judaism, arguing that it “may be more than anything else an appeal to Jewish masochism, an attempt to base collective identity on a sense of dread or—if we are utterly honest about these matters, on the special frisson of vicariously experiencing the unspeakable, in the material comfort and security of our American lives” (“Deformations of the Holocaust,” Commentary 71.2, 48–54)

Alter’s provocative remark about the sense of thrill of some kind of claim of proximity to the horrors of the Holocaust, rings true to me. American society celebrates people who publicly share their personal pain and channel it into something positive. Sandy Hook parents lobby for gun control. Cancer survivors raise research funds through highly visible charity walks. As a teenager, I repeatedly nudged my father, “Why won’t you talk about what you went through, Daddy?” In some morbid way, I was proud to be just one degree of separation from tragic events, as if it might make me seem deeper than the average Midwestern teenager. The survivor is accorded a kind of privileged status, that of someone who passed through hell and lived to tell the tale. Many times I have heard young people being reminded that they are the last generation to know survivors personally—that they will take on the burden of witness once the last survivors die. This passing of the generational torch makes it even more tempting to treat Holocaust history with religious reverence, instead of as a real historical event in a longer chain of Jewish history.

By extension, when anti-Semitism seems resurgent or at the least more visible in the United States, most notably on college campuses or at the neo-Nazi march in Charlottesville, Virginia, in August 2017, it almost feels like a nightmarish wish fulfillment on the part of anxious American Jews. See, we told you we were right to remain on guard! But do Jews need anti-Semitism to unify or galvanize them?

If this characterization makes you uncomfortable or seems unfair, I think all of us would agree that the Holocaust is invoked and analogized in service of politics today, by both Jews and non-Jews. For American Jews, the Holocaust both gives impetus to speak up against injustice (on domestic issues like civil rights and policing, or foreign policy ones like refugees and military interventions); and it also grants Jews credibility as an oppressed people who can empathize with the persecuted. Memorializing those murdered by the Nazis and their collaborators as “martyrs” also transforms their deaths into a sacrifice with meaning, one that can be embraced by other people of religious faith beyond the Jews.

The paradox of the dominant American Jewish approach to the Holocaust is that it is both the vehicle to define our distinct identity, our separateness, and it simultaneously works to draw us closer to the non-Jewish majority. The legendary Jewish historian Salo Baron criticized what he called the “lachrymose view of Jewish history,” which stressed persecutions and Jewish suffering in place of a more nuanced understanding of Jewish-gentile interaction. Are Holocaust education and memorialization different from or consistent with a Jewish tradition that has always made a ritual out of remembering tragedies from the past? How do we achieve balance between painful memory, and literacy in Judaism and other Jewish historical events and culture?  Grappling with these difficult and persistent questions can help us reflect on how the Holocaust has shaped our collective American Jewish identity and consider the role we want the Holocaust to play in shaping our Jewish future.

This essay is adapted from a video lecture included in Beyond Dispute: Debates That Shape Jewish Life, a forthcoming adult education toolkit that takes us beyond the conflicts at the heart of Judaism to uncover underlying questions and build a more inclusive view of the Jewish past, present, and future.