Why Did the Seleucid State “Persecute” the Jews? 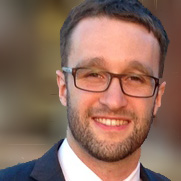 A moment of religious crisis, or of bureaucratic management? The Heliodorus Stele (left), recording the appointment of Olympiodorus as regional “overseer of the sanctuaries,” and Raphael’s The Expulsion of Heliodorus from the Temple (right), depicting Heliodorus (possibly the same man) attacked by divine forces (as told in 2 Maccabees 3).

The familiar version of the story of Hanukkah is one of Jewish agency. Jews were persecuted and then, under the Hasmonean banner, successfully defeated the Seleucid conquerors, drove off the persecutors, and rededicated their Temple. But this telling omits why the Seleucids “persecuted” the Jews. This is an aspect of Hanukkah that’s poorly understood, but recent scholarship helps to explain the Seleucid perspective.

When they conquered Jerusalem, the Seleucid kings allowed the Jews to be governed under their own laws (i.e. the laws of the Torah). However, in the years preceding the Maccabean Revolt, some Jerusalemites had petitioned to form a Greek city (polis), Antiocheia, which existed inside and alongside the Jewish city of Jerusalem. After the events of 168 BCE (probably rebellion or unrest—we have no direct sources on this), the Jewish community lost its local rights, including control of the Temple and the ability to administer itself under their own laws. The Temple was handed over to Antiocheia. This Greek city now also ruled over the Jews, who lost their corporate status and become serfs of the city. The new city also mandated a series of cultic gestures, including participation in civic festivals and a ruler-cult that worshipped Antiochus.

These acts were fairly typical Greek civic practices in the Seleucid world. However, the Jews who lived in Antiocheia-Jerusalem experienced them as persecution and, as a consequence, rebelled. This historical context of Hanukkah reveals the Seleucid perspective on the Maccabean rebellion, and might make us cautious about accepting simplistic narratives of persecution and agency.