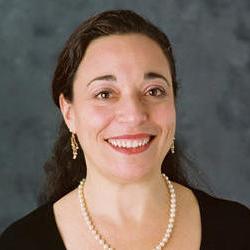 When we think of Parashat Noah, we envision a story that everyone is familiar with from early childhood. In our mind’s eye we can see the ark with its tiered decks and Noah swathed in a white robe, looking out the window as a dove flies off toward a rainbow in the background. If that image is not familiar, a trip to any local bookstore (especially one with a children’s section) will provide a variety of options. Noah figures prominently in our mental version of the story, as he does in Genesis, but is the text focusing on him and his actions, or is the Bible emphasizing something else?

At the end of Parashat B’reishit, we are told that humanity in general had become consumed with wickedness and that people were continually thinking evil thoughts (Gen. 6:5). It is in this context that we start to get statements about Noah, and we are told that he “found favor with the Lord.” (He is mentioned in the genealogies of chapter 5, but there we are given only statistical information.) In our parashah we read that Noah was “a righteous man: he was blameless in his age; Noah walked with God” (Gen. 6:9). Our Sages did not reach consensus in their understanding of this verse. Is this to be regarded as a compliment to Noah and his moral fiber—he was truly righteous regardless of those around him, and was therefore saved by his own merit—or is this verse to be understood in a comparative way, in relation to the society at large: Noah was “blameless,” but in any other age he would not have been an outstanding individual.

It is no wonder that our Sages could not agree on how to interpret Noah’s character because the issue is complicated; the Bible does not afford us much information. Noah never speaks (a phrase such as “and Noah said” does not occur in the text at all), and he rarely initiates action. There are two occasions where Noah acts completely on his own initiative, and they show both a positive side and a negative side of him. The two episodes in question are both after the Flood (Gen. 8:20-21 and 9:20-22). First the positive: after Noah and his family leave the ark in safety, Noah, unprompted, builds an altar and offers “burnt offerings to the Lord.” But then, after God makes a covenant with humanity, Noah plants a vineyard, drinks the wine, becomes drunk, and is then involved in a sexual incident whose details are unclear, but which definitely violates some strong prohibition. A straightforward reading of the biblical text does not teach us much about Noah. But Noah’s righteousness not withstanding, one thing remains unambiguous: we are to understand that the generation preceding the flood was marked by gross immorality.

That there are ancient Near Eastern antecedents to the biblical account of the Flood is well known and not surprising. In ancient literature, the cosmic flood could be seen as a point of demarcation indicating the end of primeval time. In ancient literature including the Bible, postdiluvian chronicles are much less fantastical than antediluvian accounts. The flood story found on the eleventh tablet of the Babylonian Epic of Gilgamesh is the best known of the ancient deluge accounts, and is probably the best known of all ancient Near Eastern texts. The Epic first made headlines in the early 1870s when it was initially published and recognized as an early parallel to the Flood found in Genesis. A reading of both stories shows that they share a basic structure and plotline. Both tell how a decision to bring an end to humankind is made in heaven and how one man is singled out to build a boat in order to save himself, his family, and all the earth’s animals. After it is built and loaded, the door to the boat is shut and a ferocious Flood covers the earth. Once the Flood abates and the waters start to recede, the surviving “hero” sends three birds out in sequence to ascertain if the land is fit for the survivors to settle. After everyone disembarks in safety, the “hero” offers sacrifices, and God (or a god) comments.

The similarities between the stories are striking, and the scholarly consensus maintains that these parallels are not random. But it is the differences, sometimes very minor differences, which enlighten our understanding of the biblical account and the polemical statements it makes. The survivor of the Flood in the Epic of Gilgamesh, Utnapishtim, is instructed by the god Ea to, “Go into your ship, batten the door!” A few lines later Utnapishtim relates that when the “appointed time arrived . . . I went into the ship and battened the door” (Gilgamesh XI, lines 88–92). Genesis 7:16 ends similarly, in that after Noah’s family and all of the animals entered the ark, “the Lord shut him in.” The difference here is subtle and does not alter the outcome of the story. Does it really matter who shuts the door to the boat? Indeed it does. The Bible is teaching us something about God. God determines when the preparations for the ark are complete, and God actively participates in the saving of the inhabitants of the ark, for it is God alone who is in total control.

The concept of God’s overwhelming control and power is highlighted by the differences in the two texts, in their description of the turmoil of the Deluge. God commands what would later be called “nature,” so when it is time for the Flood to abate, “God caused a wind to blow across the earth, and the waters subsided. The fountains of the deep and the floodgates of the sky were stopped up” (Gen 8:1b-2a). God alone brings the Flood and remains in control of it. This is not the case in the Mesopotamian analogue. As would be expected in a polytheistic text, the gods together bring the Flood, all doing their own jobs to open the waters upon the earth. But in the cuneiform version, the gods are not fully in control; their power is limited. “The gods became frightened of the deluge, they shrank back and went up to Anu’s highest heaven. The gods cowered like dogs, crouching outside” (lines 110–120). God’s power is demonstrated in relation to Noah and the inhabitants of the ark, and that control extends to all elements including the Deluge that wiped out all of creation.

There is another aspect of the biblical God that becomes clear after viewing the two Flood narratives together. When Utnapishtim begins his story, he tells that the “great gods resolved to bring the deluge” (lines 10f); no further motivation is given. And when Utnapishtim loads his boat, he brings his immediate family, the “seed of all living things,” and he also takes his larger extended family, the skilled craftsmen, and even silver and gold. Noah’s cargo is much more limited. He takes his immediate family, the animals, and supplies. The disparity between the inhabitants of the two boats relates to the difference in the rationale for the Flood. There is no rationale given for the Flood in the Epic of Gilgamesh; the gods bring the flood on a capricious whim. As such, there is nothing wrong with the antediluvian society, so Utnapishtim can bring with him all that he would need to recreate the society that was destroyed, including the silver and gold that could rebuild the economy. The Bible is quite clear: God is not capricious, the Flood was not brought on by a whim. We are told from the outset that the pre-Flood world was corrupt; Noah had to build anew from scratch, no element of the old human world other than Noah and his immediate family could exist. It is God’s morality that drives the story.

It is in reading these accounts together that we can begin to see that the biblical story of the Flood is not about the deluge, nor is it about Noah; rather, it is about God, that is, God’s all-encompassing power and God’s unique morality.

The publication and distribution of the JTS Commentary are made possible by a generous grant from Rita Dee and Harold (z”l) Hassenfeld.
Originally published October 28, 2006
More on Noah More by Sharon Keller More in Torah Commentary