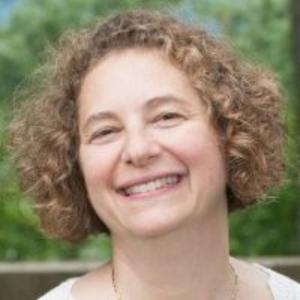 In blessing
are you blessed,
and in multiplying
are you multiplied,
eleven stars
become twelve tribes,
your dream of progeny
radiating
at the turning point,
where the thirteen ways
of God
are One.

And you,
upholder of the world,
are hidden
in the sum
of their completion,
concealed
in your answer
to the first question.

“Echad Mi Yodea” is a traditional cumulative-number song found in the Haggadah. Each verse circles back to the Oneness of God.

Eleven are the stars of Joseph’s dream.
Twelve are the tribes of Israel.
Thirteen are the attributes of God.

I wrote this poem for my teacher and friend Avraham Holtz, Simon H. Fabian Professor Emeritus of Hebrew Literature at JTS. More especially, it was written in honor of the birth of his 12th grandchild around Passover time. He mentioned this event to me by quoting “Echad Mi Yodea”: just as 11 increases to 12, so had his clan increased from 11 to 12 grandchildren.

I realized that in bringing the poem to closure with 13 and adding the three numbers together, I arrived at 36, a number which also has symbolic significance in Jewish tradition: according to mystical lore, the Lamed Vav Tzadikim are 36 hidden righteous people who are upholders of the world. This brought the poem full circle for me, as I regard Avraham Holtz to be among this company.