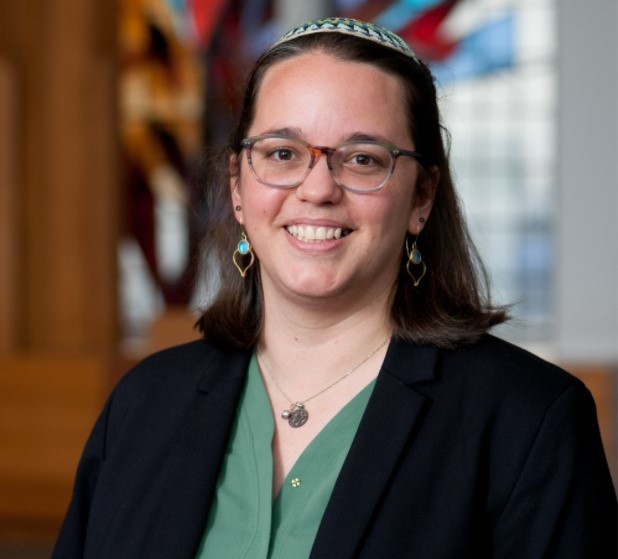 At first, Pharaoh feels sure he’s harming only them. These Hebrews that he’d inherited, who came with a story about some Joseph prince—but who cares about ancient history? In Pharaoh’s view, the Hebrews are merely a tool for building out new garrison towns. What is a Hebrew slave to mighty Pharaoh, a living god among his people? They are an expendable workforce whose suffering is unimportant. Faster and harder they work at Pharaoh’s command.

Yet something deep inside Pharaoh cannot fully turn away from the humanity of his foreign slaves. The hard labor seems only to make the Hebrews stronger, more numerous, and alarmingly widespread through the land of Egypt. Pharaoh cannot disregard them forever. His mind turns to frightening thoughts: What if they become mightier than us? What if they band their splintered factions together to take up arms—or simply open the doors to Egypt’s enemies, joining forces with the very foes the garrisons are meant to keep out?

These thoughts—are they paranoid imaginings or a shrewd strategic vision?—drive Pharaoh to preemptive countermeasures. If he instructs the midwives to kill every newborn boy of the Hebrews, it will stamp out their spirit now and prevent a homegrown rebel army in the future. They will suffer, Pharaoh thinks, while we go on in peace.

Of course, as readers of the Torah know, Pharaoh’s plan must fail. The line between “us” and “them” that feels so clear to him becomes less so in the minds of others. The midwives, Shifra and Puah, refuse to comply with this cruel order and secretly allow all the Hebrew babies to live, lying to Pharaoh’s face about it. Whose side are they on, anyway? The Torah describes Shifra and Puah with a tantalizing ambiguity: their title is הַֽמְיַלְּדֹת֙ הָֽעִבְרִיֹּ֑ת  hameyaldot haivriyot (Exod. 1:15), and commentators have debated for millennia whether this phrase means “the midwives who were Hebrews” or “the [Egyptian] midwives to the Hebrews.” Their stated motivation can be interpreted in line with either reading: they disobey even at great personal risk because: וַתִּירֶ֤אןָ הַֽמְיַלְּדֹת֙ אֶת־הָ֣אֱלֹהִ֔ים (Exod. 1:17).

Translation: “For the midwives feared…” Whom?  How must we understand the object of their awe? Perhaps the midwives revere the Hebrew God because they are B’nei Yisrael themselves. Or it could mean they fear the wrath of their own Egyptian gods, at least more than Pharaoh’s. It could even be that Shifra and Puah are Egyptian but have come to venerate the Hebrew God. Did they lose their faith in Pharaoh’s divinity upon receiving this paranoid and inhumane order?

In a certain light, it hardly matters whether these midwives were Egyptian or Hebrew. Drawing upon a more fanciful folk etymology, we might say that either way Shifra and Puah are truly ivriyot, “those who cross over/transgress.” When they look at Hebrew parents and babies, they don’t see a terrifying “them” like Pharaoh. They see a human “us” worthy of compassion and protection.

Pharaoh, however, still in the grips of terror and self-preservation, must resort to even more extreme measures after the failure of this initial plan:

“Pharaoh commanded all his people, saying: ‘Every boy that is born you shall cast into the Nile, and every girl you shall let live.”

So much for the stability of us versus them. This ambiguous verse does not specify whose baby boys are to be killed—now Pharaoh perhaps threatens the whole populace, Egyptian and Hebrew alike. He has indulged his doubts and fears of “them” to the point of suspecting everyone beyond himself and his household as a potential source of overthrow.

But wait. Is Pharaoh even safe at home? Pharaoh’s daughter, Batya, draws a baby from the Nile and takes him as her own. This child, Moshe, grows to adulthood within Pharaoh’s household, with tremendous power and privilege. And yet Moshe, despite his rarified upbringing, does not draw the lines of “us” and “them” quite as his grandfather Pharaoh does. When he walks through the city, he sees not an expendable-yet-dangerous underclass, but rather, his kinsfolk:

“He [Moshe] went out to his siblings and saw their suffering labors.”

Moshe seems to have expanded his sense of who is “us.” As Rashi puts it, “He sets his eyes and mind to share in their distress,” even though he certainly doesn’t need to take any notice of these lowly slaves. Does Moshe know at this moment in the Torah story that he is of Hebrew blood? Ibn Ezra feels confident that no, Moshe believes himself Egyptian; while Ramban claims that yes, Moshe has just learned his true identity and sees the Hebrews’ suffering with new compassion.

Yet, as with Shifra and Puah, does it ultimately matter whether Moshe thought of himself as a Hebrew? Whatever his motivation, he feels compelled, like the midwives, to notice and resist the injustice he has witnessed in his world. Once he brings a wider swath of humanity into his “we,” he is ready to begin his journey as God’s prophet who will help bring about the redemption of B’nei Yisrael.

How do we cultivate this trait in our own lives, expanding our sense of who counts as “us?” It can seem daunting or even impossible to feel kinship with everyone we encounter in a day, especially when there are so many ills to worry about in our world and so many people who feel quite unlike us.  Social science has amply shown that we human beings tend to gravitate toward our ingroup, those most like us, particularly in times of stress and uncertainty. It is challenging, and perhaps impossible, to overcome this entirely.  Universalism may never fully win out over particularism, at least not until Moshiah comes, but that doesn’t mean we cannot push back on the impulse for the sake of cultivating our compassion and motivating righteous actions.

One habit I find useful—some may call it a mind game, others a meditation—is to carry a connective label on the tip of my tongue: “friend” or “comrade,” or “my fellow human.” My preferred us-expanding label is “neighbor,” which I apply to whomever I see as I walk around the familiar streets of Morningside Heights, bringing everyone closer into my perceived ingroup. I challenge myself to think, “There is my neighbor. This person walking their dog is my neighbor. That cab driver who plowed through the crosswalk is my neighbor. The unhoused folks sheltering in this doorway are my neighbors.” It is a small step, of course, but it invites more connection and less fear, inclining me toward positive and compassionate action when the opportunity arises.

Perhaps, if Pharaoh could have learned to see the Hebrews as his kinfolk, his neighbors, the whole story of the Exodus might have been different.