Translating the Book of Job

By :  The Library of the Jewish Theological Seminary Posted On Nov 14, 2019 | Author Conversations: Between the Lines | Interreligious Social Justice
Download 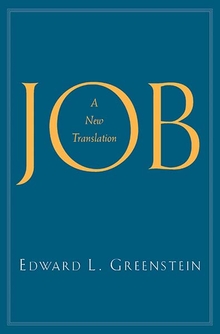 The Book of Job has often been called the greatest poem ever written. The book, in Edward Greenstein’s characterization, is “a Wunderkind, a genius emerging out of the confluence of two literary streams,” which “dazzles like Shakespeare with unrivaled vocabulary and a penchant for linguistic innovation.” Despite the text’s literary prestige and cultural prominence, no English translation has come close to conveying the proper sense of the original. The book has consequently been misunderstood in innumerable details and in its main themes.

Edward Greenstein’s new translation of Job is the culmination of decades of intensive research and painstaking philological and literary analysis, offering a major reinterpretation of this canonical text. Through his beautifully rendered translation and insightful introduction and commentary, Greenstein presents a new perspective: Job, he shows, was defiant of God until the end. The book is more about speaking truth to power than the problem of unjust suffering.

Edward L. Greenstein is professor emeritus of Bible at Bar-Ilan University and a prolific, world-renowned scholar in many areas of biblical and ancient Near Eastern studies.