By :  The Library of the Jewish Theological Seminary Posted On May 25, 2016 / 5776 | Author Conversations: Between the Lines
Download

In this Library Book Talk, Professor Alon Segev discusses his book, Thinking and Killing—Philosophical Discourse in the Shadow of the Third Reich, which deals with the contribution of eight German thinkers to the discussion about the Holocaust and the Final Solution. The book was selected by Knowledge Unlatched to be in their pilot package of 28 academic books that appeared in 2013.

Dr. David Kraemer, Joseph J. and Dora Abbell Librarian and professor of Talmud and Rabbinics, JTS, served as moderator. This event was originally held on Wednesday, May 18, 2016 and was sponsored by The JTS Library. 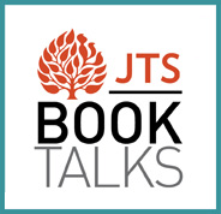 We’ll send you updates about book talks and public programs and exhibits.
x