The View From the Other Side 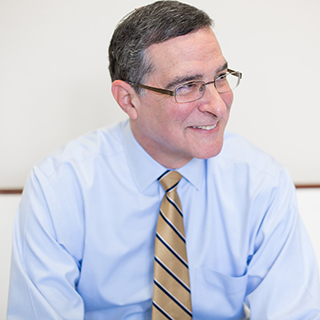 Is the author of this week’s Torah reading, Parashat Devarim, or the author of the entire book of Devarim (Deuteronomy, the last of the five books of the Torah), not paying attention? Or, perhaps, does the author think we have not been paying attention to what we have read or heard in the Torah’s previous several books? The book of Deuteronomy is a retelling of much of what precedes it in the Torah. (In fact, the name Deuteronomy has come to mean “second telling” or “second law,” based on an extrapolated interpretation of the phrase mishneh Torah in Deuteronomy 17:18. There, in context, it means a “copy of the Torah,” but that discussion is for another parashah.) Now, though, why does the fifth book recapitulate so much of what came before it? A closer look reveals that Deuteronomy doesn’t merely repeat material, but actually modifies parts of it. Why does it do this? The very short answer is “perspective.”

There are actually several different types of perspective shifting we can see from this week’s reading. The most obvious starting point is that the book of Devarim comprises a series of speeches that Moses delivers to the people of Israel. In contrast to much of the text in previous books in which God or a narrator speaks—to the people, to Moses, or to the people through Moses—this week, we are told, “These are the words that Moses spoke to all Israel” (1:1). Commentators often consider Deuteronomy as Moses’s valedictory, given his exhortation speeches and farewell addresses. This is his opportunity to remind Israel of their history, their challenges, their responsibilities, and their potential as a nation. This is his time to lay before them what the bonds of their shared past can create for them, with each other and with God. Yes, the parashah is even more. It is Moses’s chance to explain the role he played in forming and enabling their identity as a people. It is the time—nearing the last time—he can remind them, or even scold them, how much they owe to him. He tells them what he did for them, what he risked, and that he put his life on the line to keep them alive as a people, God’s people: “Because of you the Lord was furious also with me” (1:37).

Deuteronomy is essentially Israel’s history and future from the perspective of Moses. Let’s consider just one small example of how Moses recasts what we had read previously. In Exodus 18, it was clear that Moses was overburdened with his widespread judicial tasks. Seeing the toll such demands were taking on Moses, his father-in-law, Yitro, suggested the creation of an entire judicial system, with the appointment of others to handle smaller cases while leaving only the major disputes for Moses himself. That was sound advice for Moses and for the entire people. (Similarly, when Numbers 11 recounted Moses’s exhaustion and frustration, it was God who advised Moses to gather 70 elders to aid him in his task, apparently the task of prophecy.) However, Deuteronomy reflects a different leadership style for Moses. In this parashah, Moses claims that he was the one who told the people that others should be appointed to share judicial responsibility (1:12–18). Maybe Moses has learned to delegate authority by now, but it is more likely that Moses’s perspective in recounting past events paints a picture of his leadership skills that is different from what we saw in the earlier books. Devarim shows us how much personal perspective shapes our impressions.

Let’s explore one other aspect of perspective in this week’s reading, that of geography. The first verse of the parashah tells us where Moses was when he spoke. However, that may not be as simple as it seems. Deuteronomy 1:1 explains that Moses spoke to all Israel “be’ever hayarden” (on the other side of the Jordan). Ask yourself this two-part question: where were Moses and Israel at the time, and which is “the other side” of the Jordan River? Rabbi Samuel ben Meir (a renowned 12th-century biblical commentator from north-central France, and the grandson of the even more renowned commentator Rashi), spells out for us both the question and an answer:

Here’s the complication: The biblical text says that they were “across the Jordan” (i.e., to the east of the Jordan). It is clear that the Israelites were still east of the Jordan when Moses was addressing them. To make sense of the verse, Moses’s vantage point or perspective would have situated him within Canaan, but we know from the poignant end of Deuteronomy that he was never permitted to cross the Jordan into Canaan, and never set foot there.

There are at least two ways to deal with the problem. One approach reflects the perspective of modern biblical scholarship that the book of Deuteronomy embodies many significant differences from the rest of Torah, and may well have been written later than the previous four books. (For our current purposes, we shall bypass when and where Deuteronomy might have been composed.) However, if we turn back to Rashbam, we can find another possible solution to the problem. In several of his other comments (e.g., to Numbers 22:1 and Deuteronomy 1:1 and 32:4, as pointed out in the notes in David Rosin’s 1881 publication of Rashbam’s commentary on the Torah), Rashbam suggests why Moses might have referred to the  eastern side of the Jordan as “the other side” (or “across the Jordan”) even though he was still on that side when he used the phrase: Moses was writing for the benefit of future generations. In other words, he was writing from the perspectives (both temporal and geographic) of those who would come later and would already have settled in the land of Israel, on the  western side of the Jordan, now sometimes called Cisjordan. In that case, the “other side of the Jordan” would have been what is now often called Transjordan (i.e., to the  east of the Jordan River).

Thus, Parashat Devarim begins the final book of the Torah and, among its many lessons, reminds us of the importance of perspective. As we pray and work for peace in Israel—and in so many other parts of the world—we are well instructed to realize that virtually every party to a conflict sees events from only its own perspective. Perhaps that realization and an effort to move beyond it will help us make the transition from this week’s haftarah of woe just before Tish’ah Be’Av to next week’s haftarah, for a time of consolation and reconciliation.