The Revelation in Sci-Fi 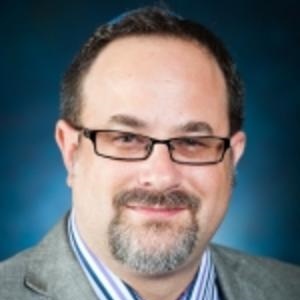 As the sun rises over a craggy, barren landscape, the first rays of light penetrate the cavernous sleeping quarters of a family of primates. Off in the distance arise the sounds of an other worldly choir, an inchoate chorus. Agitated, the apes approach the entrance of their cave, situated on the side of a desert mountain, and find a mysterious object—a thin, pitch-black, rectangular monolith—standing erect, singing to them. At first one ape, then two, and then all of them approach the monolith, touch its smooth, black surface, and are in turn touched by it. These primates—our ancestors—receive the gift of cognition, enabling them to evolve into Homo sapiens who transcend their earthly confines and literally ascend into the heavens aboard human-engineered space vehicles.

The scene described above is the “Dawn of Man” sequence from Stanley Kubrick’s iconic adaptation of Arthur C. Clarke’s 2001: A Space Odyssey. This scene has always struck me as a Jungian meditation on the Sinai Revelation of Exodus 19–20—how the notion of a divine revelation of tablets on a mountain became part of the collective human unconscious. In my reading of the scene, the ancestors of human beings experienced the revelation of the monolith in our distant past,and that experience emerged as the Sinai revelation in the literature of Biblical Israel.

I see the “Dawn of Man” scene as a modern aggadah on the central narrative of Shavuot. It testifies to the Sinai Revelation’s continuing hold on our imagination. How we tell and retell this founding narrative also helps us understand how we interpret the human condition and the relationship between the terrestrial and celestial realms.