The Power of Collective Prayer 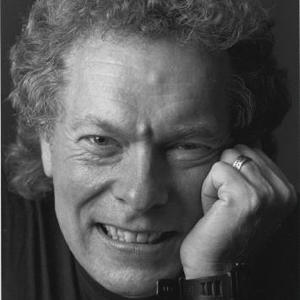 There are powerful moments when a community comes together, moments in which each individual feels his or her energy directed to common purpose. At such moments, we can experience ourselves as transcending ourselves; the group energy has raised us to new heights.

There are times when I have felt that in a congregation during Neilah. Each of us has worked hard during the day at serious self-examination and deep reflection. Each of us has suffered the fast, has tried to sound out the words of the liturgy, listened to the call of the cantor, and responded to the haunting themes and music of Yom Kippur. And now we reach the end of the day, we know that we have made it through, and we realize that although each of us has been caught up in personal thoughts, we have been through a common experience, we have come through the day together. So the singing now becomes lusty. I have been in congregations where at the end of the day we quite naturally put our arms around each other’s shoulders; we sway together, and as we sing, we feel it is our voices which hold us up.

Israel crossed the sea and sang. On the night when they first left Egypt, when they fled their slave masters, we can imagine them fearful—fearful of being caught, fearful of the future; we can imagine them solemnly walking into the desert, obediently following Moses, having no idea really of where they were going. But some days later, they truly had their first taste of freedom: their Egyptian pursuers, their cruel taskmasters, had drowned in the sea, and for the first time, they could think of a future, free from fear. One midrash comments that what the lowliest Israelite experienced in that moment was more than any prophet in Israel ever experienced. They knew in a somatic way the freshness of birthing a new reality. A child emerging from the watery womb cries and that is the first sign of life: the Israelites, knowing their first moments of birth as a nation, sang. They had suffered the birth pangs together, and now they looked about and felt held by each other; they discovered that they had become one people.

Jewish liturgy includes the central verse of this Song of Moses—the line attributed equally to Miriam—in the prayer of redemption following the Shema’. Almost all synagogue minyanim sing out loud, “Who is like you, Adonai . . . ” Mi chamocha ba-eilim Adonai . . . “ It is as if this moment of prayer attempts to recapture the original moment of prayer when a multitude of Israel came together and sang as one people. Our tradition placed the verse in the blessing that celebrates redemption, perhaps hinting that we could achieve redemption if we could recapture the sense of our singing together, in harmony.

When we sing in chorus, we are caught up in something larger than ourselves, moved along by all those who are alongside us, with us. We sing our song, listening carefully to get our own lines right, but we also must attend to what is happening around us, sing to the common beat, enter at the right moment, even be silent when that is called for. We hear our own single voice alongside the others, and in that collectivity, we experience a power that is greater than the sum of all the singers. We are conscious that we are giving voice to a moment that we could never create on our own.

Moments of feeling at one with a community are extraordinarily rare. The Torah itself notes that almost immediately after the crossing of the sea, the people Israel once again fell into old patterns—they complained to Moses about life on this desert march: the lack of food, the endless search for watering holes. They even looked back to Egypt as an idyllic time.

Some of the rabbis who authored our midrash, when viewing the biblical story and noting how both before and after the report of the Song at the Sea are told of Israel’s recalcitrance, could not imagine that even as Israel crossed the sea there could have been a moment when Israel transcended itself and became a single-minded people recognizing God’s power. These rabbis point to the initial Hebrew word prefacing the Song, “then,” which in Hebrew, as in English, ambiguously may refer to a past event or to a future one. Similarly, the Hebrew verb in that sentence is equally ambiguous and could be translated in the future tense “will sing,” or as past “sang.” Playing with the grammatical possibilities, this rabbinic midrash argues that the Song at the Sea was never sung, but is instead a future promise of a time when we will be able to sing as one people. The Song at the Sea is a song yet to be a sung—a triumphant melody for which we yearn. In this version, the community we aim at is always a hope but never quite achieved.

So what are we to feel as we include the Song at the Sea in our daily prayers, as we sing together as a congregation on Shabbat?

Might we not be transported in such moments? Can it not happen that in that moment of prayer, of collective song, of ancient words repeated yet again, some eternal moment is created by us? Or is our singing of this line a messianic wish that some day we might truly experience the truth of this line in song? Is the moment of feeling a common community inevitably out of our reach, or can we so inspire each other that we are able to overcome our fears, overcome our aloneness, and raise each other up?