The Monumental Act of Listening 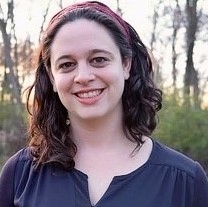 Parashat Vayetzei brings us to a climactic moment of a 20-year conflict between Jacob and Laban. When Jacob came to Laban’s house after tricking his own father and brother, Laban made him work for seven years to earn the right to marry Rachel, only to be tricked into marrying Leah. So he worked seven more years and finally married Rachel. More hiding and trickery ensued, until finally Jacob decided it was time to leave this toxic dynamic and he snuck away with his family. But Laban caught up to them and, after years of deceit, they had it out with each other, putting everything on the table once and for all: Laban was hurt that Jacob had left without giving him a chance to say goodbye to his children and grandchildren; Jacob was resentful for the years of hard labor, lies, and harsh treatment. (Gen. 31:26-42)

You can picture Jacob and Laban going at it: arms flailing, chests heaving, spit flying out of their mouths in their urgency to release feelings and resentments that had been percolating beneath the surface for years.

But somehow amidst the venting, they realized two things: they are family, forever connected whether they like it or not; and, at its core, their conflict was founded on secrets and trickery, on the ways they hid the truth from each other about themselves and their plans, hopes, and goals. In this moment, after finally listening to each other’s pain, they realized their common humanity and the ways we all hide parts of ourselves from each other.

So they took a deep breath and agreed to a pact, ceremonially marking the occasion by building a monument of stones and eating a meal together. (vv. 43-46) Perhaps in the act of building together and eating together, they were even more able to access their new understanding of one another, their shared embodiment and enactment allowing them to tap into wells of empathy that ran even deeper than listening and sharing.

Even after coming to a truce, the two men could not agree on a name for the monument, but the biblical narrator tells us that the place is called Mitzpah meaning, “May God keep watch between you and me since people are hidden from one another.” (v.49)

Master educator Parker Palmer wrote, “The more you know about another person’s story, the less possible it is to see that person as your enemy. . . . When we share the sources of our pain with each other instead of hurling our convictions like rocks at ‘enemies,’ we have a chance to open our hearts and connect across some of our greatest divides.” (Healing the Heart of Democracy: The Courage to Create a Politics Worthy of the Human Spirit, 5-6) Although the multi-day chase and culminating shouting match between Laban and Jacob may not be the best model of what this looks like, they achieve what Palmer describes. Once they paused their fighting, they took the time to hear each other’s stories, to learn about what brought pain within their relationship, and they crossed the divide that had pushed them apart. They were finally able to stop seeing one another as enemies, and instead opened their hearts enough to form a pact and to share food.

These kinds of conflicts can be as transformative as they are difficult.

In a midrash about this moment, Rabbi Yohanan describes the mound that Laban and Jacob constructed to commemorate their amnesty, saying the pile of rocks they created was “as large as the peak of Tiberias.” (Gen. Rabbah 74:13) It is unlikely that these two men were able to construct anything on the scale of a mountain. Perhaps Rabbi Yohanan is suggesting that it felt monumental—this moment of them witnessing each other, of revealing parts of themselves that had been hidden for so long, was so significant that even the smallest stack of pebbles felt like reaching the summit of a mountain for this family.

In our daily morning liturgy we recite,

“Today and every day, grant us grace and love and compassion in Your eyes [God] and in the eyes of everyone who looks upon us.”

Every day is a new opportunity for connection. The next time you meet someone new, gather with loved ones, or encounter someone who challenges you, I hope you are blessed with the understanding that Jacob and Laban experience when they finally came together over a meal at Mitzpah, the mountain of pebbles that witnessed these relatives truly meeting one another for the first time. I hope you have the opportunity to feel what it is like to be truly seen with grace and to compassionately uncover what is hidden in the person sitting across from you.