The Lesson of Egypt 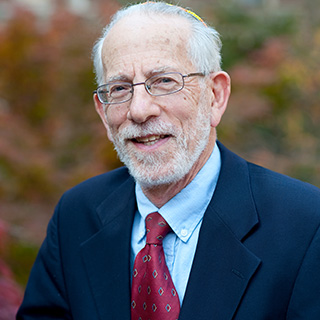 Last week’s parashah contained a magnificent description of the revelation at Mt. Sinai. The scene was dramatic: The people were gathered at the foot of the mountain as Moses ascended. There was smoke, fire, thunder, and loud sounding of the shofar. Then God revealed Himself and gave the Ten Commandments. The Ten Commandments represent the first laws of the mutual covenant between God and Israel, and this week’s parashah contains more of these laws which collectively are known as sefer habrit, “The Book of the Covenant.” Our sages long ago pointed out the fact that our parashah starts with the Hebrew word for “and”, ve’eleh hamishpatim (and these are the rules) indicating a direct connection between the Ten Commandments and “The Book of the Covenant.” Both were given on Sinai.

This covenant between God and Israel became the cornerstone of Israel’s legal system and the foundation of Israel’s national, cultural, and religious life. Throughout its later history, the nation was judged as to how it measured up to keeping the covenant. Prosperity was attributed to its observance and misfortune to its non-observance. The prophets who arose at various points in Israel’s history were the great defenders and spokespeople for the covenant: they warned, cajoled, and threatened the people to keep the covenant. They repeatedly charged that the nation had violated its covenant with God and optimistically hoped that the people would return to it. What is remarkable about this collection of laws in the covenant is the combination of criminal, civil, and ethical law entwined together. Thus amid laws dealing with safekeeping of property, seduction, sorcery, bestiality, idolatry, and blasphemy are humanitarian laws dealing with the protection of the ger (stranger), the widow, the orphan, and the poor. These four groups constitute the classic biblical categories of disadvantaged people: those without power and without legal protectors, who must depend on the good will of society to help them.

Of all the laws concerning the disadvantaged, there is one which is constantly repeated in many parts of the Torah, that is, the law enjoining the Israelites not to oppress the stranger. It is an astonishing fact that the Bible has more laws dealing with the protection of the stranger than with any other law, including honoring God, observing the Sabbath, festivals, etc. Obviously, for the biblical legislator, concern for the stranger was considered a religious value of supreme importance. The law concerning the stranger reads: “You shall not wrong a stranger (ger) or oppress him, for you were strangers in the land of Egypt” (Exodus 22:20) and, when it is repeated, the phrase “you know the mind of a stranger [for you were strangers in the land of Egypt]” is added (Exodus 23:9). The reason given for not wronging the stranger is only an ethical one: the Israelites were once strangers in a foreign land and so can empathize with the experience of foreigners in their own land. This is borne out by the language which is used in the verse where the Hebrew verb lahats (to oppress) alludes to the situation of the Israelites in Egypt. Their treatment there was described with the same verb: “I have seen the oppression (lahats) with which the Egyptians oppress (lohatsim) them” (Exodus 3:9).

But not all of our sages were convinced that mere empathy with the stranger’s plight would be sufficient protection. They were quite familiar with cases of former downtrodden people, now in power, becoming worse oppressors. The Israelites should not think that they could oppress strangers with impunity as if they had no source of help. They do have a source of help: God. Just as the Israelites had the help of God when they were strangers in Egypt, so ultimately divine assistance will help the stranger in Israel.

But who were these strangers (gerim)? Biblical scholars identify them as outsiders who are living apart from their tribes, or as resident aliens, people who have left their own countries and are now residing among the Israelites either for a short or an extended period of time. Being strangers, they would be natural targets for discrimination and abuse because they lacked the natural protection of their own clans or communities. The Bible, by its repeated admonitions on the strangers’ behalf, appeals to the Israelites’ better nature and the historical memory of their experiences in Egypt. Some rabbinic commentators specify that the prohibitions against wronging the strangers refer to abuse in commercial activities. Because the stranger has left his homeland and has come to a new place, he is at an economic disadvantage and easy to exploit. The stranger must not be exploited economically, neither by overcharging nor by high taxes.

In the Talmud (Baba Mezia: 59b), Rabbi Nathan derived a moral lesson from this discussion: “Do not reproach your fellow man with a fault which is also your own,” or as we would say colloquially: “People who live in glass houses should not throw stones.” This lesson of Rabbi Nathan resounds with us today. For 2,000 years Jews have been strangers and religious minorities in foreign lands. We have suffered discrimination and persecution solely for being religious strangers. Now that we have again returned to Zion and control our own destiny, we must constantly remember that not long ago we were strangers in many Egypts.

The lesson is an obvious one. Because of our bitter experience in other lands, we must ensure that all present-day strangers in the modern state of Israel not be subject to discrimination or coercion, and that the religious sensibilities of all minorities be respected. For the Torah tells us never to forget that once we too “were strangers in the land of Egypt.”

The publication and distribution of the JTS Commentary are made possible by a generous grant from Rita Dee and Harold (z”l) Hassenfeld. This is a reprint of a commentary from 5758.