Tears at the Moon 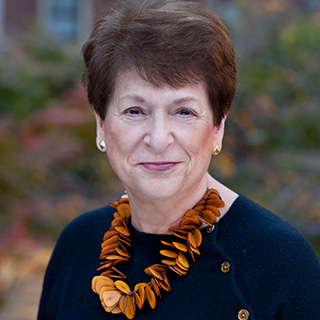 Throughout my youth, I sat next to my grandmother in the synagogue. When we recited the Blessing Over the New Moon, in which we beseech God for a spiritually rewarding life that knows no physical impediments, my grandmother would cry. Each month, I remember her tears and they deepen my understanding of the prayer.

My tears come at the poignant beginning of Va-ethannan, when, in a few sentences, God denies Moses’s request to enter the Land of Israel and will allow him only to see its full extent from Mount Nebo (Deut. 3:23−28). Moses tells the people his fate, and dies after viewing the Land (Deut. 4:22; 34:1−5). It has always seemed tragic to me that the man who performed such a heroic role in the history of the Jewish people—who had the leadership capability to create a nation out of a group of slaves and became their lawgiver, judge, and intercessor before God, and who guided them through a very difficult physical and spiritual journey of 40 years’ duration—should be denied his last wish because of one misstep, striking the rock at Kadesh to obtain water instead of following God’s command and talking to it (Num. 20:6−11). It would seem that because of Moshe’s greatness, God held him to the highest standard of conduct and belief, much as (lehavdil, in a similar but not equivalent sense) a teacher expects more from the brightest students.

In studying Va-ethannan in preparation for writing, I was struck by how many times the root verb ayin-bet-raish appears in those first, moving sentences of the parashah. Although there are many meanings for this verb, the biblical text confines itself to three, the first two being that Moses wants 1) “to cross over” and experience the Land of Israel, which is 2) “across the Jordan,” an echo of Abraham’s crossing through the land of Canaan, promised by God to his descendants (Gen. 12:6). The third meaning, the past tense or preterit of the root ayin-bet-raish, expresses God’s anger in response to Moses’s request. God became angry, va-yitaber. This form of avar appears three additional times in the Bible, twice in Psalm 78 and once in Psalm 89. The first use of the verb to express God’s anger is linked to Moses striking the rock at Kadesh. The second is in the context of the Israelites worshipping idols. Psalm 78 thus repeats two important themes of Va-ethannan: Moshe’s request to God and the command to avoid idolatry.

In the parashah, both of these themes are connected to the concept of seeing or its opposite, the absence of seeing. The consequence of God’s anger toward Moses is that He limits the lawgiver to seeing the Land, instead of physically experiencing it, which might be compared (again, lehavdil) to the difference between seeing the reproduction of a work of art that can never encapsulate its totality—especially for a three-dimensional work like land—and experiencing the actual artwork. In the second chapter of Va-ethannan, Moses’s appeal to the people of Israel to observe God’s precepts regarding idolatry is partially predicated on their experience at Sinai, when they heard the sounds of His glory, but saw no image of Him (Deut. 4:12, 16). Man’s inability to see God is a sign of His uniqueness in contrast to idols that cannot perform even those physical acts of which man is capable (Deut. 4:28). The condemnation of idolatry is reinforced in the repetition of the Ten Commandments: “You shall not make for yourself a sculptured image, any likeness of what is in the heavens above, or on the earth below, or in the waters above the earth, or in the waters below the earth. You shall not bow down to them or serve them” (Deut. 5:7−9). If both sentences of the Second Commandment are understood as one continuous statement, then, as Carmel Konikoff noted, the Bible literally forbids a Jew to make an image for worship. It does not forbid making images per se, only those used by others for worship. The Mishnah listed the forbidden images as the sun, the moon, and the dragon (Avodah Zarah 3:3); Maimonides added that relief depictions of human beings are forbidden as well (Mishnah Torah, Avodat Kokhavim ve-Ḥukkoteihem, 3:10−11). Yet, there are numerous references to existing works of art in the Mishnah and Talmud. Faced with the evidence of these texts, the 20th-century discoveries of ancient synagogue reliefs and mosaics with human and animal forms, and the increasing archival evidence that medieval Jews were artists, historians have concluded that by the 3rd century CE, as the threat of idolatry waned, the rabbis adopted a more lenient position regarding art, and it continued to influence the relationship between Jews and art ever after.

Still, some writers retain a strict view of the prohibition expressed in the Second Commandment. In the late 12th or early 13th century, Rabbi Eliakim ben Joel of Mainz condemned the installation of stained glass windows with images of dragons and lions in the synagogue of Cologne as a transgression of the biblical Commandment. His opinion was often cited by later rabbis, for example, Ezekiel Katzenellenbogen (d. 1749), who commented that if the Jews of Cologne had not “drawn” the glass figures themselves, Rabbi Eliakim would not have demanded their removal. Rabbi Eliakim’s prohibition may have been based on a misunderstanding of the Latin term fecit that often appears in inscriptions on medieval works of art. Fecit—for which Rabbi Eliakim substituted “drew”—can mean “made,” but often meant “commissioned” or “had made.” In the 12th and 13th centuries, the Christians of Cologne built 28 new churches with stained glass windows. It is unlikely that synagogue members established their own workshop to fashion only three panels; they probably commissioned them from existing ateliers. Nevertheless, Rabbi Eliakim’s responsum—which assumed that Jews had made the glass windows, thereby transgressing the understanding of the Second Commandment mentioned above—was cited into modern times by rabbis forbidding images in synagogues.

In the 19th and 20th centuries, as Margaret Olin has noted, a literal reading of the Second Commandment was used by writers to “prove” that Jews never had an artistic tradition and, lacking this essential element of nationhood, had no right to a country of their own. This strict reading of the Second Commandment, coupled with ignorance of the physical and textual evidence for premodern Jewish art, inspired a new form of anti-Semitism.

These comments on Va-ethannan underscore, once more, the multiplicity of readings that biblical texts inspire. Each of us brings to our reading our personal experience and acquired knowledge, which shape new responses to the ancient Torah.

More on Va'et-hannan More by Vivian B. Mann z”l More in Torah Commentary