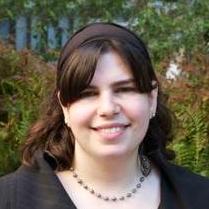 When I read Toledot, I can’t help but have in mind a painting called “Jacob and Esau” by Jose de Ribera. I studied this painting while taking an art history class at the Prado Museum in Madrid many years ago. It is so vivid in my imagination that not only can I recall most of the details, I also can remember the exact location of the painting in the museum. The painting is known for its lifelike depiction of fabrics and the sheep skin on Jacob’s arm used to trick his father. Having this vibrant, detailed portrayal enriches my reading of the text.

Yet having an image so fixed in mind also limits my imagination. This reflects a tension in human interaction and in the text itself. Esau and Jacob are described in sharp contrast to one another. Although having such clear differences between the brothers may have made things simple in some ways, this lack of imagination created opposition and contributed to pain and tension within the family.

Sometimes having a fixed image can limit the potential we expect from ourselves and those around us. Perhaps this is why rereading the text, if only once every year, is such an important practice. The text and the painting do not change, but the circumstances of our lives do, opening the possibilities of interpretation and imagination.