Reflective Learning in the Season of Teshuvah 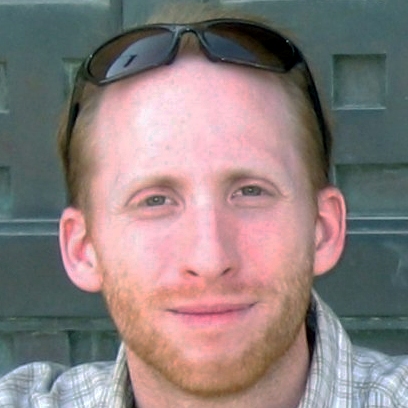 While the formal Hebrew title for each book of Torah is today derived from a word in its first verse, the Rabbis regularly employed a different logic: use a name that captured the book’s main theme.

Vayikra, for instance, was referred to as Torat Kohanim (Laws of the Priests) because the sacrificial system is its primary focus. Likewise, our current book, Devarim, earned the appellation of Mishneh Torah, a reference to Deuteronomy 17:18 meaning “second/repeated Torah,” since the book provides a retelling of the Israelites’ journey from Egypt to the borders of the Promised Land. The title Deuteronomy is actually a Greek translation of Mishneh Torah, and has become standard in English usage as well.

That rabbinic titles aptly capture the source material speaks not just to the Rabbis’ close reading of text but also to their role as formative educators. More than being just descriptive, the title Mishneh Torah makes a powerful pedagogical statement about how the Torah itself guides us to learn, internalize, and live its commandments and narratives.

By devoting an entire book to primarily retelling, we learn that transformational learning requires us to leave adequate time and space (note to educators: one-fifth of the whole in the case of Torah) to reexamine, contextualize, and process what we have experienced. For these reasons, I like to draw upon the language of experiential education to suggest yet another appellation to use when referring to our final book of Torah: Deuteronomy, the book of reflection.

Building upon the work of educational pioneer John Dewey, Dr. David Boud, emeritus professor of Adult Education at the University of Technology, Sydney, has suggested that there are three aspects to the nature of turning reflection into learning:

Through his three farewell speeches in the book of Deuteronomy, Moses serves as a model reflective practitioner, acting not just for himself but leading all the Israelites in this exercise as they prepare to enter the Land. Of course, the inconsistencies between how some of the events are first described in the Torah and later recounted by Moses reveals that this is no strict retelling; rather, it is a deeper reconsideration that leads to new and meaningful insights. One can likewise see the rabbinic enterprise of reexamining the biblical narrative and integrating it into the framework of rabbinic Judaism as continuing this thoughtful process.

A powerful proof text for the Torah’s awareness of the role that reflection plays in learning comes from the following verse in Parashat Ki Tavo:

And Moses called all of Israel and said to them, “You have seen all that the Lord did before your very eyes in the land of Egypt, to Pharaoh, to all his servants, and to all his land; the great trials which your very eyes beheld and those great signs and wonders. Yet until this day, the Lord has not given you a heart to know, eyes to see and ears to hear.” (Deut. 29:1–3)

Several commentators reference an idea from the Talmud (BT Avodah Zarah 5b) to help us understand why it should have taken so long for the Israelites, and all of us today, to attain the “hearts [and minds] to know.” Rashi writes (on v. 6), “No one can fathom neither the depths of his teacher’s mind nor the wisdom of his studies before 40 years. Hence, the Omnipresent was not strict with you until this day; but from now on [since today marks 40 years for the people of Israel], He will be strict with you; and therefore: ‘Observe the words of this covenant . . . ’” as it goes on to say in a few verses later.

We know that the 40 years referred to by Rashi represent not just the passage of time, but the spiritual preparation and reflection that accompanied that period. Moreover, the text is speaking not just to the biblical Israelites, but to all of us up until today who are preparing to enter the Land, a higher spiritual place. Now that we have recounted and pondered the reading of Deuteronomy, we have the capacity to comprehend.

Perhaps the defining role of reflective learning in Jewish life is the spiritual convergence of our reading Deuteronomy during the period leading up to the High Holy Days. By approaching our annual reading of Deuteronomy as a reflective practice, we can more effectively utilize its insight as a key step in the process of teshuvah, which we are engaged in all the way from Tish’ah Be’Av through Hoshanah Rabbah. And we can hopefully recognize and expand the goal of Jewish learning from an intellectual exercise into a far more holistic endeavor in which we seek to deepen our ability to see, hear, and know through our hearts.