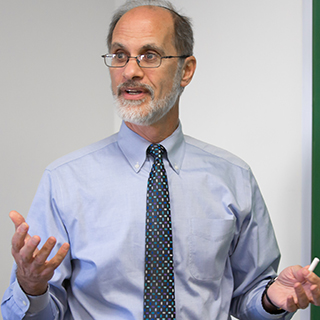 Read the Noah story—the whole thing, from the very end of Genesis 5 and not just from the beginning of the parashah—and you will immediately sense that there is a problem. Why are there so many repetitions, tensions, and outright contradictions? Why are we told twice about Noah’s offspring (5:32 and 6:10)? Why does the story offer two explanations for God’s decision to destroy all creatures, removing them from the face of the earth—one explanation relating to the transgression of the divine/human divide and the wickedness of the human heart (6:1-7), and the other relating to human violence (6:11-12)? And why, in almost a single breath, does the Torah contradict its own representation of God’s command to bring animals onto the ark, first requiring two of every species (6:19) and then requiring seven of each pure species and only two of each impure species (7:2-3)?

These are the problems that made the Noah story one of the primary foundations of the so-called Documentary Hypothesis of biblical origins. In fact, if you divide the story according to the name of God used in each part (Elohim [E] or Jahweh [J]), you will find that the division produces two neat and almost complete stories, each with its distinct version of the Noah tradition. For this reason, many modern critical readers of the text have concluded that what we have here is two original documents (E and J) combined to create a larger whole, but with relative disregard for the issues their combination creates. To be sure, dividing the story eliminates the problems exemplified in the paragraph above, but it does nothing to make sense of the Torah’s story as we have it, whatever its origins.

In the world before the invention of the printing press, a world that was largely illiterate, the tensions and even contradictions we see today when reading the Torah’s text would mostly not have been a problem. When people experience a text orally and aurally—read out loud by a reader whose words they hear but do not see—they tend not to hear tensions or even contradictions, and they certainly cannot go back to compare what they hear now to what they heard before. Consequently, they tend to modify their memory or understanding of the earlier in light of the latter. Repetitions are assumed to be there for emphasis or simply because orality demands repetition for clarity, and tensions or contradictions are smoothed over without the listener even being aware that a problem was there to be solved. In the world where people heard but did not read the Torah, our Genesis 2 (the “second Creation story”) would have been heard as a specification or filling out of Genesis 1 (our “first Creation story”), and the Noah story would have been worked out with similar lack of difficulty.

This does not mean, however, that the difficulties do not exist, and we as readers should pay attention to them. I would like to suggest that the Documentary solution provides us with an important key, but not because separating the stories solves the readers’ problems. When we read the part of the story in which God is referred to by the J name and compare it with the part of the story in which God is known by the E name, we find that the two strands offer us two very different pictures of who God is and the nature of God’s relationship with humanity. First separated and then combined, these two parts offer us, in the end, a very complex theology, one from which we can all learn.

In the J story, God wants to protect God’s status vis-à-vis human beings and other creatures. It is in this story that the “divine beings” sleep with human women, provoking God’s wrath. One expression of God’s wrath is to limit the length of human life to one-hundred-and-twenty years, ensuring a clear distinction between humans and divine beings who live forever. It is in this story that God requires Noah to bring onto the ark seven of every pure animal, because it is in this story that God will demand animal sacrifices of Noah when he emerges from the ark. The God of the Jstory is appeased by the sweet smell of the sacrifices, because they are an expression of human subservience and obedience. All told, this is a God who demands a clearly superior position with relation to God’s creation; the Supreme King to whom all creatures are radically subjects.

The God of the E story is portrayed very differently. The sin that this God sees is human violence; being concerned for human welfare, this God acts against that violence, but S/he never limits the length of human life (this God requires no such radical division between God and humans). This God requires only two of each species—male and female—to board the ark, because S/he will not demand sacrifices; the animals are needed only to perpetuate their species. Instead of demanding sacrifices upon Noah’s exit from the ark, the God of the E story begins by blessing the humans, and then gives them laws. The most important of these laws is the one that protects human life.

Crucially, the God of E then goes on at length to express God’s covenantal commitment to humanity, ensuring that flesh will never again be destroyed by a flood. The fact that this commitment is covenantal—the word covenant (brit) appears in this context (9:8-17) seven times!—is significant. A covenant is a contract, one in which two parties commit to one another by mutual agreement. The fact that this God can enter a covenant with humanity means that S/he views humanity as a worthy partner, not necessarily an equal but also not a radically submissive subject to be commanded and little more.

These are two very different Gods, one jealous and superior, the other caring and available for relationship. How could they have been put together? What is the meaning of the two when represented as one? The answer, I think, lies in our own need for different Gods or, to be more correct, for one God differently imagined. My guess is that most of us are more immediately and naturally attracted to the God of E, the one who respects us enough to make a covenant with us. But such a God would be only partial. We also need a God—the God of J—who is radically superior, one totally unlike us, one to whom we can submit. Perhaps better expressed, sometimes we need the God as represented in one of these stories, at other times the God represented in the other. Put together, as in the Noah story, we have a fuller God, one we can address in all of our complexity, even if God is, in reality, much simpler (i.e., more singular) than these stories express.