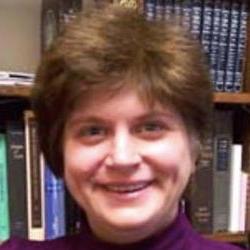 To paraphrase Moses’s meltdown in Numbers 11:11–15, “Lord! I’m so done with them! I can’t take it anymore. These people are nothing but a bunch of whinging losers.” Yet the People are doing what they have been doing since day one of the Exodus: complaining. About the lack of water, the lack of food, and now the lack of meat. So why is Moses losing his temper so completely this time?

The beginning of the book of Numbers presented us with a rather rosy picture: all of Israel encamped by tribe around the Tabernacle, with God’s glory resting in their midst and all of the People preparing for a life of holiness, learning the teachings of the law from Moses. But the continuation of Numbers describes all sorts of mishaps, and blames them on shortcomings of the Israelites. Actually, the differences within the book were so great that Chazal considered the beginning and the end as different books interrupted by a middle section (10:35–36), which is marked by two inverted letters (nun) in the text.

The discrepancy between previous accounts of Moses’s leadership in the face of crisis and what we see now in our parashah seems to imply that something is not working anymore. This is also supported by the lack of angry reactions on God’s behalf on previous occasions of excessive complaints. At those times, God just told Moses to get the People water or made the manna appear, with no anger and certainly no punishment. But here, God unleashes His rage.

The difference is in the nature of the complaints. In Exodus, the People requested basic necessities of survival (food and water), while in Numbers, the complaint is about the menu: “not manna again.” But if that alone was the problem, then surely the one-month “Atkins diet” of meat and God’s flaring rage should have been enough to settle the issue. But the parashah points in a different direction: right before God announces to Moses that He will bring the quail, He instructs Moses to gather 70 elders of Israel (Num. 11:16) so that “they shall bear the burden of the people with you”(11:17). We remember that once before, Moses had been instructed to find others who could assist him (Exod. 18:21–22) in judging the People. Somehow, these selected elders did not really become leaders. In Exodus, they were carefully instructed to apply certain rules in order to judge simpler cases, yet to leave the difficult decisions to Moses. Here the case seems different. God tells Moses that He will share some of the prophetic insight with the 70 elders that Moses chose—elders who had already established themselves as leaders. It says in 11:16, “whom you have experienced as leaders and officers of the people.” So far, so good. But why would it make a difference?

The Israelites’ complaints now have a completely different character. These leaders belong to the same generation of elders who left Egypt, and can remember all the hardships that the People endured there. How will they be able to understand the new generation? This generation is no longer struggling for pure survival, but desires a bit of comfort and luxury. Let’s face it: idealism, enthusiasm, and charisma can be powerful driving forces and overcome enormous obstacles, but they will run out eventually. There will come a time when “when I was your age, I had to walk 15 miles to school, uphill both ways” will cease to make an impression on the younger generation. The hardships and sufferings of previous generations will become part of the collective memory, but they will not be personal, lived memory. And, at one point, they will fail to be the driving force of identity.

Maybe this is how Eldad and Medad (11:26) can be understood. They did not follow the call to go up to the Tent of Meeting with the other elders, but remained in the camp with the People—the same People who had grumbled. Maybe Eldad and Medad were able to see this widening (generational) gap and understand it for what it was: not a revolt, as such, but a normal process of growth and development. The People are slowly transforming.

Eldad and Medad seem to be right. Although they did not go up to the Tent of Meeting, they too receive the spirit of God and speak in ecstasy, this symbolizing their being affirmed as leaders by God. To Moses’s credit, he seems to understand what just happened, and although asked to intervene and stop Eldad and Medad, he recognizes their leadership and maybe also their subtle criticism against the “old guard.” Chazal also mentions that none of the other elders ever prophesized again (as referenced in verse 11:25, “but did not continue”), but Eldad and Medad went on to prophesy “until the day of their death” (Sifrei Numbers Beha-alotekha).