May We Be Known by the Work of Our Hands 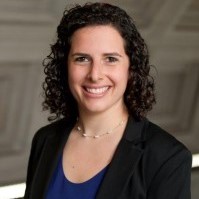 How does deception begin? In the telling of Jacob’s acquisition of nearly all of the first-born advantages granted his brother Esau, the moment is perhaps not what it seems. After hearing Isaac instruct Esau to hunt fresh game to prepare for a meal during which Isaac would offer him a cherished blessing, Rebekah speaks to Jacob:

“I overheard your father speaking to your brother Esau, saying, ‘Bring me some game and prepare a dish for me to eat, that I may bless you, with the Lord’s approval, before I die.’ Now, my son, listen carefully as I instruct you. Go to the flock and fetch me two choice kids, and I will make of them a dish for your father, such as he likes. Then take it to your father to eat, in order that he may bless you before he dies.” (Gen. 27:6–10)

Scholar Avivah Gottlieb Zornberg notes that when reading the text closely, it seems that “nowhere, at first formulation of the plan, does she refer to impersonation or deception” (The Beginning of Desire, 147). She simply suggests that Jacob pre-empt his older twin with a meal of his own. In other words, Rebekah is asking her favored son to simply get there first, which is unfair, but perhaps not as completely immoral as deceit. It is Jacob who assumes from her suggestion that impersonation is the only way to receive his father’s blessing, as he responds, “But my brother Esau is a hairy man and I am smooth-skinned. If my father touches me, I shall appear to him as a trickster and bring upon myself a curse, not a blessing” (27:11–12). Afraid to be seen as a deceiver, yet assuming that is the only way, he then somewhat reluctantly goes along with the plan. Rebekah takes charge and responds to his concerns by draping his arms with goatskin, to better impersonate Esau’s hairy arms.

Jacob’s turn to deception is puzzling for another subtle reason: we already know that Jacob himself is a very skilled cook! In this very same parashah, Jacob serves his famished twin a dish of “red stuff” so enticing, that Esau is willing to give up his birthright to eat it (25: 29–34).

Jacob assumes that impersonation is the only way to fulfill his destiny. Perhaps he forgets that he possesses the prowess to prepare a feast of his own, that his hands are certainly capable of the task. Jacob is not alone in this conclusion. How many throughout history and in our own time have turned to deception (from embezzlement to performance enhancing drugs) to advance in ways that their own abilities could have achieved if they had only trusted them?

For whatever reason, Jacob, with trepidation, resorts to impersonation, and in his encounter with his father, another truth emerges regarding his skilled but now concealed hands.

As Isaac lies in bed, weak, but perhaps underestimated in his cognitive awareness, he calls his son to approach, and feels his arms. Thinking out loud as he tries to determine who is before him, he muses: “The voice is the voice of Jacob, yet the hands are the hands of Esau” (27:22). He seems to know that an attempted deception is taking place: either Esau is pretending to be Jacob, or Jacob is pretending to be Esau. Of course, given that he asked for Esau to come to him, he surely knows it is the latter. Yet, incredibly, he still allows the ruse to play out, eating the meal his wife prepared, and conferring his first-born blessing upon Jacob. The Keli Yakar (Shlomo Ephraim Luntschitz 1550–1619), as part of a longer comment on this verse, suggests a reason for Isaac to reject any other option: “In the end, Isaac used common sense and judged that hands determine more than the voice.”

The hands determine more than the voice. While Isaac seemingly chose incorrectly (though some commentators believe he knew exactly what he was doing), the statement reveals a deeper truth: one’s character is shaped far more by one’s actions than one’s speech. Jacob’s hands do tell us so much about who he is, not just in this moment, but throughout his life.

Unlike other patriarchs and matriarchs, who regularly conversed, argued, and negotiated with God, Jacob occasionally received divine messages, but was truly a patriarch who used his hands. And despite being the “simple tent dweller” in contrast to his active hunter brother, Jacob too has a physicality to his character.  He was born grasping the heel of Esau. He traded a stew that he cooked for a birthright. He deceived his father by concealing his hands. He toiled for 14 years to marry Leah and his beloved Rachel. He wrestled with an angel. He embraced his brother, Esau, and son Joseph in two very emotional reunions. And finally, in one of the final acts of his life, he crossed his arms to bless his grandsons, so that the hand meant to bless the older child blessed the younger. Jacob’s hands held blessing, manipulation, and aspiration throughout his life, and the work of those hands helps us to deeply understand the complexity of his character.

The deeds of our hands can determine our identity. Far more than what we say, we become known by what we do. Midrash Tanhuma Vayak-hel states, each person is known by three names: one that was given by their parents, one that others call them, and one that they acquire for themselves. Perhaps we can learn from Isaac that we become known far better by what comes from our deeds than from our mouths. And perhaps we can learn from Jacob’s quick assumption that he needed to deceive to achieve that our own hands are not inadequate, but rather capable of earning and conferring countless blessings.