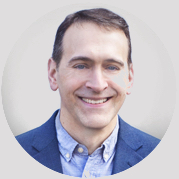 For two weeks this summer, I was a visiting educator at Ramah Sports Academy. My responsibilities were fairly typical for a visiting rabbi at camp: leading classes for campers and staff, supporting a particular edah (age group). But I also had an opportunity to assist the summer mashgiah in assessing and repairing the eruv before Shabbat. The camp’s eruv—a ritual legal enclosure fixed for the purpose of allowing activities such as carrying from one domain to another on Shabbat—was constructed using some of the natural boundaries around camp. To identify the sightline of the trees at the far end of a field or a stream of water that connects one part of camp to another as part of the created boundary, string and small wooden posts (lehim) were affixed along parts of the camp periphery.

When it was my turn to get in the golfcart and check the eruv, I was expecting some fun along with a minimum of physical labor. Yet securing the eruv, and thereby providing others the opportunity to navigate a dimension of Shabbat, offered an occasion to think about the responsibility we hold toward others in our Jewish community. When the work was complete and Shabbat arrived, I had a newfound appreciation for the purposes of eruvin and understanding of kol yisrael arevim zeh ba’zeh: “all of Israel are responsible for each other.” Creating a ritual opportunity and peace of mind for an entire community is a sacred task and, having previously discussed these ancient words with campers, I now had a more personal connection to these safeguards.

There are two possible roots for the words eruv and arevim that are worth exploring against the backdrop of the end of Parashat Shofetim. First, an arev can be a loan guarantor, or standard co-signer—someone who takes responsibility for another. The wordplay between an arev and eruv is interesting because the enactment of an eruv guarantees an individual or community’s ability to observe certain aspects of Shabbat. The second and more common derivation from arevim is mixing, as in a ta’arovet (mixture), when different types of food are combined. An eruv (short for eruv hazerot) is when domains are mixed or blended so that one can carry on Shabbat from one domain to another. Some people feel bound to others by looking out for them, and as the campers discussed, feel connected through others’ actions. Just as an eruv blends domains and reduces the separation between them, the act of putting up an eruv bonds people through collective responsibility.

The very end of Shofetim invites us to examine the idea of Kol yisrael arevim zeh ba’zeh and eruv with the law of the eglah arufah (heifer whose neck is broken). As the text states, when a person is killed by an unknown murderer and the body is found abandoned in a field, the elders of the city located closest to the deceased must go to the body and make a special sacrifice asking for forgiveness that innocent blood has been shed. The elders arrive and say, “Our hands did not shed this blood, nor did our eyes see [this crime]” (Deut. 21:7).

This is a strange remark. Why would the camp elders be associated with this murder or even considered guilty of such an act? And if the elders are not responsible, for what are they seeking forgiveness? The Talmud offers the following explanation, “Rather, [the elders declared:] We did not see him and let him depart without food or escort” (B. Sotah 45b). Hizkuni, a 13th-century commentator, elaborates that a host was responsible for sending a traveler with adequate provision and protection. “According to our sages, one is duty bound to provide his guest with five amenities: food, drink, accompany him a short distance when he leaves, provide him with a bed if he wishes to stay for the night, and to give him an ever so minimal gift on his departure” (Hizkuni, Devarim 21:7). The elders’ expression of failure to look after the person’s wellbeing weighed on them and disturbed them. Their comment suggests a level of accountability they strived for in and beyond their domains; it’s an idea that is inherent to the meaning of a true eruv.

Behind the law of eglah arufah is the principle that one might try being responsible for what occurs outside of the areas where one is fully in control. The law highlights the responsibility of the community (and its leaders) for what they do and for what they might have prevented from being done. The establishment of an eruv does not simply mean that a community is enclosed or surrounded by a wall. Rather, the formation of an eruv indicates that people have created a shared collective, accepting responsibility for what occurs within one’s individual jurisdiction while being compassionate and connecting to what occurs outside it.