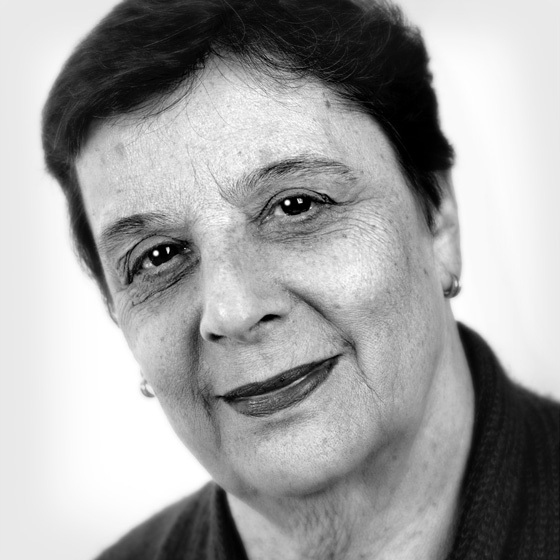 In the mid-90s, Bill Moyers of the eponymous television show invited viewers to watch Genesis: A Living Conversation, the 10 part series he conducted with Bible scholars, writers, psychologists, lawyers, artists, and communal and religious leaders of Judaism, Christianity, and Islam. The invitation frontispiece read: “Rape, fratricide, jealously, temptation, fear, rage, murder . . . Welcome to Genesis.”  Moyers was capturing the powerful “flawed models” nature of biblical heroes that make them eternally accessible and the inescapable truth about the human capacity for evil: “And the heart of man is evil. . . from his youth.” (Gen. 6:5)

What Moyers did not include on the list was “love.” But he should have because love— specifically, love between husband and wife—is central to the story of our founding ancestors; and Hayyei Sarah presents two examples of that love. More significant, the two love stories are interwoven with the two overarching themes of the Torah—the Covenant with God and the unbreakable connection of this people to the historic homeland.

The first love story: Hayyei Sarah opens with word of Sarah’s death at 127 years, Abraham’s response; and his action of purchasing from Ephron the Hittite the best and most beautiful piece of land as an eternal space to commemorate Sarah’s life on Earth. Rabbi Joseph Soloveitchik, reliving his own experience of losing a beloved wife, is sensitive to the Torah’s language of love in Abraham’s bereavement: “And Abraham eulogized her [lispod] and wept for her [livkota].” (Gen. 23:2)

Weeping and mourning are two very different reactions. Mourning or eulogizing is a review of a person’s life, and appraisal, an evaluation. Weeping on the other hand is “a primeval, instinctive reaction to a tragedy, especially one that strikes without warning. It is not a deliberate performance; it bursts forth spontaneously. Weeping is a release of unbearable tension when the whole world seems to be crumbling . . . No one can understand the bleak loneliness and painful nostalgia of a surviving mate. One’s whole world seems dislocated.”

“Abraham first offers hesped, a eulogy, together with many thousands of other adherents of the covenant mourning her departure. Only after he has offered an evaluative presentation of all that she had done, particularly in forming a covenantal community, does he break down in tears and cry. Others could identify with his hesped, but no one could share his personal pain.” (“The Covenantal Role of Sarah” in Man of Faith in the Modern World adapted by Abraham Besdin, 87-88).

It would seem that the title of the parashah and its opening verse—““And the days of the life of Sarah”—is a misnomer; it should have titled  ‘and this is the demise  of Sarah” as titles of parshiyot and opening verses are all about what follows, not what has passed. Moreover, this verse, instead of opening our parashah, should have ended the previous parashah, which was all about her life. Mislabeled and misplaced, this opening phrase beckons us to review and reexamine her life and to learn from the previous narratives of the total dedication, the absolute partnership, the closeness and great love that existed between our founding couple, all of which now explain, or legitimatize, Abraham’s powerful surge of feeling  and extreme sense of loss at his beloved’s passing.

Sarah was his intimate partner all of their married life. She left her family and home to go off into the wilderness with a nomad who had little but promises to offer, all the more remarkable in the eyes of some midrashists who postulate that Sarah came from regal stock. Though she is not explicitly named in accepting the Covenant, the Rabbis show how the Torah’s language can be interpreted as including her in every which way. The Midrash tells us that just as Abraham brought in thousands of male converts, so Sarah brought thousands of women into the Covenant. Just as Abram became Abraham, adding the letter “hey” to reference God’s name, so too Sarai became Sarah.

And more: given the divisions between male and female in ancient society. Abraham and Sarah were surprisingly together in everything they did. They were as close as a couple could be. Even when she is behind the tent door she is within earshot and is engaged in the conversation. Only into the kitchen of a beloved wife can you rush in and say ‘’Hurry, prepare food for the guests,” knowing that she will not take umbrage but rather prepare a proper feast as a partner would want to do. (Gen. 18:1-15)

One glaring exception in the partnership is the Akedah (Gen. 22). How could the husband who consulted his wife on every important matter – including asking her permission to pass her off to the Egyptian pharaoh as his sister [Gen12:11ff] –fail to inform her about the momentous divine request to sacrifice her precious son? Does Abraham steal off without telling her out of fear that Sarah will say no and he will be torn between dedication to God and love for his wife? The Rabbis hint that this failure to collaborate was to blame for Sarah’s death: “After all these things (Gen 22:20)”, Sarah dies. (Gen. 23:2) After what things? After learning that Abraham had intended to sacrifice Isaac to God, she dies of grief and shock. (Genesis Rabbah, 58:5)

After her death, Abraham’s life draws to a close. He speaks with God no more. Yet in light of the interplay between love for his deceased wife and commitment to Covenant and Promised Land, Abraham begins to prepare properly for his own demise. He distributes his fortune to Sarah’s only son, who will carry the Covenant forward. He sends away the competitors—the children of his concubines—and he ensures through a vow he elicits from his servant Eliezer that the next Covenant carrier will not leave the Promised Land. . .as if all of this is his responsibility not only to God but also to Sarah.

The second love story: Rebecca and Isaac. Here the word “love” is explicit. “And Isaac brought her into the tent of his mother Sarah, and he took Rebekah, and she became his wife, and he loved her.” (Gen. 24:67) Some scholars suggest that the word; vayehaveh, and he loved her, implies a sexual relationship. Yet it would seem that the first string of verbs in the sentence—‘brought her into the tent’ and ‘took her’ and ‘became his wife’ would cover sex. Isaac loves her, depends on her; she has made sacrifices for him—leaving behind her home and family, becoming a pioneer woman in the new Promised Land, suffering in her pregnancy to birth a covenantal line. Eventually, she even uses all means of deceit to ensure that the Covenant be passed to the worthy son (although, as with Abraham and the Akedah, this tactic actually damages the relationship).

The message of the Torah in associating human love with divine Covenant seems clear: the ability to love another requires an ongoing commitment. Human love becomes the paradigm for a covenantal partnership with God. Furthermore, without a readiness of human partners to create new generations, there can be no continuity of Covenant. To love God you must know how to love your human partners on earth.

Similarly, the Hayyei Sarah pericopes suggest that love is deeply connected to fulfillment of the promise of a national homeland: in the case of Abraham and Sarah, Abraham’s desire to express his undying love for Sarah even after her death—is the beginning act of our people’s acquiring the Land. That act of purchase—legitimate and witnessed—which Abraham carefully modeled, was repeated throughout the generations. And Rebekah’s willingness to settle in a Promised Land with a husband who loves her also secures that land for future generations.

As powerful as it is in its own terms, loving a spouse is also a paradigm for learning to love God and keep faith with God’s promises. The interplay of these three great forces—love, Covenant and Promised Land—lie at the very heart of Jewish theology and Jewish experience.

The author was awarded a Doctorate in Humane Letters honoris causa at The Jewish Theological Seminary’s 121st Commencement Exercises in May 2015.