Looking Beyond Our Arks 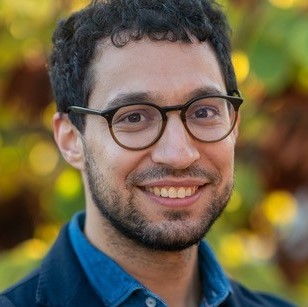 It has never been easier to identify with Noah.

In a normal year, we would be reading this week’s parashah in an entirely different setting: after a summer of sun, camp, and trips, and following the long holiday season, we would be entering our homes and settling into the fall, saying goodbye to the physical togetherness that defines the summer and the holiday season, just as the day gets shorter and the month of Marheshvan commences. In a normal year, the portion of Noah reminds us of this motion: when the rain starts, we go inside—and the tale of Noah and his family reminds us that there is indeed a sunny future ahead, waiting for us a few months down the line. The introspection we would have experienced in Elul and Tishrei, in our synagogues and schools, would now be replaced with an introspection in our homes, as we hunker down for the winter and try to stay warm.

But this is not a normal year. We have all been cooped up now for months in our own “arks”—alone or with others—as we seek protection from contagion, and, in some parts of this country, from the sheer, life-threatening force of the elements. The advantage of our arks is apparent: quite simply, staying home is supposed to help us stay alive. Yet there are of course risks in such isolation. Loneliness intensifies. And for many, the home is tragically a place of danger, of insecurity, perhaps even of physical violence.

Noah was certainly lucky—he was saved. His first reaction upon exiting the ark was to immediately build an altar and offer a sacrifice to God (Gen. 8:20). It is not surprising that most sources understand this as an act of giving thanks: Noah exits the ark, realizes that he was fortunate to survive (and notices that God made him take a lot of animals with him), and therefore offers God a sacrifice to convey his thankfulness.

Yet, the Bible does not state this explicitly. What it does say is that God, after smelling the sacrificial fumes, tells Himself that “never again will I doom the earth because of man” (Gen. 8:21). Is this a reaction to an act of thanks, or to something else? According to the book of Jubilees, a Second Temple-era text that rewrites the book of Genesis and the first half of the book of Exodus, Noah atones “for the earth”—for the sins committed by all who had perished, that had defiled the earth (Jubilees 6:2).

Zoharic texts also consider this to be an atonement sacrifice, but one that serves a different purpose. Picking up on a theme found already in some rabbinic sources, these texts blame Noah for not doing enough for those of his generation. The Midrash Hane’elam, a commentary embedded within the Zohar, retells Noah’s departure from the ark as follows:

Our rabbis have taught: How did the blessed Holy One answer Noah when he came out of the ark and saw the world destroyed, whereupon he began weeping for it, saying, “Master of the World! You are called Compassionate! You should have shown compassion for Your creatures!”? (Pritzker edition translation)

Upon exiting the ark, Noah is aghast at the sight of destruction. He cannot believe that God, the Compassionate One, caused such calamities—and he tells Him so! God turns the blame around, reprimanding Noah:

The blessed Holy one replied, “Foolish shepherd! Now you say this—but not when I spoke to you tenderly . . . . I lingered with you and belabored you with all of this, so that you might seek compassion for the world. But as soon as you heard that you would be saved in the ark, the evil of the world did not touch your heart; you built the ark and saved yourself! Now that the world has been destroyed, you open your mouth—muttering questions and pleas before Me!”

Now Noah is asking God why He did all of this?! Noah, the “righteous of his generation” (Gen. 6:9), knew that this was coming! He should have prayed on his generation’s behalf and called upon them to change their ways.

God’s rebuke, though, also betrays God’s own weakness: He needed humans to help Him solve the world’s problems, particularly those that stem from humankind’s own misdeeds. But when they failed to do so, and when even the righteous of the generation did not do enough, the only path that God could take was one of utter destruction.

The retelling ends with Noah internalizing the depths of his personal failure:

As soon as Noah realized this, he presented sacrifices and offerings, as is written: Noah built an altar to the Lord, and took of every pure animal and of every pure bird, and offered ascent-offerings on the altar (Gen. 8:20).

Noah’s sacrifice, in this reading, is not one of thanks, nor one of atonement for the sins of those dead and the defilement of the land. Noah’s sacrifice serves to atone for his own sin—the sin of inaction, as he let civilization devolve until the Earth as he knew it was destroyed, content as he was with his own survival. We can imagine Noah waiting in his ark, knowing but not fully coming to terms with what was actually going on outside; only once it was too late did he realize what should have been clear to him all along. And this reading also draws the later elements of the story into sharper focus: when God states that “the devisings of man’s mind are evil from his youth” (Gen. 8:21), He is referring also to Noah’s selfishness; and when Noah turns to alcohol (Gen. 9:21), it is from the recognition that he had looked out only for himself.

It is hard, in our own arks, to think beyond ourselves. To be sure, at times we must focus inward, in order to ensure our own vitality and health. But the challenges facing our generation—and those that we are poised to leave for the next generation—are simply far too great for us to ignore as we weather out the storm. The climate crisis that is impacting every aspect of our lives, even if we are not always noticing; the ills caused by systemic racism in this country; the fight for democracy and for equality—these are all challenges that we must address here and now.

Noah’s experience reminds us that there will still be life when we exit the ark, but that we must constantly work to ensure that this reality is available to as many people as possible. Even as we focus on our very own survival, we must fight and pray for the survival of our entire world.