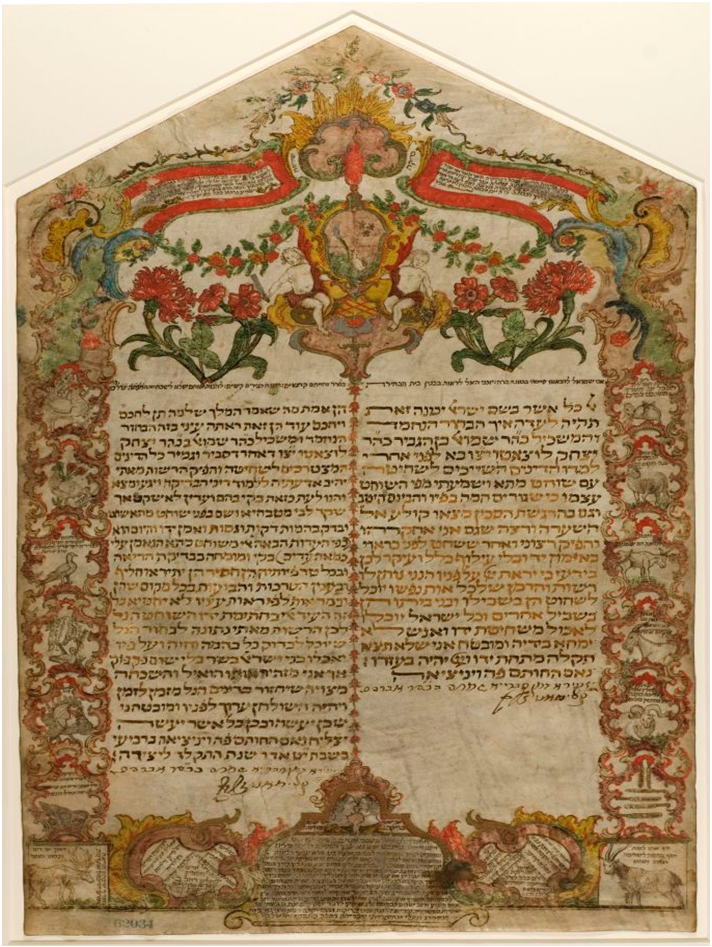 In Deut. 12:20–25, explicit permission is given for the slaughter and consumption of meat outside of the sacrificial system. The passage includes the phrase “as I have instructed you” (v. 21), and the Talmud identifies these words as the source of the various prescriptions for kosher slaughter (shehitah) (BT Hullin 28a).

In later times, after the aspiring shohet had been examined on their knowledge and expertise in the laws and practice of shehitah, a kabbalah (license) was written up for them. This example was granted to Samuel Luzzatto, a member of an illustrious Italian rabbinic family. In it, he is advised to review the laws from time to time “because one is prone to forget.” Rabbi Calimani adds: “I am sure he will do so.”

This elaborately decorated document contains two distinct texts certifying Luzzatto as both a shohet and a bodek—an examiner who checks that the animal’s lungs do not contain lesions that would render the meat not kosher. Centered above the text, two putti (cherubs) flank the Luzzatto family coat of arms. One holds a knife (or halaf) representing the office of shohet, and the other a pair of animal lungs, which represents Luzzatto’s additional role as bodek. As the laws of shehitah vary from animal to animal, different types of kabbalot can be issued indicating which ones a particular shohet may slaughter. Illustrations of the many animals that Luzzatto was permitted to slaughter surround the text. 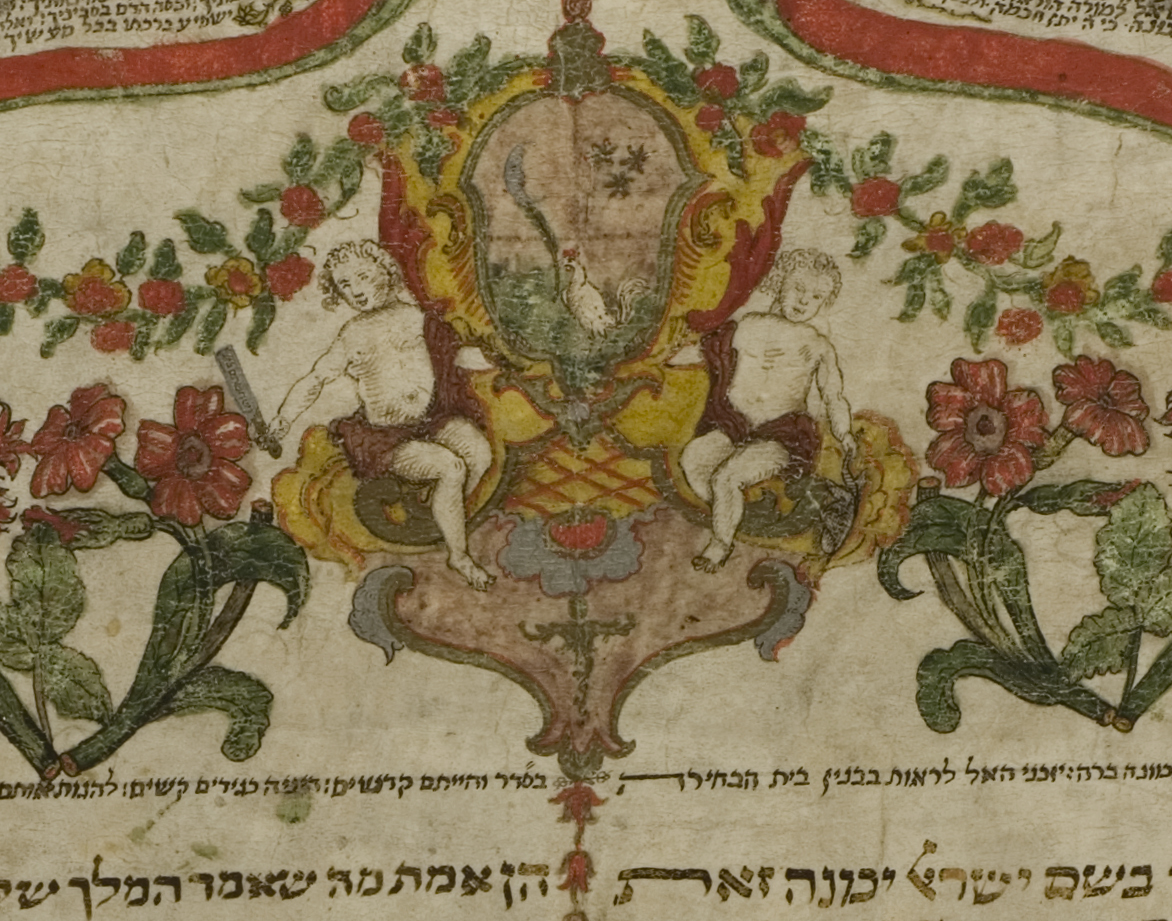 Details of putti and animals.
View the full image in high-definition.