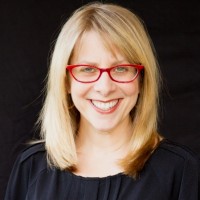 Parashat Vayera is the fourth Torah portion after Simhat Torah, the celebration of our annual Torah reading cycle and the culmination of the fall holidays. As we begin the new year, we also begin anew our exploration of ancestral family dynamics. Arguably one of the most famous parent-child scenes in all of literature can be found in Vayera: that of Abraham bringing Isaac to offer him as sacrifice. The parashah also contains another version of child sacrifice when Lot, Abraham’s nephew, subjects his unnamed daughters to assault and danger. From the tragedy of Jephthah’s daughter to the boldness of the daughters of Zelofehad, relationships between fathers and daughters in Tanakh are both deeply troubling and inspiring. The story of Lot and his daughters is certainly the former, and, perhaps surprisingly, potentially the latter.

The narrative begins with messengers (mentioned earlier as emissaries of God, Gen. 18:1–2) who have just arrived in Sodom, where Lot resides, to inform him of the city’s impending destruction. When the townspeople violently and aggressively demand that Lot send his guests outside so that the townspeople can force themselves upon the visitors, Lot instead offers his young daughters to them (Gen. 19:6–8).

While today we are shocked at Lot’s behavior and find it vile, medieval commentators express differing views on Lot’s decision. Chizkuni (France, d. 1310) makes sense of Lot’s deplorable actions by placing blame on his daughters and writes on Gen. 19:8 that “the daughters of Lot were not chaste and did not shy away from engaging in seducing men, as we know from later when they initiated carnal relations with their own father” (Gen. 19:33). This victim-blaming interpretation is deeply offensive and unacceptable for us today. Alternatively, Ramban (Spain, d. 1270) cites an early midrash on the same verse (Tanhuma Vayera 12, c. 500–800 CE) and in strong terms casts blame on Lot for despicable behavior: “This bespeaks nothing but an evil heart . . . and that in his opinion he would not be doing such great injustice to his daughters . . . this man hands over his daughters for dishonor” (Ramban on 19:8).

But what if we direct our attention to the reaction of the daughters themselves in our evaluation of Lot’s behavior? Although the biblical authors were certainly very likely to be men, and of course the medieval commentaries express a male perspective, through a close examination of the daughters’ own words and actions, we may be able to expand our perception of this dark episode and its possible meaning for us today.

After the destruction of Sodom (19:15–26), including the famous transformation of Lot’s wife into a pillar of salt, we read that Lot did not initially wish to dwell in the hill country or the town of Tzoar, so he and his daughters moved to a cave. The elder of Lot’s daughters suggests to the younger that they intoxicate their father so that they could initiate intercourse: “Come, let us make our father drink wine, and let us lie with him, that we may maintain life through our father” (19:32; phrase repeated in 19:34). Exploring commentaries on this phrase and imagining the motivation behind the daughters’ actions can yield compelling insights for us.

Rashi (France, d. 1105), following Genesis Rabbah (classical midrash on Genesis, c. 500 CE), explains that the daughters undertook this course of action to ensure the perpetuation of the human race. Indeed, “they thought that the whole world had been destroyed” (19:31). He suggests that following the destruction of Sodom and Gemorrah, the daughters were isolated in the cave and did not realize that there was human life outside it. The daughters were using the seed of their father to achieve this larger goal. Perhaps the older daughter’s motivation arose out of deep anger at her father’s behavior in Sodom. Indeed, some commentators have also discussed the daughters’ behavior as an act of vengeance against their father. Lot initiated a possible assault on his daughters; now the daughters are portrayed as assaulting their father.

Radak (France, d. 1235) points out that Tzoar, the city to which Lot and his daughters initially fled after Sodom’s destruction, was not destroyed (Gen 19:20–25, 30). Thus, despite their seclusion, the daughters must have known that only Sodom and Gemorrah were in ruins, not the full human population. He imagines the daughters saying, “If we will die without having children there will not be a memory of our father at all.” Radak suggests that the daughters were not concerned with perpetuating all of humanity but specifically with their father’s lineage. Their worry about the continuation of their father’s family line exists despite the trauma they have endured. In comparison to what might motivate the daughters to sustain humanity, sustaining a specific bloodline is more personal. Could this interpretation imply a measure of forgiveness toward their father?  The daughters’ behavior follows the biblical trope of heroic women within a patriarchal system who have more keen awareness about sustaining a family line than do the men in their lives. These women (Tamar, Gen. 38; Ruth, Ch. 3, Book of Ruth), like Lot’s daughters, make extreme and out-of-the-box choices to perpetuate the family line.

Is it possible that we can embrace multiple interpretations of the daughters’ behavior and of the behavior of those in our own lives? Relationships—particularly between parent and child—are complex and our interpretation of difficult events may transform over time. Is it also possible that various emotional reactions are appropriate at different times in our lives? Perhaps there are times (though we do hope not many of them) when vengeful behavior is appropriate. Perhaps there are (many more, we hope) circumstances in which forgiveness for those who came before us is helpful to us in our daily lives.

As we continue to wade through the dramatic stories of our foremothers and forefathers, may we reflect on all of our ancestors, and perhaps specifically on one of the most tender and intimate relationships in our own lives—that of the parent-child relationship. When necessary, may we confront the stark realities of the past—perhaps even with anger—in order to heal. At other times, may we approach our stories and those who are part of our lives with abundant compassion and forgiveness. May the stories in Tanakh—with the perspectives of our commentators—inspire us to deepen our own understanding of our roots, and ultimately guide us to a sense of wholeness and peace with our closest loved ones and our lineage.