Joseph’s Brothers and the Naked Truth 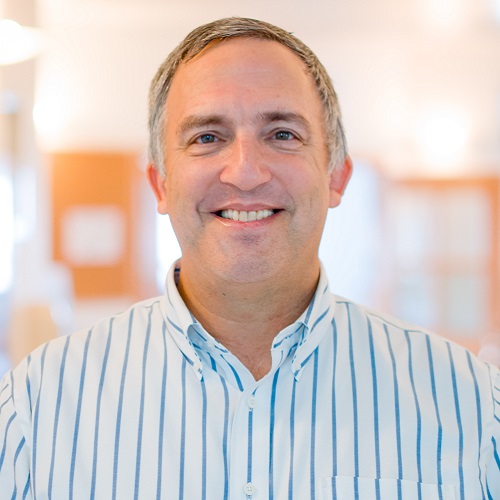 In Parashat Miketz, Jacob sends Joseph’s brothers on a mission to procure rations for the family, which is facing starvation in Canaan. The ten sons of Jacob, however, could not have anticipated what was to transpire upon their arrival. An intense interrogation by Egypt’s viceroy is followed by three days in detention, the incarceration of Simon, and a demand to bring Benjamin, their youngest brother, to Egypt. The brothers find no relief from their ordeal, and this unrelenting strain manifests itself both in the way they respond to Joseph’s questioning, as well as how they retell the incident to their father, Jacob, upon their return to Canaan.

We readers are given a detailed account of the brothers’ visit as it unfolds, with a focus on the verbal exchange with Joseph. Joseph’s manner and words reflect animus towards his brothers as he recalls some very difficult moments in his life. Then, when sharing with their father, Jacob, their account of their experience, the brothers’ retelling of what took place in Egypt diverges from what happened earlier in the chapter. The modifications, additions, and omissions are all quite revealing of the mindset of the brothers. It seems to me, reflecting on what might be seen as an innocent omission, that they failed to fully comprehend the harm they had caused Joseph.

When Jacob sends the brothers to fulfill the important task of travelling to Egypt to procure food for the family, he does not recognize that once again, as was the case with Joseph years earlier, his sending sons away would result in having one fewer son present in his household.

“When Joseph saw his brothers, he recognized them; but he acted like a stranger toward them and spoke harshly to them. He asked them, ‘Where do you come from?’ And they said, ‘From the Land of Canaan, to procure food.’” (Gen. 42:7)

The brothers answer the question “Where do you come from?” rather tersely, saying, “From the Land of Canaan.” They then offer additional information: “To procure food.” Joseph ignores this claim and accuses them of being spies. But before this accusation, the narrator introduces an internal revelation experienced by Joseph:     וַיִּזְכֹּ֣ר יוֹסֵ֔ף אֵ֚ת הַחֲלֹמ֔וֹת אֲשֶׁ֥ר חָלַ֖ם לָהֶ֑ם “And Joseph remembered the dreams that he had dreamed about them” (ibid, v.9).

What exactly did Joseph recall? It seems that Joseph did more than just remember his dreams. Possibly he recalled being doted upon as his father’s favorite, as a result of which his brothers came to hate him and wouldn’t speak a civil word to him. Perhaps he remembered the humiliation he suffered at the hands of his brothers, including when he found them in Dotan and they stripped him of his coat and threw him into a pit in spite of his pleas (ibid, v.21). He very likely thought about how he was drawn from the pit, sold to travelling nomads, brought to Egypt, and sold to Potiphar, a respected dignitary in Pharaoh’s court. And he likely recalled how he became the object of Potiphar’s wife’s sexual interest, resulting in another humiliating scene where he left his clothes in her hands as he ran away to escape her advances.

Note that among the memories connected to his dreams are two incidents in which he had been left naked. It is no wonder that his accusation toward his brothers of being spies is accompanied by his claim that they are looking to “see the nakedness of the land” וַיֹּ֤אמֶר אֲלֵהֶם֙ מְרַגְּלִ֣ים אַתֶּ֔ם לִרְא֛וֹת אֶת־עֶרְוַ֥ת הָאָ֖רֶץ בָּאתֶֽם׃ “He said to them, ‘You are spies! You have come to see the land in its nakedness!’” (ibid, v.9). Joseph has “nakedness” on the brain, and this accusation against his brothers reflects his mindset.

Joseph’s accusations toward the brothers are presented in the text in a chiastic formulation (ABBA), which is often used to emphasize the point in the center of the phrase (BB). Joseph accuses his brothers as follows: (v. 9), A – You are spies!  B – You have come to see the land in its nakedness!  B’ – The nakedness of the land you have come to see! (v.12) A’ – You are spies! (v.14). The chiastic format reflects that Joseph’s thoughts at this moment are about nakedness and humiliation much more than espionage.

When the brothers share this ordeal with their father upon their return to Canaan, they make no mention whatsoever of this segment of Joseph’s speech, because the emphasis on nakedness simply meant nothing to them. They didn’t relate these words to the fact that they had left their brother naked in a pit near Dotan. And they certainly were not privy to the attempted seduction by Potiphar’s wife, leaving the “nakedness” portion of Joseph’s tirade understandably omitted from their report to Jacob.

When recalling an event, we (as human beings) might retell the story with impressive exactitude, describing all that occurred exactly as it happened or quoting spoken words precisely as they were uttered. More likely, however, we will do our best to recall the details, acknowledging that we may miss a specific or two (or three . . .) in the telling. Sometimes, those omissions are deliberate, perhaps in hopes of avoiding possible discomfort to the listener. At other times, our recollection does not include portions of the event or particular words spoken, simply because they meant nothing to us at the time, and subsequently have no conscious presence when we later attempt to produce details to share. This is what happened to Joseph’s brothers, whom I believe did their very best to share their experience with their father honestly and accurately.