“I Will Go to the Mountain of Myrrh” 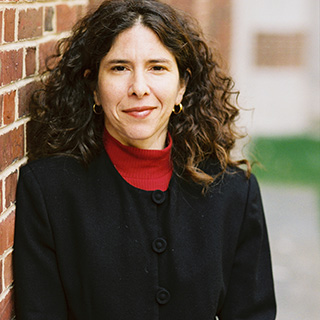 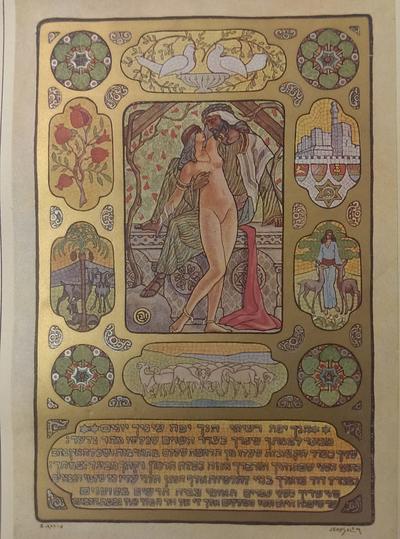 The Song of Songs is an essential text for modern Hebrew culture, and was perhaps the most beloved biblical book of modernist authors such as S. Y. Agnon and artists such as Ze’ev Raban (1890–1970). Hebrew fiction writers and poets in Palestine in the interwar period plumbed the Song for its extensive lexicon describing the body and the landscape, and its sensitive depiction of psychological and sexual drama. Their modern descriptions of the land before them were often rendered in terms that recalled the erotic interiors and pastoral domain of the Song. Raban taught at the Bezalel Academy of Arts and Design in Jerusalem, and his Jugendstil (German Art Nouveau) illustrations of the Song of Songs (1923) are an exemplary cultural product of their time.

The idyllic, almost Orientalist view of the surrounding land is filtered through the Song’s iconography: a shepherd and his naked muse are surrounded by cameos of a pair of turtle doves, pomegranates (representing fertility), a palm tree, sheep, and a depiction of Jerusalem in which modern architecture fronts David’s citadel. The entire illustration is inked as if wrought as a series of finely etched mosaics, always reminding viewers of the crafted nature of the scene before them. Raban’s images endure in popular reprints, and other of his biblically inspired tableaus adorn some of Tel Aviv–Jaffa’s historical architecture—a fascinating instance of the biblical made material in modern Israel.

View a high-definition image of this illustration.