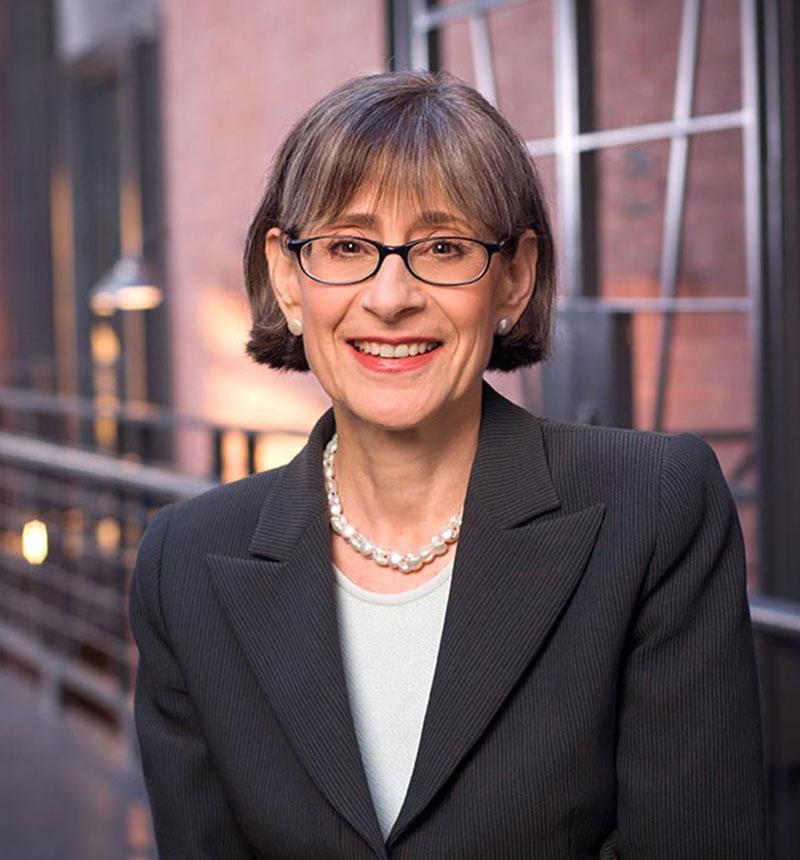 Tishah Be’av, which begins immediately after this Shabbat, is a moment on the Jewish calendar when we pause to reflect on the nature, impact, and significance of destruction. I’ve spent 33 years working at the United States Holocaust Memorial Museum, so naturally I’ve thought intensely about what the catastrophic destruction of European Jewry means for me, for Jews, and for humanity.

Destruction can teach us why freedom, justice, and human dignity are important—and fragile. And, that when freedom and justice are denied and dignity is threatened, we still retain certain powers over our own humanity.

That lesson has been brought home to me over and over again in my career, learning from the responses of both victims and survivors of the Holocaust. The assault on them was so horrific, so devastating, and so complete, it seems as if they had no agency. That, of course, is precisely what the Nazis wanted the Jews to think.

The Jews were faced with very few choices, and those they had have rightly been called “choice-less choices.” But choose they did, and those stories from survivors I have known have been a great inspiration to me.

“You are told your name is a number. Forget your name. You don’t have a name anymore. And you’re hungry. And you have no clothes. And you’re freezing. And your family is taken away. At [16] I felt like I was 90. It was very hard for me to accept. Yet I got a hold of myself. I pushed all this behind me and I said: I have to live; I have to be strong.”

Vladka Meed was in the Warsaw Ghetto with her mother and younger brother. Although her mother suffered from disease and starvation, every week she managed to save two slices of bread to give to an old man in exchange for bar mitzvah lessons for her son. Of course, this was not to be. Vladka later said, “During the war, my mother taught me what it means to be human.”

“I lost my three best friends. My closest friend Ilse died the week before, Suse died on liberation morning and Liesel . . . a couple of days later. . . .  [P]eople think of [a concentration camp] as a snake pit where people stepped on each other. They didn’t see there was kindness and friendship and love. And that was the sustaining part.”

Norbert Wolheim, told of his shock at seeing a friend in Auschwitz praying. He demanded to know why. His friend said, “I am praising God,” to which an angry Norbert retorted, “Are you out of your mind? Praising God here? In this situation where we are isolated? Left alone, in this hell? What are you thanking God for?” His friend responded: “I am thanking God for the fact that he did not make me like the murderers around us.”

These survivors remind us that even under the most unthinkable circumstances, the most brutal crimes, and the complete abandonment of the world, individual Jews were able to preserve their dignity, to demonstrate their love, to perform acts of solidarity, and above all to hope.

Another story of hope that inspires me deeply comes from those who did not survive.

Immersed in Yiddish culture, historian, social worker, and political activist Emanuel Ringelblum was 39 when the Germans invaded Poland. Imprisoned in the Warsaw Ghetto, he understood that something of great historical significance was happening to Poland’s Jews. Something that would be important to future generations. He organized a clandestine operation to create a record of daily life in the ghetto. To ensure a diversity of perspectives and represent the vibrancy of Jewish life, he involved rabbis, writers, scholars, educators, businessmen, and others in the creation of his “archive.” This story is beautifully told in Samuel D. Kassow’s magisterial Who Will Write Our History?

Ringelblum was clear as to how this would be done—not with pathos and sentimentality but with the standards of rigor and objectivity that all good history demanded. The evidence would be carefully gathered and meticulously analyzed. The truth would be told. Including hard truths—about good Germans and good Poles. Even the hardest truth of all—about bad Jews.

In Ringelblum’s mind, the Jews were not a helpless, defeated group of victims, but a people who could retain some degree of control over their humanity, and if not over their physical destiny, they could create a different destiny, by leaving a legacy—a legacy of their own creation. And it would be both a Jewish and universal legacy. He told a colleague:

“I do not see our work as a separate project, as something that includes only Jews, that is only about Jews and that will interest only Jews. My whole being rebels against that. Given the daunting complexity of social processes, where everything is interdependent, it would make no sense to see ourselves in isolation. Jewish suffering and Jewish liberation and redemption are part and parcel of the general calamity and the universal drive to throw off the hated Nazi yoke. We have to regard ourselves as participants in a universal attempt to construct a solid structure of objective documentation that will work for the good of mankind. Let us hope that the bricks and cement of our experience and our understanding will be able to provide a foundation.”

Reflecting on periods of destruction in Jewish history should provoke sorrow. Immense sorrow. The losses are incalculable. But the survivors and victims of the Holocaust would want to challenge us to make sure that our reflection would provoke something much more consequential. That it would also remind us of the power of moral courage and provoke determination, inspiration, and hope. That we—as a people and as individuals—would always write our own history, even that of destruction. In that conviction lies a vibrant future for the Jewish people—and the greatest tribute we can pay to the six million.

Ms. Bloomfield was awarded an honorary doctorate at JTS’s Commencement proceedings in May 2019.