Hearing Our Own Stories 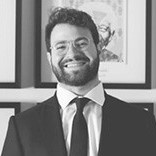 Although we know how it ends, this week’s Torah reading can be, by turns, anxiety-provoking, cathartic, and unsettling. We know a reconciliation between the brothers will take place, but we don’t fully understand how. We know a peace deal will be reached, but we suspect that, like all new agreements, its character will be tenuous, fragile, and ad hoc, its consensus constructed atop a minefield of lingering resentments and fundamentally conflicting narratives.

More than two decades have passed since the brothers last saw each other as brothers. Joseph was just a boy when his older siblings had thrown him in a pit, then pulled him out, and sold him into slavery. Now Joseph is a successful consultant, Pharaoh’s life coach. His brothers have come to him as homeless beggars in search of welfare. It is Joseph, now, who holds the cards, while his brothers are reduced to the pathos of victimhood.

At the opening of this week’s parashah, Joseph holds not just the economic upper hand, but has the advantage of more information, as well. He knows the identity of his brothers, while they are in the dark. The moment in which the brothers reconcile can only happen when Joseph makes known who he is. There is no truth and reconciliation without first, recognition and disclosure; for healing to happen the asymmetry between the brothers must be overcome by mutuality and reciprocity:

Note that Joseph says “I am Joseph” twice, as if surprised by his own words. Or perhaps Joseph has to repeat himself because the brothers are in a state of shock and disbelief. The power of Joseph’s “big reveal” is stunning. A man in Egyptian clothing, who has achieved the rank of royalty, takes off his masks, peels away his persona of success and refers to himself as “your brother, the one whom you sold.” Joseph demonstrates both to his brothers and to himself that his essence has not changed; his story is more core to his identity than his outward displays of power. Ultimately, it is Joseph’s ownership of his story that enables him to establish connection with his brothers, to forgive them, and to seek solidarity and alliance with them. Sharing who he is, Joseph receives his true power.

Still, it’s worth noting that Joseph’s moment of self-disclosure does not come easy. Genesis 45 opens with the words “velo yakhol Yosef lehitapek”; Joseph was not able to restrain himself. One way to read this verse is to say that he couldn’t restrain himself from crying; his emotional sensitivity betrayed him. But another way to understand this verse is that Joseph could no longer hold back his identity. He could no longer live a life of outward deception, and possibly, inward deception. The language of lo yakhol, being unable, implies that were he able, Joseph would have been happy to keep up appearances. His moment of authenticity comes upon him, almost like an external force.

What, then, prompts Joseph to change course, to seek intimacy, to look his former oppressors in the eye, and to forgive them? In his opening speech, Yehudah recounts their previous interaction from last week’s parashah:

My lord asked his servants, “Have you a father or another brother?” We told my lord, “We have an old father, and there is a child of his old age, the youngest; his full brother is dead, so that he alone is left of his mother, and his father dotes on him.” And you said to your servants: “Bring him down to me, that I may set my eyes upon him.” And we said to my lord: “The boy cannot leave his father; for if he should leave his father, his father would die.” (Gen. 45:19-21).

Yehudah reflects Joseph’s own words and actions back to him. He enables Joseph to experience the impact of his behavior from a new perspective. More significantly, Yehudah lets Joseph know the brothers’ commitment to Benjamin, and to their father. When Joseph hears that “the boy cannot leave his father,” he understands the subtext: Yehudah is speaking about him.

Listening to Yehudah remark that “[Benjamin’s] brother is dead,” Joseph experiences a profound emotional paradox. On the one hand, Yehudah’s statement is true. Joseph, the boy, is dead, replaced by a new Joseph, this Egyptian dignitary. On the other hand, Joseph is still alive. In hearing that he is dead, Joseph understands that he is both dead and alive, a survivor, and that Yehudah’s commitment to save Benjamin is a kind of commitment to save him; this insight enables Joseph to come alive, to be resurrected, and to move towards a reconciliation with his Hebraic identity. Although describing the brothers’ own plight, Yehudah inadvertently helps Joseph understand his own.

Yehudah’s recitation of Joseph’s story also confirms that Joseph is not alone or crazy. Joseph can now feel, for the first time, that his own suffering is real, not imaginary. Yehudah cannot rectify the past injustices done to Joseph, but by speaking of Benjamin, he is able to speak, obliquely, of Joseph to Joseph. Without knowing it, Yehudah’s speech begins a long process of rectifying what philosopher Miranda Fricker calls “epistemic injustice,” that is, the further injustice committed when victims’ stories are systematically marginalized, disbelieved, and unheard. More powerful than any other gift he can give, Yehudah enables Joseph (ironically in a moment in which he is mistaken for an Egyptian overlord) to feel recognized and affirmed.

A similar idea can be found in the story of the Odyssey. Philosopher Adriana Cavarero writes:

In the most beautiful scene in the Odyssey, Ulysses is seated as a guest in the court of the Phaecians, incognito. A blind rhapsod entertains those gathered with his song. He sings, “the famous deeds of men, that song whose renown had already reached the wide sky.” He sings of the Trojan war, and tells of Ulysses and his undertakings. And Ulysses, hiding himself, in a great purple tunic, weeps. “He has never wept before,” comments Hannah Arendt. “And certainly not when what we he is now hearing actually happened. Only when he hears the story does he become fully aware of its significance.” (Relating Narratives: Storytelling and Selfhood, 17)

According to Cavarero and Arendt, the unique power of hearing our own stories reflected back to us is that they allow us to experience that which we cannot experience alone. We need the Other, and we need narrative, to discover, and thus become who we are.

Yehudah’s speech becomes a kind of cipher for the Torah’s story of Joseph and the Brothers, taken as a whole, a way for us to read the story and find ourselves in it. The Joseph story is about the healing and redemptive power of storytelling, of sharing and being heard. Sometimes our stories can take the form of tears and the entrusting of secrets; often, they can only be told obliquely, with masks, through the conceit of literature and the play within a play.

May we be so moved, reading the Joseph story, that we too, will merit to say our own version of, “I am Joseph.” And like Yehudah, may we merit to show others that we hear them and believe them in their moments of isolation. In so doing, may we pave a new path for healing, transformation, and abiding empowerment.