Going Up in Holiness 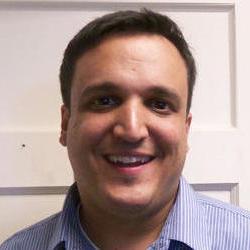 Next Wednesday night, Hanukkah begins and Jews all over the world will gather around the menorah to light one candle for the first night of Hanukkah. We take it for granted that we light a candle on the first night, two on the second, and so on, but it could have been different.

The issue of how one ought to light the Hanukkah candles is discussed in the Talmud. In the Tractate of Shabbat, page 21b, we read of a debate between the famous Jewish legal combatants Hillel and Shammai. According to Shammai, we are to light eight candles the first night and light one fewer each successive night, corresponding with the nights of Hanukkah that remain, like a countdown. Hillel suggests starting with one candle and working our way up, adding one more candle every night. As we all well know, we follow the custom of Hillel, and the reason given in the Talmud in support of this custom is the phrase, ma’alin b’kodesh v’ain moridin. This means, “We go up in matters of holiness and not down.”

We are instructed to ascend in matters of holiness and not to descend. I have always found this teaching to be inspiring. We can understand this to mean that throughout our days, we must constantly strive to increase the amount of holiness in our lives, being ever wary not to decrease it. Of course, it isn’t always that simple.

When I first encountered this text, I imagined this continuum of personal holiness to look something like an incline, starting low as we begin our spiritual journey and working ever onward and upward in our lives. But life has taught me that most of our lives’ paths don’t look like inclines; they probably look more like the tracks of roller coasters. We climb, we plunge—every now and then, we are even thrown for a loop. How then can we live out the ideal of ever increasing in holiness? If we look at both this week’s Torah portion, Va-yeishev, and next week’s reading, Mi-ketz, we find a boy who, in becoming a man, goes through ups and downs, but still manages to climb the ladder of holiness.

That boy is Joseph. He begins his life as the beloved son of the wealthy and powerful Jacob. Joseph’s life is good. We find in Va-yeishev that he is even the best-dressed kid in town, since his father has made him a fancy coat. But Joseph dreams a pair of self-centered dreams and the next thing he knows, he has gone from the top to the bottom, ending up in a pit after his brothers decide to sell him into slavery.

Joseph becomes the servant of one of Pharaoh’s courtiers, Potiphar. All is well for Joseph as he becomes the most trusted servant in the household. Life takes a turn for the worse, though, when his master’s wife becomes attracted to Joseph and her jealous husband sends Joseph to prison.

It is in prison that Joseph meets and interprets dreams for Pharoah’s wine steward and baker. This chance meeting will have lasting consequences since it is the success of his dream interpretation that eventually gets Joseph out of prison and into the palace when Pharaoh himself needs his dreams interpreted.

I think we can learn a lot from the roller-coaster ride that is Joseph’s life. If we take a close look at Joseph’s experiences, particularly in his choice of words, we can see the idea of ever-increasing holiness in his life. I recall studying at JTS the teaching of Hebrew University Professor Avigdor Shinan and his close reading of the Joseph narratives. Shinan suggested that we find that, with each set of dreams that Joseph encounters, he becomes more aware of God and the role the divine is playing in his story. When we read of Joseph’s own two dreams, there is no mention of God. Joseph is a young man believing he can “do it all” entirely on his own. In fact, in his dreams he even stands in for God when the sheaves and stars bow to him. But when Joseph is in prison and encounters the wine steward and the baker, he says, “Surely God can interpret your dreams.” Joseph has come to see God’s role in his life. Finally, in Parashat Mi-ketz, we read that when Joseph is summoned before the Pharaoh, Joseph claims to be acting on God’s behalf and goes on to mention God several times. In fact, the most telling moment is Joseph’s answer to Pharaoh’s request for the interpretation of his dream. In Genesis 41:16, we read “Joseph answered Pharaoh, saying, ‘Not I! God will see to Pharaoh’s welfare.'” Rashi explains that in that moment, Joseph confesses that the wisdom is not his own, but rather the words of God.

We are left to wonder how Joesph came to recognize God’s role in his life. There are many possibilities. The Torah text does not share every thought of Joseph in the telling of the tale, but there is a moment that stands out in my reading of this week’s parashah. When Potiphar has Joseph jailed, we are told in Genesis 39:19, “Joseph’s master had him put in prison, where the king’s prisoners were confined.” There is some question among the commentators about why there is a seemingly “extra” detail explaining what kind of prison it was. Abraham Ibn Ezra suggests that Beit Ha’Sohar, the term for prison, is actually an Egyptian term which the Torah feels the need to translate. However, Ramban (Nachmanides) takes issue with this explanation and suggests that the extra explanation is to indicate to us that Joseph was not put in a regular prison but the special royal prison, presumably as part of God’s design to arrange for Joseph’s “chance” meeting with the royal cupbearer and baker. Perhaps Joseph recognizes God’s hand in the chance meetings, as Ramban suggests we should. This reminds us as well of Joseph’s good fortune when his brothers decide to throw him into a pit and it turns out to be an empty one: it could have been a full cistern of water as many such pits would have been. There, too, we have the seemingly extra explanation when we are told, “The pit was empty, there was no water in it” (Gen. 37:24). Perhaps these extraneous details are winks to us in the text that God is looking out for Joseph, and perhaps Joseph realized this.

We can see that, despite Joseph’s ups and downs, his spiritual life is steadily on the rise. Ultimately Joseph considers it his mission to carry out God’s will. In this way we too can be “m’alin b’kodesh”—we need to seek ways to grow in spirit. Even if we go up and down, we can try to allow holiness into our lives. We can do this through prayer, study, and the performance of mitzvot that attune us to act on God’s behalf in our world. If we allow ourselves to rise in holiness, our lives can be like the menorah, ever increasing in light.