From Judging To Learning 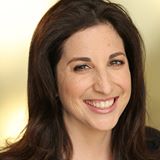 [Rabbi Shimon bar Yohai and his son, Rabbi Elazar] went and hid [from the Romans] in a cave. A miracle occurred and a carob-tree and a spring of water were created for them. They would remove their garments and sit up to their necks in sand. They studied all day; when it was time for prayers they got dressed to cover themselves, prayed, and then took off their garments again, so that they should not wear out. Thus they dwelt for twelve years in the cave.

Then Elijah came and stood at the entrance to the cave and exclaimed, “Who will inform the son of Yohai that the emperor is dead and his decree annulled?” So they emerged. Seeing a man plowing and sowing, they exclaimed, “They forsake life eternal and engage in life temporal!” Whatever they cast their eyes upon was immediately burnt up.

A heavenly voice cried out, “Have you emerged to destroy My world: Return to your cave!” So they returned and dwelt there for another twelve months, saying, “The punishment of the wicked in Gehenna is [limited to] twelve months.”

A heavenly voice cried out, “Go forth from your cave!” They went outside. Wherever Rabbi Elazar wounded, Rabbi Shimon healed. He said to him, “My son, you and I are enough for the world.”

On the eve of Shabbat before sunset they saw an old man holding two bundles of myrtle and running at twilight. “What are these for?” they asked him. “They are in honor of Shabbat,” he replied. “Isn’t one enough?”—“One is for ‘Remember [the Shabbat] (Ex. 20:8)’ and one for ‘Observe [the Shabbat] (Deut. 5:12).’” [Rabbi Shimon] said to his son, “See how precious the mitzvot are to Israel!” Their minds were then at rest.