Filling Ourselves with Gratitude 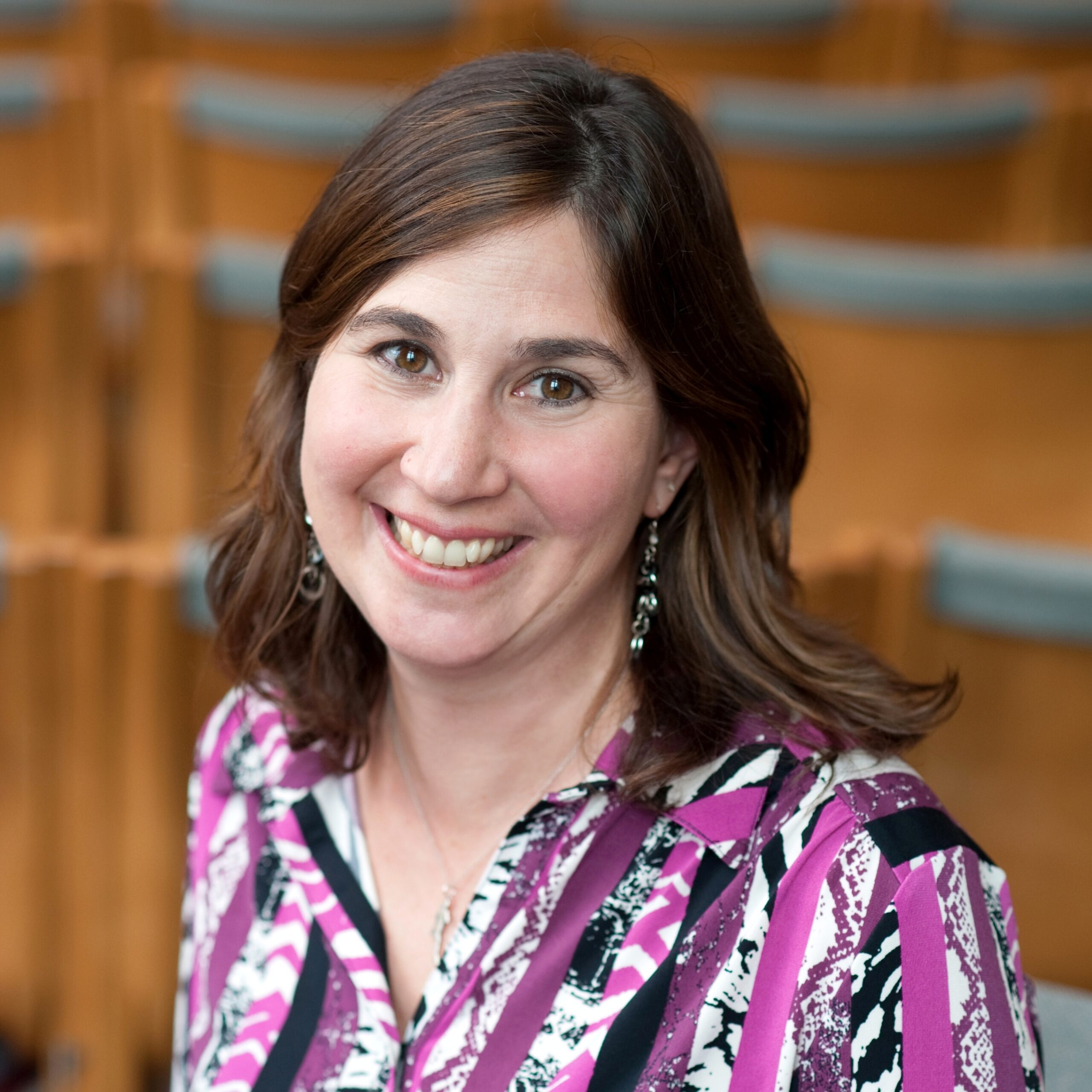 I’ve spent the past year watching in awe as my daughter has gobbled up her bottles of formula. From the time she arrived home from the hospital until today, she has drunk that bottle with vigor. Now she is older and can hold the bottle herself; when she’s finished, she tosses it to the side with a flourish, a ceremonial conclusion to her meal. The process has been and continues to be amazing, awe-inspiring, and, admittedly, somewhat entertaining. I have long wondered what was in that bottle that called for such enthusiasm every time, especially since she has been eating solid foods (and not just those from a jar), and loving them, for months. It’s not as though she has no familiarity with other tastes and textures. Certainly, those bottles are made with love. But, powder and water are powder and water—just ask anyone who’s eaten Slim-Fast. And, let’s be honest, how many of us would eat with such relish each time we stopped for a meal or a snack if the nourishment came with the exact same taste, texture, and presentation?

In our home, we’ve taken to thinking of the bottle as manna. I imagine the contents as sweet and savory, the act of nourishing oneself with something provided by someone who cares for you deeply satisfying, and the opportunity to meet one’s needs in an instant abundantly fulfilling. My daughter takes to that bottle knowing that she has nothing to prove, and, in so doing, she focuses fully on the task at hand, feeding her body and enriching her spirit.

In this week’s parashah, Beshallah, we learn of the manna provided for the Israelite’s desert wanderings for the first time. The miraculous nature of their escape from Egypt did not fortify their faith sufficiently and the people complained bitterly about their lot. Who can blame them; it’s not like they had a TripTik. They feared dying a slow, painful death from lack of physical nourishment. As God promised, food rained down from heaven to sustain them. “In the morning there was a layer of dew around the camp. The layer of dew ascended and behold!—upon the surface of the Wilderness was something thin, exposed—thin as frost on the earth” (Exod. 16:13–14). Vayiru v’nai yisrael va’yomru ish el achiv ‘man hu’, ki lo yadu mah hu (The children of Israel saw and said, one to another, “it is food,” because they did not know what it was) (Exod. 16:15). Moshe goes on to explain the manna as the sustenance promised and provided by God, along with providing the rules for gathering and eating it.

Unlike a baby, the Israelites could not just take what was laid before them without explanation. Rashi understands man hu as something prepared as food, a generic term, as the Israelites did not recognize precisely what it was. Like what I imagine for my daughter, the manna is described in heavenly terms. The Torah tells us it was like coriander seed, it was white, and it tasted like a cake fried in honey. In one instance, the Talmud suggests the manna was so sublime that it was absorbed into the body without producing any bodily waste. In another, Rabbi Akiva understands manna to be Ziv ha’Shechinah (the Glory of the Divine Presence), the “food” that sustains the angels in heaven (Yoma 75b).

Whatever the manna was, we learn that its presence was not always sufficient to inhibit the people’s complaints. When I think of my daughter and her bottle, an acceptance of the simple joys of life comes to mind. The Israelites certainly did not think of themselves as blessed or sustained by physical and spiritual nourishment from heaven; life felt anything but simple. Trust and faith that the test that lay before them carried the potential for good was too difficult to embrace with ease. Yet, God was clear about the purpose of the manna. Vayomer Adonai el Moshe, hin’ni mamtir lachem lechem min hashamayim, v’yatza ha’am v’laktu d’var yom b’yomo l’ma’an anasenu hayelech b’torati im-lo (God said to Moshe, “Behold, I shall rain down food from heaven for you; let the people go out and pick each day’s portion on its day, so that I may test them, whether they will follow my teaching or not.”) (Exod. 16:4). The “test” of the manna was the cultivation of faith in possibility—the belief that what would sustain them would be there each morning when they awoke and the trust that they did not have to hide things away for a rainy day (so to speak). A daily reminder of God’s blessings and their significant presence in our lives has the potential to elevate us when we learn to notice them.

The Talmud wonders, “Why does the manna come every day and not once a year?” A parable about a king and his son suggests that when the king provided his son with his sustenance once a year, the son visited his father only once a year. When the father began to provide his sustenance daily, the son had to call on his father every day. So it is with Israel. If an Israelite had four or five children, he would worry, saying perhaps the manna won’t come tomorrow and my children will starve. Because the manna was coming down daily, the Israelites were compelled to direct their hearts to God (Yoma, 76a).

Like trust, gratitude must also be cultivated. One would think that the words thank you, or even feeling thankful, would come with ease, but that is not the case for most of us. So often, we see ourselves and our circumstance in relation to what others have (not even what others don’t have). We compare ourselves to those around us and wonder why that person’s work was noticed, why that group’s project was rewarded, and why that community’s ethos is applauded when ours is left unnoticed, underappreciated, and misunderstood. When we turn our heart to what is good in our lives, when we recognize the blessings that come with each day, when we notice the good that surrounds us, we learn to give thanks, to be grateful, to hold with grace where we are in life, what is unfolding before us.

How might we enrich our spiritual connection to the middah (characteristic/soul trait) of gratitude (hoda’ah)? One practice that has worked for me is to choose a phrase to serve as a reminder, a connection to gratitude on which to focus every day.

You might pen your own phrase, a brief comment about gratitude that will awaken something within you. Or, you might turn to a phrase that already exists, either from our Jewish tradition or not. For example, you might choose Kol han’shamah t’hallel Ya (Let every breath praise God) from Psalm 150. Zeh hayom asah Adonai, nagilah v’nis’michah vo (This is the day God has made; let us exult and rejoice in it) from Psalm 118. Hodu l’Adonai ki tov, ki l’olam hasdo (Praise God for God is good; God’s love and mercy endures forever), the refrain of Psalm 136. Or, Ralph Waldo Emerson’s quotation: “For each new morning with its light, for rest and shelter of the night, for health and food, for love and friends, for everything Thy goodness sends.”

Write the phrase (or one or two words if that feels sufficient) on a card and choose a place where you can see it each day. Set an appointment with yourself to sit with the phrase for 15 minutes every day, perhaps when you awaken in the morning or when you first sit at your desk at work. Choose a time and place that will work for you. Give yourself the gift of 15 sacred minutes to recite the phrase over and over and over again, tasting the words, taking them in, allowing them to penetrate your heart. Leave the card where you can see it throughout the day, and notice what it feels like to see that card, to take in those words when you least expect it. You may even want to take time each evening to write down the ways in which the phrase influenced your experiences throughout the day.

Lionel Hampton wrote, “Gratitude is a memory that is stored in the heart, not in the mind.” The more we sensitize and refine our hearts in the manner of goodness, the more we will notice what is holy, sacred and blessed where we might previously have considered only what was missing or delinquent. Commit to the practice for one month, or even one week, and you’ll be amazed at the shifts that emerge in your soul.

This week, my daughter’s joy from her bottle was slightly diminished as she fought off an eye infection. For anyone who has had to administer eye drops to a young child, you know the challenge, the gut-wrenching pain involved with causing tears in order to bring about healing. Yet, after each set of drops landed where they should, I found myself filled with gratitude, not that the process was over (for now) but for the doctor for treating my child with kindness and identifying the problem, the pharmacist for confirming the medication was appropriate, my workplace for making health insurance available to its employees, and, most importantly, for my daughter, who trusts me to care for her—even when I impose what is experienced as a trial three times a day—and continues to imbibe the nourishment of heaven, or whatever it is that’s in that bottle.