Experiencing the Light of Torah 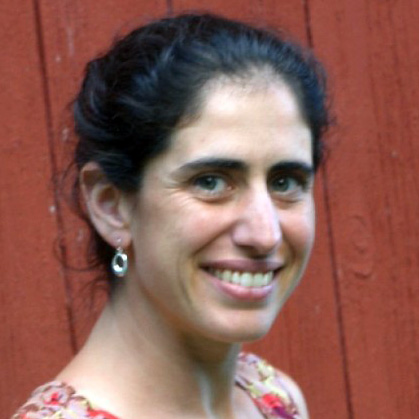 This summer I returned to Jewish overnight camp after a 15-year hiatus. After all this time, s’mores, a love of cheering in unison (has the cheering gotten louder or am I older?), and earnest, hard-working counselors (I was one, once) are still to be found at camp. I am happy to report that the food is now much, much better than I remembered, and the supervision and attention to camper care have improved vastly, as well.

I brought along to Ramah New England my own three kids, four big duffel bags stuffed with clothing labeled with our names (even our socks), another duffel bag of books I thought might be helpful in my job on the education staff, and my prayer that my children might find camp as joyful and inspiring as I had. I needed for camp to provide a connection to Judaism and the Jewish community for my children, just as it had for me. As rabbi’s kids (“RKs”), my children have been exposed to more Jewish content, more ritual, and more Jews than I was as a kid, but we had not yet succeeded in making Judaism cool, something they appreciate as a gift. I had studied the efficacy of camp, and now I needed it to work for my family.

Throughout July I worked hard trying to make Judaism relevant to and fun for the campers. We wrote rap battles between Korah and Moses (à la Hamilton) and studied the shifting approach toward rebellion and authority in Judaism. But I was aware that the most important Jewish learning was going on outside of my “classroom” in the pine grove. Those earnest, hard-working counselors were better Jewish role models than I could have dared to wish for—they led services, they played soccer in kippot, they spoke Hebrew with gorgeous Israeli accents (the Israelis, at least), their love for Shabbat at camp was contagious. When on one Shabbat my son, who needs coaxing and bribing to participate in services at home, elected to share an aliyah with his counselor, I knew that camp was working.

There is a long tradition of experiential education in Judaism, even longer than the American Jewish camping movement that started in the early 19th century and grew into a self-conscious tool for Jewish education in the 1930s and ’40s. Va’et‑hannan, this week’s Torah portion, contains some of the most important words in our entire tradition—the Shema and the Ten Commandments. It also reads as a primer on how best to transmit the essence of Judaism. Sinai did not merely involve the giving of instructions—there were thunder and lightning, dense clouds, fire and darkness, which led the people to draw near to each other and to God. God did not merely tell the People of God’s existence; God showed them. “It has been demonstrated to you so that you may know that Adonai is God and no one else. From the heavens God made you hear God’s voice to educate you; and on the earth God showed you God’s great fire, and from inside that fire you heard God’s words” (Deut. 4:35–36).

Moses reminds the people again and again not of the content of God’s message, but of their incredible experience at Sinai, because he recognizes that the Israelites’ devotion to God depends not only on Judaism’s unique theology, but rather also on the people’s ongoing connection to their formative experience. “Take great care and watch yourself, lest you forget the things that your eyes saw, lest they depart from your heart all the days of your life; and you shall make them known to your children and to your children’s children” (Deut 4:9).

One evening toward the end of July, I was privileged to see camp’s power in action, and amazingly it was connected to lightning and clouds. I was walking back to my room after dinner behind a boy and his counselor. They were discussing something seemingly trivial, but I could tell from the boy’s animated body language that he savored this time alone with his counselor. Suddenly the counselor pointed upward, “Wow! Look!” I looked too and saw it: on an otherwise clear evening, one cloud in the sky was backlit by lightening.

I admit it. My first thought was that I hadn’t brought along my raincoat, and I wasn’t yet near my room. But then the camper pointed too and exclaimed, “That’s amazing!” They were right. The one cloud in the sky lit up with lightning again and again. Everyone nearby stopped to gaze too, and we all agreed we had never seen anything like it before. In that moment, for that camper, natural beauty combined with his counselor’s attention to create an unforgettable experience, a mini-Sinai moment. As our tradition teaches us we should say upon seeing lightning, “Blessed are you, God, Ruler of the Universe, who makes the work of creation.”

Thanks to the National Severe Storms Laboratory’s website, I now know that the lightning in the cloud we saw is called a cloud flash. It’s actually pretty common, but apparently we don’t spend enough time (when we aren’t at camp) actually looking at the sky, instead of hurrying inside. I also learned that the energy from one lightning flash could light a 100-watt light bulb for more than three months. May the energy of Jewish summer camp continue to enlighten my own children, and their children, and all campers for much longer, for all the days of their lives.