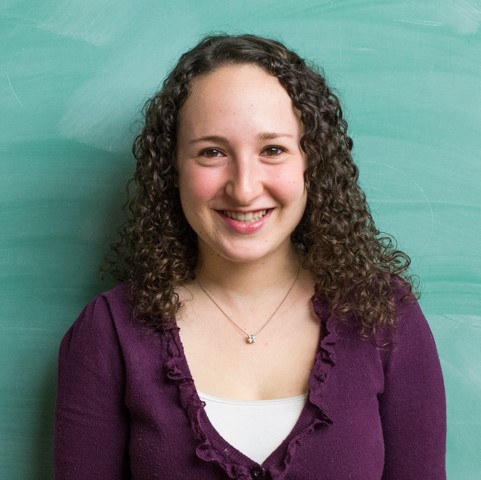 In a moment of joy, how many times have you said, “I’m so happy that I could die now,” or “If I died right now, I’d be satisfied!” In a way, this reaction is counterintuitive; if we are so happy, why would we wish to die? But this reaction also comes naturally, because of our awareness that dying during a time of harmony and wholeness in our lives is the ideal.

If you have made a statement about dying in a moment of joy, you are in good company. In this week’s parashah, Jacob reunites with his beloved son, Joseph, after 22 years of separation during which Jacob believed that Joseph was dead. Their emotional reunion is described in this passage:

Joseph ordered his chariot and went to Goshen to meet his father Israel [Jacob]; he presented himself to him and, embracing him around the neck, he wept on his neck a good while. Then Israel [Jacob] said to Joseph, “Now I can die, having seen for myself that you are still alive.” (Gen. 46: 29–30)

Jacob’s statement brings us right back to our initial paradox: why would Jacob wish to die, when we imagine he would want to spend as much time as possible with his son upon being reunited?

The obvious answer is that if Jacob had died before seeing Joseph again, he would have felt incomplete. Now that he has been granted his final wish, he can die satisfied. A sixteenth-century Italian rabbi, Seforno, adds an additional layer to Jacob’s statement. Seforno writes that Jacob did not merely mean that he would be satisfied if he happened to die at that moment, but that he actually wanted to die right then and there. He had experienced so many troubles in his life, and every time he was spared from one, another emerged. After ending his separation from Joseph and finally discovering that Joseph was indeed alive, he could not bear to handle any more troubles, so he prays to die and to be spared of any potential distress between that moment and the end of his life. Jacob is tired. He is tired of struggling, and when he finally reaches a moment of peace, he wants to hold onto it forever, meaning he must die.

We can imagine the degree of emotional distress Jacob could have experienced in believing that his son was dead, but not all of our traditional Torah commentators agree that Jacob truly believed this. Or Hahaim, a classical commentary written by a Moroccan Kabbalist and Talmudist in the eighteenth century, argues that Jacob actually did know that Joseph was alive and well, and even that he had become powerful. What Jacob did not know, however, was the state of Joseph’s soul. Given all that Joseph had experienced as a slave and then as a powerful ruler, Jacob did not know if Joseph could have preserved his righteousness. Perhaps Joseph had given up on God during his enslavement and mistreatment, or perhaps Joseph had forgotten God while consumed by his own power and influence. It is only once Jacob sets eyes on Joseph that he knows Joseph has not changed. Joseph’s soul was Jacob’s fundamental concern, according to Or Hahaim, so Jacob needs to see Joseph in order to be at peace.

After Jacob finally finds peace in reuniting with Joseph, learning that Joseph is safe, and seeing Joseph’s righteousness, we might expect that Jacob’s wish would come true, and he would die. But Jacob lives for another 17 years after this moment! Though Jacob’s life is complete in that verse, it is not over.

The distinction between a life that is complete and a life that is over is a critical one for us too. Ira Byock, an American physician and author, devotes an entire book to this topic, entitled, The Four Things that Matter Most. Byock writes exactly what Jacob teaches us, that though we often use the word “complete” to mean finished, it may not always mean that. We all know that a relationship can be complete but not over, or over but not complete. Complete just means that it is whole, reconciled, and at peace. It means that if we were to die tomorrow, we would have no regrets; we would feel we had left nothing undone or unsaid.

Based on his work in palliative care, Byock has identified four “things” that he believes people need to say to one another to feel whole. They are:

Please forgive me.
I forgive you.
Thank you.
I love you.

We might think of Byock’s four things when standing around the deathbed of a loved one, but do we think of them in all of our interactions, every time we say hello and goodbye? It is possible for it to be too late for the four things, but it is never too early. When Jacob finally looks his beloved son in the eyes after 22 years of separation and agony, Jacob finds wholeness. His life is complete, and his life will continue.

In the verse immediately preceding Jacob’s comment about dying, Joseph weeps on his father’s neck during their reunion, but Jacob does not weep. Rashi tells us that Jacob does not weep because he is busy reciting the Shema, renewing his allegiance to God upon settling in a new land. I wonder if there could be an alternate explanation for his saying the Shema. Traditionally, we recite the Shema just before death, so that we are fully reconciled in our faith in God in our final moments. Perhaps, having finally found wholeness in his relationships with human beings, Jacob suddenly feels the need to find wholeness in his faith in God too. If he is truly ready to die after this reunion, he needs to be whole in all of his relationships. These two verses are Jacob’s version of Byock’s four things and Judaism’s deathbed recitation of the Shema. He is finally whole.

We need not wait until moments before death to seek wholeness. We can turn to our loved ones with Byock’s four things, with Jacob’s love and concern, with Jacob’s wishes for his child’s physical and spiritual wellbeing, with Jacob’s faith, and with whatever is in our hearts. We hope that our lives are far from over, but close to complete.