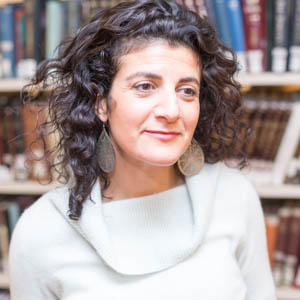 I just recorded this riff/improvisation on a Moroccan rendition of the piyyut “Ahot Ketanah.” The piyyut (liturgical hymn)—particularly beloved by Sephardim as the first piece sung for Rosh Hashanah—references Ki Tavo’s many curses and pleads that this year’s curses come to an end. When I chant it for the High Holidays, the entire kahal holds the drone underneath. The Talmud (BT Megillah 31b) explains that Parashat Ki Tavo ends with incessant curses so that we leave them behind and begin the New Year with only blessings.

The little sister—her prayers
she arranges, and her praises she recites
Please, God, heal her illnesses now.
May the year and its curses come to an end!

With pleasant words she calls out to You
and with song and praises that befit You.
Until when will You hide Your eyes?
May the year and its curses come to an end!

Raise the foremost of kingdoms up from degradation
For in the pit of exile her soul is disintegrated
May the year and its curses come to an end!

Be strong and rejoice
And you shall ascend to Zion
And He shall declare:
“Clear! Clear! Her paths.”
May the New Year and its blessings begin!

Listen to a traditional Moroccan rendition and read the full Hebrew text.