Behold: A Blessing and a Curse 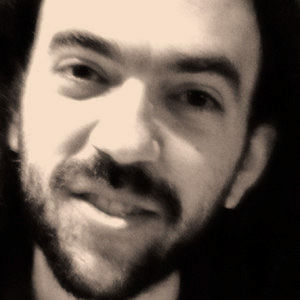 Earlier this year, we paid our final respects to Haim Gouri (1923–2018), one of Hebrew poetry’s most prominent and persistent voices for the past seven decades. One of the central questions preoccupying Gouri’s work is the cycle whereby chosenness is transformed into the mundane, or a blessing into a curse, only to reemerge as the impossible synthesis of the two. One of his first and most notable poems, “Here Our Bodies Lay Cast” [הִנֵּה מֻטָּלוֹת גּוּפוֹתֵינוּ] (1949], narrates in first person the post-final words of soldiers killed in the 1948 war. The title already indicates the uncanny cycle: the chosen few, the young soldiers of the nation, have become cadavers cast by the roadside, calling out in the opening line: “Behold, here our bodies lay cast a long, long row” [רְאֵה, הִנֵּה מֻטָּלוֹת גּוּפוֹתֵינוּ שׁוּרָה אֲרֻכָּה אֲרֻכָּה]. And yet, addressing the reader in the first-person plural voice, they have been transformed in Gouri’s poem into the living dead—the brave beautiful youth, the castaway cadavers—in whom curse and blessing are intertwined .

The opening imperative “behold” [רְאֵה] repeats six times over the course of the poem, driving home the sense of an eerie commandment forced upon the reader, to engage with this uncanny reality of the speaking cadavers, the living dead, the blessed cursed, the chosen castaway. Behold, here there is a blessing and a curse combined. This week’s parashah shares the prefatory imperative, as a Deuteronomic Moses speaks to the Israelites: “Behold, I set before you this day a blessing and a curse” (Deut. 11:26). Gouri’s lines preface the Israelis’ entry into the Land following the 1948 victory, while Moses’s words preface the Israelites’ entry into the Land following his own death. Both Moses and Gouri’s wartime comrades pronounce the imperative, “behold,” and both will be dead by the time their audience enters the Promised Land.

This is the point at which Gouri interjects, perhaps suggesting a way for us to read Moses’s words too. The promise is of a land, yes, but also of a blessing—and the promise of a blessing is always accompanied by the possibility of a curse. In our parashah, Moses goes on to instruct the Israelites to perform a ceremony upon entering the Land, to mark the promise in all its duality: “When the Lord your God shall bring you into the land  . . .  you shall set the blessing upon mount Gerizim and the curse upon Mount Ebal” (Deut. 11:29). There is a location within the Land, an aspect of the Promise, that is in fact marked by a curse. Following Gouri’s sensitivities we might observe that the promise of a blessing is always, dialectically, the possibility of a curse. Mount Ebal marks this terrifying possibility most clearly: Hhow could a place that is part of the Promised Land be a cursed place? How could the promise be (also) of a curse?

Gouri continued to explore this possibility throughout his career, further wondering what it would be like to live upon such a land. In his poem “The Scent of the Field” [רֵיחַ הַשָֹדֶה] (1985], he imagines the cycle of chosen and castaway revolving in the reverse direction as well. In this poem he takes up the Biblical character of Esau as his addressee. The poet, speaking in the first person “I,” addresses Esau in the second person “you.” The title is taken from Isaac’s words to Jacob who, in an attempt to steal Esau’s blessing, deceived Isaac into thinking that he is Esau: “The scent of my son is as the scent of a field which the Lord has blessed” (Gen. 27:27). Interrupting the line before mention of the Lord’s blessing and indicating the definite “the field” rather than the indefinite “a field,” Gouri’s title points to another field, in which the dejected Esau still roams awaiting his own blessing. Esau of course does finally get a blessing from Isaac, casting him as the dejected blessed of the Bible, another embodiment of this eerie cycle. In the closing lines of Gouri’s poem, once again the uncanny synthesis of a cast-out chosen is articulated. The poet addresses Esau:

One such as you will never rest. There is dirty work
And someone has to rush and return what was stolen. Always.
To be less loved, strong and cheated
And unworthy of pity.

Finally, in 2009 this dual character returns in the form of a ghostly refugee of war. Sixty years after the publication of his first poetry book, which marked the first years of Hebrew literary production in the context of the new State, Gouri returns once again to his preoccupation with the duality of blessing and curse, the chosen and the mundane, in a long retrospective on sixty years of Statehood. The book is strikingly titled for its central poem cycle “Ebal.” In poem number 29 of that cycle, through the fog of time and memory, or the smoke of war, Gouri is able to make out the figure of a woman refugee. Now speaking in the first-person plural, so familiar from his earliest poems on the fallen comrades of the 1948 war, the imperative “behold” [רְאֵה] is flipped. The first-person plural voice “we,” here following their own previous imperative, offer an account of what they themselves beheld [רָאִינוּ]. In this striking short poem, the speakers recall an image that has accompanied them since the war. They are not alone. If they are the embodiment of a duality of blessing and curse, chosen and dejected, they are also themselves only one side of a greater duality, in which the soldier and the refugee are destined to circle together indefinitely this mountain of Ebal.

I leave off with Gouri’s own words in poem 29 of the cycle: