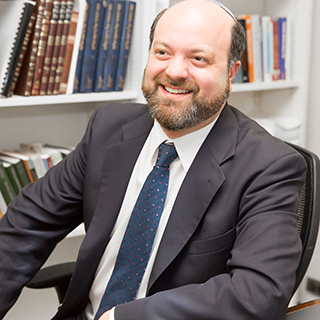 With the start of Sefer Bemidbar, the narrative of the Torah turns to the long journey of Benei Yisrael through the wilderness—punishment for the sin of the Golden Calf and preparation for entry into the Land of Israel. Passage into the sacred terrain first requires an arduous ordeal of wandering—a physical process of movement and quest. Penitence, pilgrimage, and transformation are anchored in the space of wilderness.

Moshe, too, after killing the Egyptian and prior to his divine call to leadership, retreats to the wilderness, a period of withdrawal into a space outside the habitation of society. It was only in that space, R. Bahya ben Asher suggests, far from the yishuv (dwelling place) of the population, that Moshe could reenact the prophetic encounter of his ancestors, a withdrawal for the sake of spiritual and moral elevation (commentary to Exod. 3:1). Like Moshe the solitary shepherd, the people of Israel must undergo a spiritual transformation, a process of purification—from the impure state of idolatry to the refined condition necessary to enter the holy land. This purification is represented by the desolate nature of the wilderness—a vast emptiness that facilitates a breakthrough in mind and soul. As Kathleen Norris has written, evoking life on the Great Plains of Dakota as a spiritual practice:

Here the eye learns to appreciate slight variations, the possibilities inherent in emptiness. It sees that the emptiness is full of small things… A person is forced inward by the spareness of what is outward and visible in all this land and sky… Maybe seeing the Plains is like seeing an icon: what seems stern and almost empty is merely open, a door into some simple and holy state (Dakota, pp. 156-7).

The experience of what appears to be emptiness is an opening into another state of spiritual perception, an opening of the heart into the concealed indwelling of divine holiness. The sublime interior of the human soul is revealed in that moment of mystery and grandeur before the vastness of the All.

Likewise, R. Bahya asks, restating an earlier midrashic teaching (Tanhuma, 6; Bemidbar Rabbah, 1:7): why does the Torah emphasize God’s speech to Moshe in the wilderness of Sinai (בְּמִדְבַּר סִינַי)? It was to teach that “a person does not attain the Torah until they have made themselves empty and abandoned like the wilderness” (אין אדם קונה התורה עד שיעשה עצמו הפקר כמדבר) [commentary to Num. 1:1]. To receive the revelation of Torah—or perhaps a bit less grandly, to let Torah take root in one’s heart—a person must first make themselves into a midbar, an inner empty wilderness that is cleared of all the weeds and brush that obstruct true perception and feeling. A wilderness that returns to the first purity of nature.

Just as divine revelation and the Torah arise from the physical space of wilderness, of midbar—at the burning bush and then at Mount Sinai—a heart infused with divine Torah arises through a person’s mindful cultivation of their own interior wilderness. One should seek to attain the level of hefker—of feeling unbound by the pride and egoism of ownership, of being unattached to materialism. In hefker consciousness, we train our spiritual sight to see the Divine Presence that dwells beneath the surface, beneath the many golden calves of our obsessions, possessions, and wayward priorities. This is a radical reinvention of the concept of hefker, a neutral halakhic category of abandonment and ownerlessness (e.g. BT Eruvin, 45b).

In this transformed reading, the midbar may be said to embody a pure state of emptiness—an inner cleansing that allows us to go deeper into the spiritual path. Becoming hefker kemidbar is a process of letting go of our imprisonment in materiality, in ephemeral and finite desires—to be liberated into the vastness of an inner wilderness. As R. Nahman of Bratzlav taught (Likutei Moharan I:52), the most profound opening of the heart to God takes place in the physical space of darkness and wilderness, the frightening ground of loneliness and alienation. It is in hitbodedut (solitude) that we are able to empty our minds and hearts of society’s overwhelming drumbeat, where the ultimate bitul hayeish (erasure of superficial, mundane consciousness) becomes possible, and we are truly opened in all of our vulnerability before Divinity. In that place of midbar, we are able to break open the heart in ways we didn’t know were possible, to cry out to God from a place of the deepest emotional honesty. The midbar is an inner place of psyche as much as it is a terrestrial location.

But it was hefker kemidbar as a state of moral piety that was first articulated by the Sages (see BT Sanhedrin, 49a; Bahya ben Asher, Kad Hakemah, “Orhim”; Metzudat David on I Kings 2:34), and this interpersonal dimension remains a powerful feature of the ideal to which we aspire. As these sources teach, one should make one’s home hefker kemidbar, free and open for all—cultivating an ethic of hospitality in which the poor and the less fortunate feel free to come and be cared for. The model of wilderness, of midbar, is here taken to be an inspiration to live a life of openness and kindness toward other human beings. As the modern monk Thomas Merton said: “The speech of God is silence. His Word is solitude…It is in deep solitude and silence that I find the gentleness with which I can truly love my brother and my sister” (Entering the Silence, 2:398). In this reading, hefker is understood in the most charitable and positive sense of “free for all,” as opposed to the more pejorative meaning of hefker as a chaotic and uncontrolled “free-for-all.” The openness of a midbar-state-of-being is one that inspires kindness and generosity: the gentleness needed to sincerely love one’s fellow person. That gentleness is the silent speech of God flowing though man and woman to be realized as moral living. Integrating Merton’s insight with the Jewish sources we have considered, the retreat of solitude is filled with the living word of God, the breath of divine sustenance. It is our spiritual work to let that divine solitude refine the openness and gentleness with which we treat our fellow human beings.

To paraphrase the teaching: You will attain the true soul of Torah only when you have made yourself hefker kemidbar—a person cleansed of superficial obsessions, gentle and generous toward other people, one who has nullified the grip of pride and egoism. As the early Hasidic rebbe R. Menahem Mendel of Vitebsk (Pri Ha’aretz, Letter 27) taught, true wisdom and humanity rises from the cultivation of deep humility:

The Torah only stands firm in one who makes himself like a midbar hefker before those who are poor of mind and rich of mind, and he doesn’t think of himself as better than his friend. On the contrary, he should be completely nullified before his friend, and it is through this that they become united and bound up one with the other.

True spiritual refinement, the deepest attainment of hefker kemidbar, must not remain at the level of individualistic mystical growth and the personal quest for divine revelation. To realize the ideals of piety, to ensconce the living Torah in the wholeness of oneself, a person must aspire toward a genuine humility, to avoid the harmful path of judgmentalism and arrogance. It is in the bond of loving friendship and fellowship, in kindness and humility toward the other, that the Torah—and God—are most radiantly revealed.