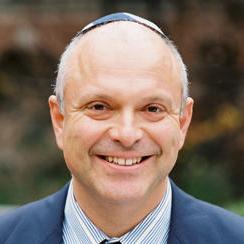 Reading Parashat Balak along with Rashi, the medieval 12th-century French exegete par excellence, one quickly discovers how vilified Balaam is in Midrash. But not all biblical commentators side with Rashi. There’s a fantastic chapter by Nehama Leibowitz (1905–1997) in Studies of Bamidbar entitled “Prophet or Sorcerer?” Rabbi Jacob Milgrom (1923–2010), too, has an article on the subject entitled “Balaam: Saint or Sinner?” in his extraordinary The JPS Torah Commentary: Numbers.

The biblical accounting of Balaam’s behavior, without rabbinic interpretation, is rather straightforward. Balak, king of the Moabites, has asked Balaam, a non-Israelite sorcerer, to put a curse on Israel. Balak, aware that the Children of Israel have been blessed by God, hopes that a curse will allow the Moabites to be victorious in their battle against the Israelites. After several entreaties from Balak, along with permission from God and a stop along the way with God’s angel, Balaam ends his journey at a mountaintop, where he sees from a distance the Children of Israel encamped. From this vantage point, Balaam proceeds to bless the Israelites four times (Num. 23:7-10, 18-24; 24:3-9, 15-24). It is some of the most beautiful poetry in all of biblical literature.

But Rabbi Yohanan, a third-century sage from the land of Israel, is suspicious of Balaam’s blessings, so that when “God put a word in Balaam’s mouth” (chapter 23, vs. 5) to bless the Israelites, it was like a “hook” (BT: Sanhedrin 105B). In other words, R. Yohanan believed that these words of blessing caused Balaam great pain, like a fish getting caught. Leibowitz, in her commentary, points out that “Maimonides [12th century], too, asserted in his Guide to the Perplexed that when the Torah reads, ‘And God put a word in Balaam’s mouth,’ the words were, in essence, God’s words, and that God taught Balaam by rote, indicating that Balaam never believed for a moment his own words of blessing.” What seals the deal for Rashi for making Balaam out to be the bad guy is that he is responsible (chapter 31, vs. 16) for encouraging the Moabite women to seduce the Israelite men at Baal-peor. It’s troubling, but not surprising, that the Torah text blames Balaam, a non-Israelite religious leader, and women for the immoral behavior of the Israelite men.

Rabbi Sampson Raphael Hirsch (1808–1888), on the other hand, in his commentary on the book of Numbers (chapter 24:1–2), writes the following about Balaam: “And when [he] saw that it pleased the Lord to bless Israel, he went not, as at other times to meet with enchantments, but he set his face toward the wilderness. And Balaam lifted up his eyes and he saw Israel abiding tribe by tribe. And the spirit of God came upon him.” Hirsch writes, “The veil had been lifted from his eyes, as he began to realize that the will of God could not be influenced by means of sorcery. The sentiments he had uttered on the two earlier occasions in Chapter 23, verses 9 and 20, now became his own inner convictions . . . Now it was not a question of God putting a word into his mouth against his will, in spite of himself, as heretofore, but of the spirit of unconstrained prophecy informing his utterances.”

So who was the real Balaam? Was he a prophet, a sorcerer, a saint, or a sinner? Judaism gives voice to a plurality of opinions, and the fact that we can agree to disagree, whether we’re debating halakhah, the politics of Israel, or the inner motivations of biblical personalities, is non-fundamentalist and democratic. At the Park Avenue Synagogue High School, where I taught in the 1980s, there was a very popular course entitled Bible on Trial. This was an opportunity for students to place biblical personalities on trial. What made the course so engaging and satisfying to students was the debate, along with rendering a decision.

Where do I stand on Balaam? Is he friend or foe? If it weren’t for Balaam’s words, which I recite each morning, how could I daven? I’d be disoriented. “How fair are your tents, O Jacob, Your dwellings, O Israel!” (Num. 24:5). I need his supportive words for several reasons.

Shaharit at the William Davidson Graduate School of Jewish Education Big Tent Minyan, like everywhere else on the planet, is early for me. I’m not the greatest morning person. I haven’t had my coffee. My eyes are blurry. I’m tired and grouchy. Everyone else around me has basically the same attitude. All too often, we can forget how the power of 10, a microcosm of sacred communal living, can make such a difference in the world. Here’s an example what I mean: I’ve attended hundreds of b’nai mitzvah over the years and seem to have lost the appreciation of the transformative power this life-cycle event has for a young person. A spiritual numbness develops. Recently, I was talking to a good friend who is Christian. She was telling me about a bat mitzvah she recently attended. She said, “What these kids accomplish is just extraordinary! And for a young person to speak before the community . . . ” We need observers—outsiders—reminding us, helping us see that what we are doing has significance.

An outsider may affirm not only who we are, but a blessing from a third party may illuminate what we can become. Dr. Ismar Schorsch, in his July 3, 2004, JTS Torah commentary on Balak points out that the placement of Balaam’s blessings comes at a critical time when the Israelites, as they near Canaan, a ragtag bunch, exhausted and rebellious, are in need of spiritual uplift. Moses, fed up, would have loved to curse his people, while Balaam, a non-Israelite, the one expected to curse Israel, ends up blessing them at an opportune time. How often does someone engaged in leadership in the Jewish community (I’m no Moses) feel fed up with so much discourse and dissent? How in the world can I find the beauty, the unity of my own people? Balaam reminds me that each day is a gift. What an extraordinary opportunity I have to work with students and colleagues toward the professional development of future rabbis and educators.

I suppose a minyan could try and get along without Balaam’s words altogether, or those of us participating could pat one another on our backs and say, “Great job what we’re doing!” But that would be self-serving. (It’s interesting and appropriate that Judaism doesn’t have a blessing for performing acts of loving-kindness.) Observations from third parties help to objectify experiences as a means of seeking truth. Also, as much as we see ourselves as the insiders to the experience (we are the minyan makers), we are, in fact, all outsiders to the experience. Each time we enter sacred space, we can’t take this experience for granted. Balaam invites me to “lift my own veil,” as it were, to see more clearly in order to move closer to God and community.