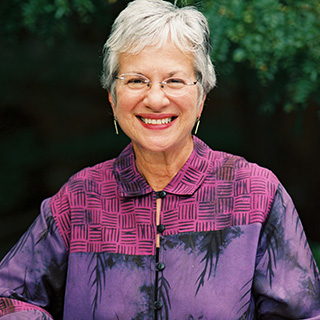 Although many of us recognize the word avatar as a representation of the self in computer games (a “mini-me,” or so my granddaughter tells me), in fact the term originates in Hindu mythology. An avatar is a personification or embodiment of a divine principle. While we traditionally refer to Avraham as avinu, our father, perhaps we would get a more nuanced view of this biblical hero by imagining Avraham as an avatar. What does avinu mean? Surely not blood lineage; converts also refer to themselves as b’nai avraham. In his letter to Obadiah—the proselyte who worried about whether it was hypocritical to pray to “our God and the God of our fathers”—Rambam unequivocally substitutes moral attributes for DNA: “Thus Abraham our Father, peace be with him, is the father of his pious posterity who keep his ways, and the father of his disciples and all proselytes who adopt Judaism” (Ed. Twersky, Isadore. A Maimonides Reader, 476).

Avraham Avinu is an avatar in that he embodies ethical principles and moral behavior. These middot, ma’a lot, or virtues (from the Latin, vir, man; mensh in Yiddish) allow mere mortals to emulate God. According to philosopher Alasdair MacIntyre, a virtue is distinguished by three elements:

The Abraham we meet in Va-yera is a classic moral exemplar, an avatar. Even God is impressed with his potential to serve as a model for the Jewish people. In Genesis 18:1, God approaches Abraham while Abraham sits. Rashi explains what appears to be an inexcusable gaffe. “He [Abraham] wished to rise, but the Holy One, blessed be He, said to him, ‘Sit and I will stand. You shall form an example to your descendants (siman l’vaneikha) that I, in time to come, will stand in the assembly of the judges while they sit, as it is said (Psalms 82:1), ‘God stands in the assembly of the judges’ ” (Gen. R. 48).

In this parashah, we find Abraham personifying the virtues of hospitality, compassion, humility, peacemaking, and fear of God. All of these qualities can be found in our musarliterature and in Max Kadushin’s rabbinic value concepts.

It is tempting to let the horrific story of the Akedah dominate the discussion of Abraham as moral exemplar. This narrative centers on the middah of fearing God, Abraham binding himself to God’s inscrutable demands, and passing his ultimate test of faithfulness. During the Middle Ages when rampaging Crusaders massacred Jews (why wait to get to the Holy Land to kill the infidels when there were infidels en route?), these Jews imagined themselves latter-day Abrahams. In 1140, Solomon bar Samson recorded the horror that befell the community of Mainz: “They tied their sons as Abraham tied his son, and they received upon themselves with a willing soul the yoke of the fear of God, the King of Kings, the Holy One, blessed be He . . . The ears of him who hears these things will tingle, for who has ever heard anything like this? Inquire now and look about. Was there ever such an abundant sacrifice as this since the days of primeval Adam? Were there ever eleven hundred sacrifices on one day, each of them like the sacrifice of Isaac, the son of Abraham? ” (Ed. Marcus, Jacob R.; The Jew in the Medieval World: A Source Book, 315–1791; 117–118).

This understanding of Avraham Avinu is highly problematic. Although those who died forKiddush Hashem (sanctifying God’s name) claimed to be following Abraham’s example, their reading of the Akedah makes sense only if Abraham killed his son. Also, the readiness to sacrifice one’s child does not fit MacIntyre’s criteria for a virtue. Unlike other ma’alot or middot that constitute normative behavior bounded by communally determined rules (“this is the way we do things around here”), child sacrifice is not held up as a Jewish ideal. A far better example of Avraham as avatar, one that reflects the simple meaning of the text, is in the depiction of hakhnassat orhim (welcoming guests), a narrative that is twice as long as the Akedah.

The parashah includes three vignettes of greeting wayfarers: how Abraham, Lot, and the people of Sodom understand the moral obligation of hospitality and the practice of this virtue. According to tradition, Abraham’s tent was open on all sides to view passersby. Upon seeing the three messengers, Abraham runs to them, bows, arranges for water and shade. He promises a morsel but prepares a lavish spread. “Such is the way of the righteous; they promise little but perform much” (BM 87a). He orders Sarah to use the choicest of ingredients: the flour that would later be used in the Mishkan, curds and milk much prized in the Ancient Near East, and tender veal (Rashi, no doubt prefiguring the French obsession with gastronomy, observes that Abraham needed to kill three calves to serve each guest the delicacy of tongue with mustard sauce [Rashi on Gen. 18:7]).

Unlike Abraham, Lot does not run to greet the angel-messengers who visit him in chapter 19. He sits until they approach him and then stands. While he does urge them to stay in his home, rather than in the public square, he prepares a much simpler meal than the generous Abraham, i.e., unleavened bread rather than cakes of fine flour. To his credit, Lot does try to protect the visitors from the rage of the people of Sodom.

Although living in Sodom, Lot is still somewhat connected to the moral values of the Abrahamic family. His mores, his understanding of normative behavior, are at odds with those of his neighbors. The rabbis capture the moral depravity of Sodom through its contempt for hakhnassat orhim. They claim that the Sodomites refused to expend any of their lavish wealth on strangers and that they brutally killed a young girl for helping a poor man (Tosefta Sotah 3:11f). Genesis Rabbah tells us that Sodom provided only one bed for strangers; if an unlucky wayfarer was too short to fit, he was stretched until he could; if another was too tall, his legs were chopped off.

Reflecting on the oddity of Abraham not standing when the Lord spoke to him (Gen. 18:1), but running to greet the messengers, the Rabbis opined, “Hospitality to wayfarers is greater than welcoming the Divine Presence” (Shab. 127a). We are called upon to test our moral centeredness in the quotidian. Judaism provides a map for living in ordinary times. How does Avraham the avatar show his love for God? As we should: by practicing on His creatures.