A New Rabbi in 17th-Century Italy 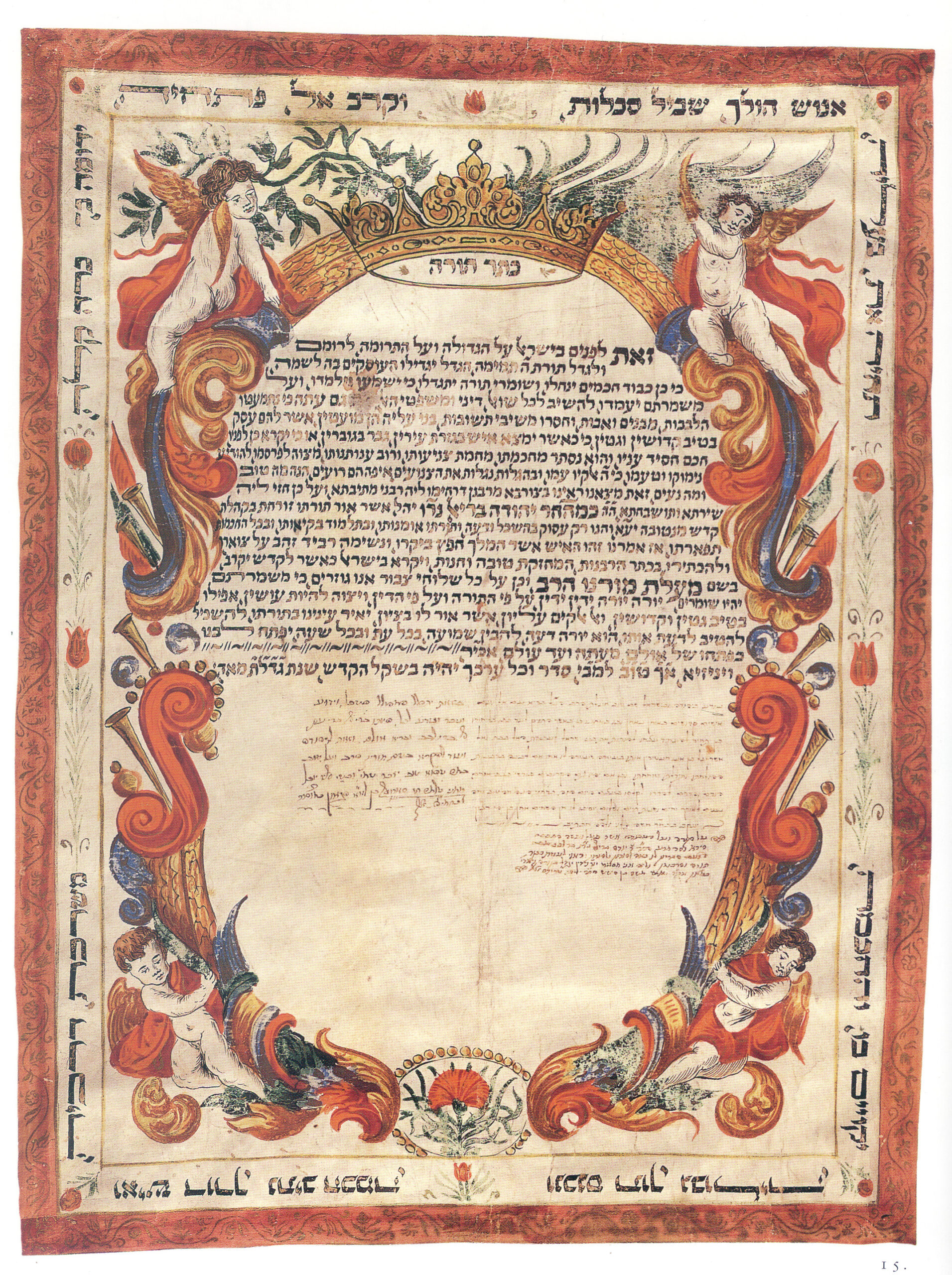 View the image in high definition.

Reminded that he will not be permitted to lead the people into the Land of Israel, Moses asks God to appoint a successor for him. God instructs Moses:

Single out Joshua son of Nun, an inspired man, and lay your hand upon him. Have him stand before Eleazar the priest and before the whole community, and commission him in their sight. Invest him with some of your authority, so that the whole Israelite community may obey. (Num. 27:18–20)

Semikhah, the term here for “laying on [of one’s hand]”, became the common term for rabbinic ordination, and the appointment of Joshua became the model for passing on of tradition and authority

This semikhah certificate for Judah ben Eliezer Briel of Mantua praises his qualities and his learning, and numerates his rabbinic responsibilities, which included adjudicating matters of Jewish civil law and family law. Three eminent rabbis of the Venetian community signed the document. The decoration is characteristic of 17th-century Italian ornamentation. It was not uncommon to find contemporary artistic elements such as putti (cherubs) and floral borders in religious documents—similar motifs can be found in the Jewish marriage contracts and Esther scrolls produced at this time—but on a semikhah certificate this ornamentation is exceptional.

Rabbi Briel went on to become the chief rabbi of Mantua, and he is also a witness on a ketubbah in the JTS Library’s collection, which features unusual imagery.