A Dialogue of Love: Interreligious Cooperation and Global Well-Being

By :  The Jewish Theological Seminary Posted On Nov 16, 2020 | Interreligious

Professor Azza Karam, the secretary general of Religions for Peace International and professor of religion and development at the Vrije Universiteit in Amsterdam, the Netherlands, served as a senior advisor on culture at the United Nations Population Fund (UNFPA); and as chair of the United Nations Inter-Agency Task Force on Religion and Development; where she coordinated engagement with members of over 600 faith-based organizations. She was the lead facilitator for the United Nations’ Strategic Learning Exchanges on Religion, Development and Diplomacy, building on a legacy of serving as a facilitator of inter-cultural leadership and management in the Arab region as well as Europe and Central Asia. 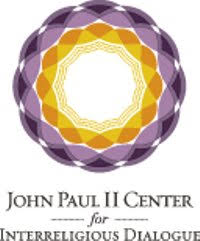 About the John Paul II Lecture

An Interview with Professor Azza Karam

Many people are quite skeptical about the positive role religions can play in fostering peace and well-being in the world.

It is clear that religious institutions and leaders have a very critical set of roles to play, especially in this moment of global pandemic. They are needed now more than ever because of the spiritual sustenance that people are looking for due to their rising sense of helplessness.

They are also needed medically, because a significant number of our medical facilities around the world are actually run through or by religious institutions, and as all government and private sector medical units are on red alert, the religious medical services help support public health.

Religions are also needed financially and economically, because people are losing their sources of income and looking for supplemental income through charity. Religious institutions have traditionally been income providers for so many of those who are struggling, and these financial capacities are being put to use now, as well.

Last, but by no means least, religions are needed politically too. We know that religious leaders have tremendous influence and that political institutions look to them for that.

Religions are therefore more necessary than ever, but let us take our reflection one step further. It is not good enough nor helpful to have any single religious entity more powerful in its range of services. It is not about serving to become more powerful as one religion, it is about serving in this moment of dire global need to become more cohesive as a social entity. I do not want to see some Muslims becoming more powerful, nor Jews or Christians. I do not want to see any religious institution becoming more powerful. I want to see them all coming together to serve everybody better.

How do these multi-faith alliances come into being?

You don’t suddenly become partners. You become partners because you have established a legacy of serving together, speaking to one another, being in common service through common discourse. It is because of the consultations and conversations happening over decades between religious leaders and other institutions—dialogue that some of us may have decried or been disappointed with—that we are now able to come together to serve our communities on multiple levels. The interreligious dialogue that has been happening all over the world, in so many places and ways, is now being operationalized in terms of collective service to communities, which helps create the kind of social cohesion that we need in a time of global pandemic.

The title of your November 16 lecture is “Dialogue of Love.” What is the place of love in the service you describe?

What is service if not love? Why would I serve if not out of love? Service is a call beyond our professional commitment. I believe that service is the quintessential raison d’être of religion and that we are faithful when we serve. We are people of faith and therefore we serve one another without discriminating. The more we love the divine—in whatever shape or form it is—the more we love one another and want to serve one another. To show love we serve the people we love. This is why every single religion speaks about the imperative to do good. I do not see a dividing line between service and love.

What was your entry point and experience in the world of interreligious dialogue?

My very first experience of interreligious dialogue happened at the level of human rights. I was an intern in a human rights organization and the conversation was very legalistic and political. The question was how to maximally serve the human rights of everyone, including those in jail. In the midst of this conversation, which was very secular, we had to confront situations in which those who were detained or missing were actually in trouble in the first place because of their religious convictions or what they understood to be their religious convictions.

How can you defend the human rights of a person who takes actions which are deemed harmful by society and governments, but this person believes that he/she is acting out of religious convictions? This actually opened for me the door to a conversation about convictions and faith. This evolved into learning about other people’s beliefs and trying to understand what it is that moves people to behave in certain ways. This is how I got interested in the “pulse of faith” inside each of us.

When I first came to work for Religions for Peace, I was strongly motivated by wanting to understand how this happens at a global level, how faith moves at the level of institutions and communities. I began to understand some national contexts a little (such as in the Middle East, Europe, Central Asia, and some parts of Africa), but I also wanted to see how this was playing out at the global level. That is why I came and joined Religions for Peace in 2000, which gave me my first exposure in the formal processes of interfaith collaboration, dialogue in action. Now we are taking the dialogue a few steps further into how we actually serve.

More by The Jewish Theological Seminary More on Interreligious