What Makes a Book “Torah”?

By :  The Library of the Jewish Theological Seminary Posted On Nov 24, 2017 | Speaking of Text: The Jewish Bookshelf 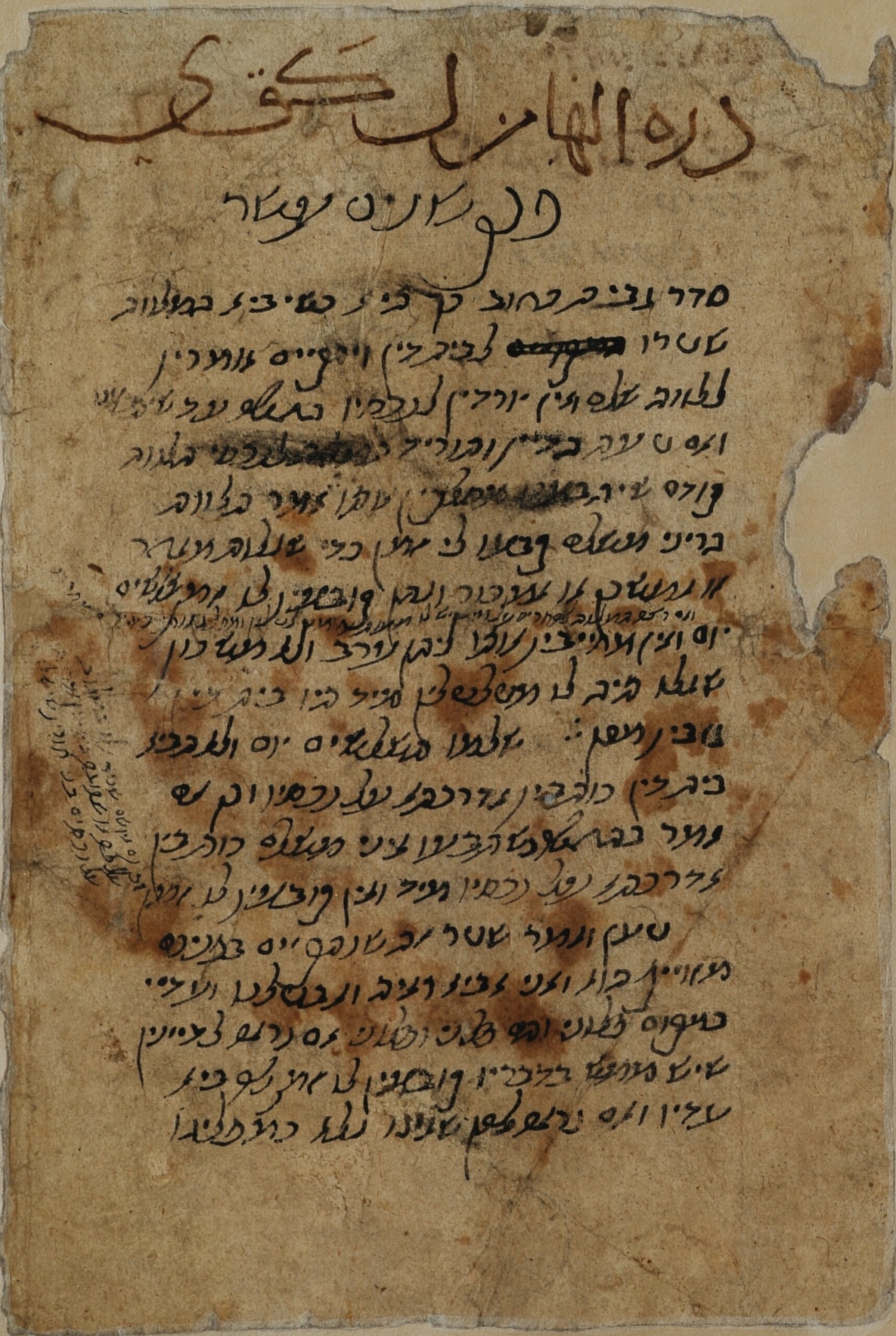 In the manuscript age, what distinguished “Torah” from other writing? One of the key answers to this question is that manuscripts were fluid and each copy therefore different from any other, while Torah—as the word of God and the source of Jewish tradition—had to be precise and unchanging. In fact, to assure the fixity of the Tanakh, masters of the text called Masoretes developed a system to freeze the biblical text in an official, unchanging form. For the Talmud, by contrast, there is no such system.

Which is what makes the page pictured here so interesting. This is a page discovered in the Cairo Genizah—in Maimonides’s very own hand—recording the beginning of the twenty-second chapter of the Laws of Loans and Borrowers from Maimonides’s great law code, the Mishneh Torah. You can easily see how Maimonides works to formulate and re-formulate the final text: he crosses certain words out (don’t confuse this with smudging); he adds certain phrases between the lines. Remarkably, when one compares Maimonides’s original formulation, with his own revisions, to the final printed text, the formulation is essentially identical, despite many generations of re-copying in manuscript before the first printing.

What does this teach us? That Maimonides’s words were seen as “Torah” from the very beginning. Only this assumption can explain the care with which they were copied. Imagine: the words of a human as “Torah”—now, that’s an idea worth exploring!