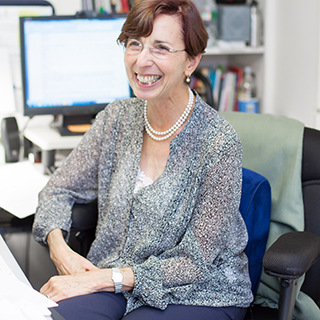 This week’s Torah parashah is concerned with the Israelites’ entrance into the Promised Land. The parashah emphasizes that the Israelites should obey God’s commandments faithfully, with all their heart and soul. Since the Covenant between God and Israel establishes mutually binding obligations for both God and the Israelites, God’s commitments are also reaffirmed: the promise to make Israel a holy people. We find a long description detailing the ceremonies that the Israelites should perform once they enter the Land as a way to reaffirm the Covenant (27:1–14, 28:1–14), and curses (27:15–26, 28:15–53) that befall those who do not observe the laws.

According to tradition, vocal recitation of the Torah dates back to the time of Moses, who, according to the Rabbis, would read the Torah publicly on Shabbat, at festivals, and the beginning of the month. The Talmud says that it was Ezra the Scribe who established the practice of reading the Torah on Shabbat, a practice that continues to this day. However, the Torah is not simply recited, it is chanted by the reader according to the cantillation (“trope”) marks that guide the singing of the sacred texts during public worship. To make it more complicated, these cantillation marks do not appear on the scroll. They are only printed in the text, and the reader needs to prepare the chanting before the performance. In Hebrew, the term for the cantillation marks is ta’am, which means sense. And indeed the pauses, pitch, and dynamics with which the text is recited help to highlight the meaning of that text. The style of cantillation varies according to different Jewish traditions, and there are different melodies connected to the cantillation marks for different sections of the Bible. Hence, the Torah and the haftarah sections use the same markings, but are sung with different notes.

In this parashah, we are introduced to an additional way of chanting: two long passages are recited quickly and in sotto voce (Deut. 27:15–26, 28:15–53). The musical term sotto voce means, literally speaking, under one’s breath. It is a lowering of the vocal or instrument tone, not necessarily with a very soft voice, but with a hushed quality. For example, we hear this distinctive kind of sound in the Lacrimosa of Mozart’s Requiem Mass in D Minor, in which the singers want to convey deep sadness and feelings of profound distress.

The passages chanted in sotto voce are the ones that outline the awful consequences people will reap if they do not follow God’s commands. The source for the custom of reciting this portion of Ki Tavo in sotto voce is unclear, and might relate to ayn harah (fear of the evil eye). One of the arguments is that if the person who reads those passages reads them with certainty and in a loud voice, those awful consequences will indeed materialize. The reader and the congregation prefer not to dwell on such a possibility, and therefore choose to recite these passages quickly and softly. But who in the congregation will be called up to the Torah for this reading? It could be considered an insult to be given the aliyah in which these terrible punishments are spoken out loud. Often the reader goes up to the Torah to spare a member of the congregation the embarrassing and unpleasant situation of reading such strong admonitions.

Adrian A. Drulester (2000) an educator and musician, captures the reader’s feeling of fear upon reading this portion in a short poem.

Tip Toe through Ki Tavo.
Don’t read loudly,
Lest the curses that we read
Will all come true and bring doom.

We find some late sources that attest to the use of low voice and quick recitation. The Talmud tells us that “Levi bar Buti once read the curses, arur (cursed be anyone, 27:15) haltingly (megamgem) before Rav Huna” (Megillah 31b). The reference here is to the admonitions beginning with the word arur (cursed be) in Deuteronomy 27 and 28. Rashi explains the word haltingly as “swiftly, in a running fashion (b’merutzah) and with difficulty.” There are indeed some communities that read the admonitions without pause, but what did Rashi mean by “with difficulty?” Could this be a hint that the reading was done in a low voice as well (R. Yaakov Bieler, 20101)? It is interesting to note that R. Joseph Lookstein (z”l) [ibid] argues that, in his view, the admonition section should be read loudly and slowly in order to fully impress upon those present how important it is for them to avoid those actions that might trigger divine wrath. So it seems that it is not only what is being read that counts, but the way a passage is read that has an impact on the audience. It is also evident that there is an opening for individual interpretations of some of these customs.

What better way to educate a congregation and help its members experience and internalize the meaning of the Torah than by using music? Educators believe that there is no one-size-fits-all education. The freedom to choose a way of reading the powerful chapters in the Torah is crucial when one addresses learners, and it reminds us that being sensitive to learners’ needs is the hallmark of good education. The freedom to choose a mode of delivery and the opportunity to embellish during the Torah reading underscore the importance and power of the presentation by the rabbi, and his or her pivotal roles as educator and performer in a public space. Seymour B. Sarason (19992), the late educator and psychologist at the Institution for Social and Policy Studies of Yale University, discusses the role of educators—and in our case, rabbis—as performers. He argues that educators need to regard themselves not only as facilitators of content, but also as actors in front of an audience. With performing in mind, they are more likely to capture and sustain the attention of that audience. The “audience”—in this case, the congregation—be it in a classroom or a sanctuary, wants to be emotionally moved and fully engaged. Both a congregation and classroom students expect educators to bring the text to them with the excitement and verve of a first performance; they want to be energized, stimulated, and inspired by the teaching. Learners of all ages and in all contexts want to be moved by the drama in the story and its echo in a human voice that conveys the excitement embedded in the text. The individual voice of each reader expresses and complements the significance of that text.