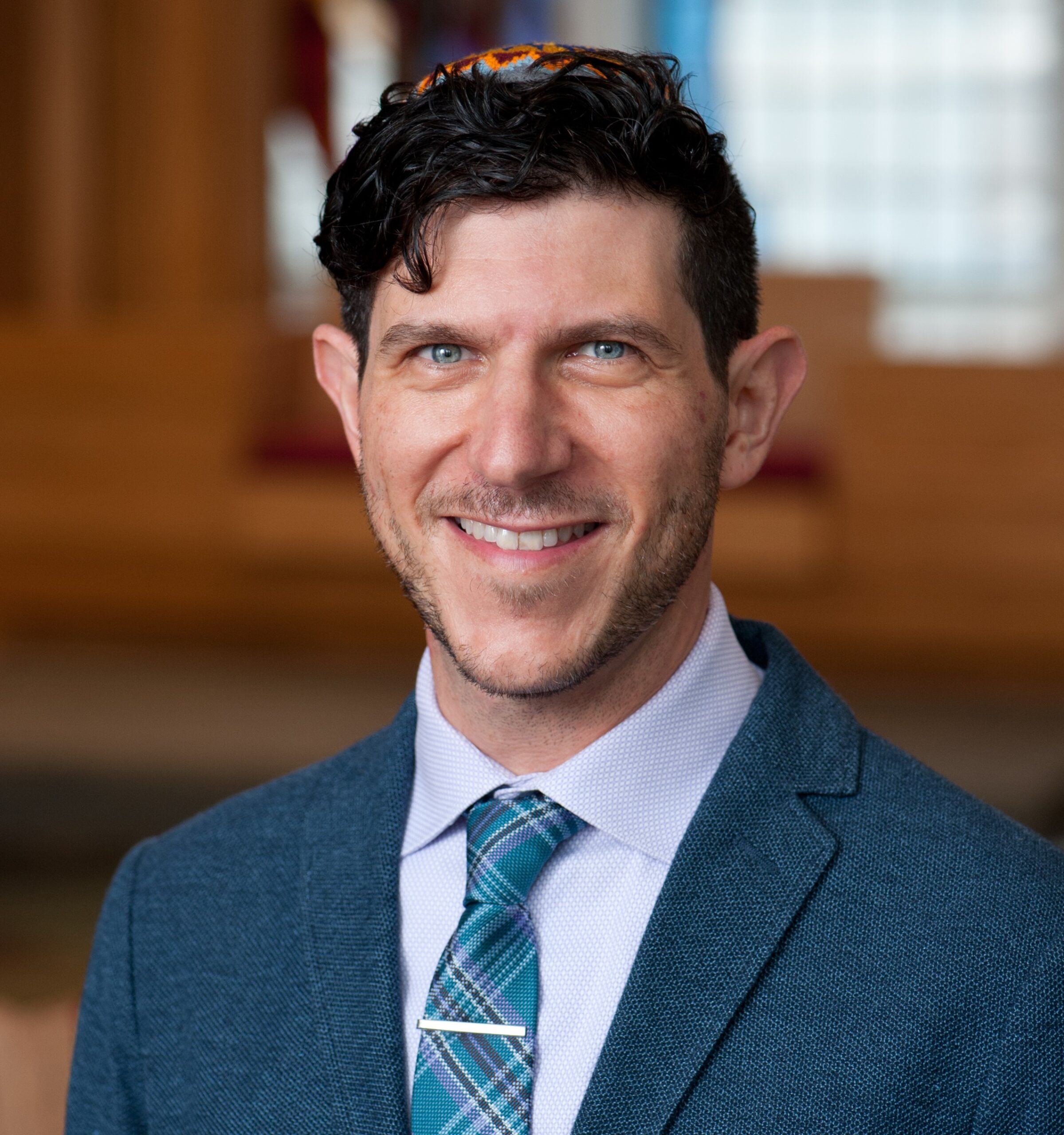 Bertolt Brecht once commented, “Don’t expect the theatre to satisfy the habits of the audience, but to change them.” Brecht, an influential 20th-century playwright/director, believed that the theatre’s highest aim was social change. A play’s goal was achieved if, when the curtain falls, each audience member possesses a deeper understanding of their personal responsibility to improve the world. But Brecht knew that a writer’s words alone, no matter how compelling, would not elicit that response. So, he used theatrical elements such as lights, sound, music, and movement to stimulate the hearts and minds of theatregoers.

While Brecht directed his own plays, the process he describes typically happens through collaboration between playwright and director. I’ve had the privilege of experiencing this firsthand: for over a decade before starting my path to the rabbinate, I was a professional theatre director, with a special love for new plays. My job was to advocate for both the playwright and the audience-to-be, guiding the work toward a final form that was both coherent and meaningful. The play is ultimately the playwright’s vision, but a director helps make that vision manifest.

The metaphor of a playwright and director crafting a new play together can be applied to our parashah. The playscript God is developing is the set of mishpatim (rules), expanding on the Ten Commandments. God begins developing the “script” in a speech to Moses in Exodus 21:1: “And these are the rules that you shall set before them . . . ”

In this formulation, God is undoubtedly the architect of the text, but Moses has an important role, too. Moses must “set” or “place” (תשים) the forthcoming rules in a way that will enable the people to understand them. The Mekhilta d’Rabbi Yishmael compares Moses’s task to preparing a banquet table for a guest. The verse and the midrash suggest a creative collaboration: God as playwright, with Moses as God’s director.

Several chapters (and many rules) later, it is time for Moses to “workshop” the script with the audience—the Israelites. Exodus 24:3 illustrates what might be called the first preview performance of God’s new play:

Not bad for a first workshop reading! But Moses could sense from the audience reaction that something was still missing in the delivery. The people responded positively, but they had not experienced deep personal change of the nature that Brecht described.

And that’s when Moses steps up as God’s director. Moses sees that God’s words alone aren’t enough, so he supports God’s vision by creating a theatrical environment that will lift God’s text up even higher:

Moses then wrote down all of God’s words. Early in the morning, he set up an altar at the foot of the mountain, with twelve pillars for the twelve tribes of Israel. He designated some young men among the Israelites, and they offered burnt offerings and sacrificed bulls as offerings of well-being to God. Moses took one part of the blood and put it in basins, and the other part of the blood he dashed against the altar.

In other words, Moses A) makes notes on God’s script; B) oversees the design and decoration of a set; and C) casts some young Israelites as the proverbial spear-carriers to round out the dramatic effect.

These theatrical elements are not intended to cast illusions or play tricks on the audience. On the contrary, good theatre reflects vital truths about the world. We retain some of these very elements in our synagogue worship today. Consider the Torah service, which blends text, music, movement, audience response, and even a dramatic entrance for the central player when the Sefer Torah emerges from the aron. Staging our Torah reading in this way heightens our awareness that what we are about to hear is not simply a text, it is a way of life.

His staging prepared, Moses is now ready to bring the audience back in for a second showing. This time, the performance includes theatrical elements that bring it much closer to its final form. And Moses does not simply repeat the text that he heard from God; he recites the scripted version. The production now even has a title, Sefer Habrit (The Book of the Covenant).

And sure enough, this time, the people’s response signifies a new way of thinking and behaving. After this reading, the people again respond that they will do the things that God prescribes (נעשה), the same expression they used the first time. But this time, the people also exclaim that they understand them (ונשמע) (Exod. 24:7). The added verb shows us that God’s goal as playwright is realized, and Moses’s directorial mission is accomplished.

Brecht expressed a hope that his theatre would offer “a new lease on life.”[1] This is exactly what God hopes the mitzvot will provide for the Israelites, after generations of soul-crushing slavery in Egypt. But God can’t do it alone. It turns out that God’s work, like theatre, is collaborative. Without Moses’s contributions as “director,” God’s play might have been well-written, but it would not have given its audience the clarity of purpose that only great theatre—and Torah—can offer.

[1] Willet, John, ed. Brecht on Theatre: The Development of an Aesthetic