By :  The Library of the Jewish Theological Seminary Posted On Apr 10, 2013 / 5773 | Author Conversations: Between the Lines
Download 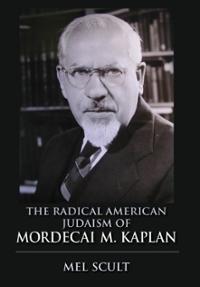 The philosophy of Mordecai M. Kaplan, longtime professor at JTS (1910 – 1963), dean of its Teachers Institute (1909 – 1946), and founder of the Reconstructionist Movement, is presented in its entirety for the first time in The Radical American Judaism of Mordecai M. Kaplan. Kaplan, a prophet of Jewish peoplehood, was also a prophet of Jewish personhood. He sought to democratize, Americanize, and individualize the Jewish tradition – and through these efforts to strengthen the Jewish people.

“This is an important, heartfelt, and even beautiful study by the leading authority of Kaplan. A pleasure to read, it carries itself with exemplary lightness and grace.” – Professor Zachary Braiterman, Syracuse University

Mel Scult is a professor emeritus of Jewish Thought at Brooklyn College, where he was a member of the department of Judaic Studies and directed the program in Religion. He has taught at Brandeis University, Vassar College, and the New School. Among his publications are the first biography of Mordecai Kaplan, Judaism Faces the Twentieth Century, and a 60-page monograph titled “Schechter’s Seminary” in Tradition Renewed: A History of The Jewish Theological Seminary of America. He is editor-in-chief of the Kaplan Diary Project. Dr. Scult holds a master’s degree from Harvard University, and a PhD from Brandeis University. He completed his undergraduate work at New York University and JTS (Seminary College ’56).

This event on April 10, 2013 was sponsored by The Library of The Jewish Theological Seminary. Dr. David Kraemer served as moderator.