The Power of Tamar 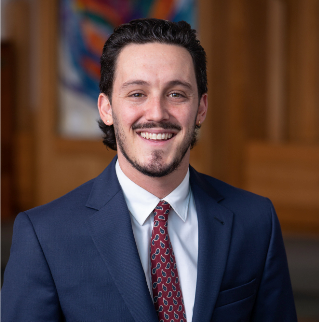 Parashat Vayeshev begins our four-week journey through the story of Yosef. Yosef’s narrative, perhaps the most developed and detailed character arc outside of Moshe’s, is one of growth, reconciliation, and redemption. And yet, in the very middle of our parashah, we confront the deeply problematic story of Yehudah and Tamar. For many readers, this is a challenging story. Why is it placed in the middle of the parashah? How are we supposed to feel about the characters? Does the story have anything to teach us?

To recap, Yehudah, Yosef’s older brother, leaves his family and marries the daughter of Shua, a Canaanite. Together they have three sons Er, Onan, and Shelah. Yehudah finds a wife for his eldest son, Er, but God deems that Er is “displeasing” and takes his life. In accordance with the biblical law known as levirate marriage Yehudah’s next oldest son is obligated to marry Tamar, and their children will be considered Er’s, thus redeeming his legacy. However, Onan purposely spills his seed to avoid having a child that would not be considered his. God finds this displeasing as well and takes his life. Tamar is now entitled to marry Shelah, but Yehudah misleads Tamar. Instead of arranging their marriage he casts her away, leaving her in limbo.

While on its face deeply troubling, levirate marriage could be interpreted as a mechanism to protect a woman from being alone in the event of losing a husband. However, instead of looking out for Tamar’s needs, Yehudah scapegoats her for the loss of his two sons. Later, after Yehudah has lost his own wife, he encounters a veiled Tamar and mistakes her for a sex worker. Tamar, who has still not been wed to an unmarried Shelah, sees an opportunity. She agrees to sleep with Yehudah but requests he leave his seal, cord, and staff as a pledge that he will eventually send a payment. When Yehudah’s friend seeks her out to redeem his belongings, she is nowhere to be found.

Three months later, when Tamar reappears visibly pregnant, Yehudah is enraged assuming that she has had a child outside of his family. Oblivious to his own hypocrisy, he calls for her death. As she is being brought to her punishment, she understatedly reports to Yehudah that she is having a child by the man who owns this seal, cord, and staff. In this moment, recognizing his belongings, Yehudah understands what has taken place: Tamar is pregnant with his child. He declares that Tamar is more in the right than he is himself, and she is not to be punished. The chapter concludes with a report that Tamar gives birth to twins, Peretz and Zerah.

When learning this text with my teacher Dr. Amy Kalmanofsky she asked me the following questions:

Whose interests are being served?

In my initial reading my answer was something along the lines of, “I’m not sure anyone looks good, and Yehudah is holding all the power in service of his own interests.” However, an evaluation of this chapter in the context of the rest of the parashah and of the Tanakh at large allows us to explore drastically different answers to these questions.

While this narrative interrupts the Yosef story, it is also the middle of Yehudah’s own story. Yehudah has just led the charge among his brothers in selling Yosef into slavery. Next week in Parashat Vayiggash we will witness the fullness of Yehudah’s teshuvah and growth when he offers himself as a slave in place of his brother Binyamin.

Understanding the ways that Yehudah will evolve, we can evaluate chapter 38 with a fresh set of eyes. In verse one Yehudah “goes down” to Canaan. Dr. Kalmanofsky asks, will Tamar play a role in lifting him up? At first glance, it appears that in donning a veil, Tamar, perhaps justifiably, deceives her father-in-law. However, perhaps Tamar in fact wants to be seen! Not only does she speak to Yehudah directly, but she does so while standing at Petah Einaim “the entrance of Enaim” a phrase that literally means “opening of the eyes.” Tamar merely wants Yehudah to do right by her, to see her, but he is still too weak to understand how to take care of his own family.

When Tamar presents Yehudah’s belongings, forcing him to confront his actions, she does not do so in a way that exposes or embarrasses him. Instead Yehudah “recognizes” his belongings (Gen. 38:26). This is the same language as when Jacob “recognizes” the tunic that Yehudah and his brothers have bloodied to deceive their father into believing that Yosef has been killed. The intertextuality demonstrates that Yehudah is finally recognizing his own sin and is in a position to take accountability. At this moment Tamar looks good, Tamar looks powerful. She holds Yehuda accountable in a way that does not pit her interests against his but rather serves both of their interests.

That Tamar’s act is one that is recognized as righteous and holy is evidenced later in the book of Ruth. Ruth, another woman who takes her fate into her own hands by manipulating the rites of levirate marriage, gives birth to Obed, the grandfather of King David. David’s lineage on his mother’s side traces all the way back to Peretz, the son of Tamar. In her commentary on the book of Ruth the biblical scholar Irmtraud Fischer writes that, “two women, Naomi and Ruth, built up the House of David . . . the book of Ruth composes [our] people’s history as women’s history!” In commenting on Tamar, Dr. Kalmanofsky argues that the story of Tamar can be read as David’s birth narrative, though admittedly several generations removed.

Tamar’s story is undoubtedly challenging. She is objectified, cast off, and nearly sentenced to death. However, she also is intentional and powerful. Her persistence is rewarded in the eyes of our tradition by linking her to arguably one of Tanakh’s most central characters: King David. While Bereishit 38 serves as an all too familiar reminder of toxic patriarchy found in both our sacred texts and our contemporary world, Tamar’s story can also be inspiring, and a reminder that feminist Bible scholarship can bring deep, meaningful, and theological healing.