The Limitations of Ownership 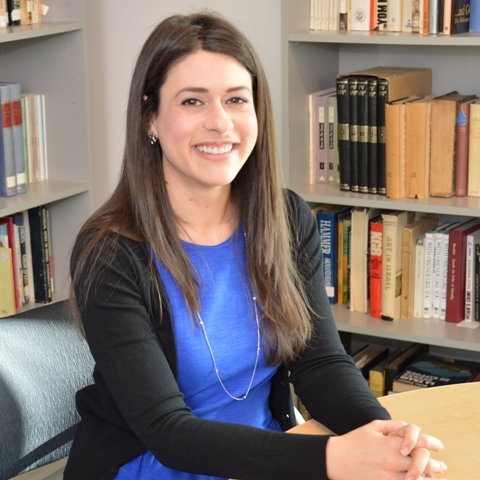 Rashi, the well-known medieval northern French biblical commentator, begins his commentary on this week’s parashah with a famous question, loosely paraphrased as follows: In what way does the matter of shemittah [the sabbatical year] have anything to do with Mount Sinai? In other words, the laws of Leviticus 25—beginning with the agricultural restrictions of the seventh year, the regulations regarding the jubilee year, limitations on sale of land and slaves—are wholly dependent on Israel living in Israel. So why, Rashi asks, were these laws commanded so long before they would become relevant? Of what relevance are the laws of shemittah to the Israelites at Sinai?

Rashi very rarely stated his question. Like other rabbis, when he asked a question, very often it was only so that he could offer a particular answer or insight—as is the case here. Rashi here asked yet another question, “Were not all the commandments given at Sinai?” Quoting the ancient midrashic collection on Leviticus, Torat Kohanim (also known as Sifra), Rashi explained that “Just as [the laws] of shemittah were given at Sinai in all their detail, so too all of them [all the mitzvot!] were given at Sinai.” Rashi’s answer to his own question reinforces the historically-critically problematic traditional Jewish dogma that all the commandments—biblical and rabbinic alike, “Written” and “Oral”—were revealed to Moses at Mount Sinai. At the same time, this statement also precludes a hierarchy of mitzvot, those given at Sinai and those given later. All of them—even the details, which I submit refers to the rabbinic detailing of the commandments—were given at Sinai.

The structure of Rashi’s Torah commentary is that he wove together the biblical text, more often than not, with selected earlier rabbinic interpretations. His comments often include the details of the commandments, which he here explained themselves hark back to Sinai. As such, many of Rashi’s comments on Leviticus 25 and the laws of shemittah include “all their detail,” i.e., the rabbinic explanation of both how the commandments are to be observed and their intended moral purpose. As the first generation amora Rav explained, “The commandments were only given in order that the [God’s] creations be refined through them [their observance]” (Genesis Rabbah 44:1).

In the first half of the chapter, in verses 17-19 and 23, the Torah presents God as a landlord. This metaphor conveys that Israel’s continued security and prosperity in the Land is dependent on the nation’s observance of God’s commandments. In effect, God establishes limitations on Israelite ownership:

The chapter’s punctuation of its commandments with reminders that “I am the Lord your God” positions the Landlord to dictate the limitations of Israel’s ownership and wealth and makes further demands regarding the uses toward which we employ our wealth. Consider, for example, verse 6, “And [whatever the land yields during] the sabbath of the land will be for you to eat—for you, for your slave, for your maidservant, for your paid laborer, and for the sojourner who lives with you.” The Landlord prohibits cultivation of the land in the sabbatical year, as is the Landlord’s right. Rashi and the Rabbis explained though that God did not prohibit eating what the land itself grows without cultivation. During the sabbatical year, a landowner is not allowed to behave toward the land as if he owns it; he is not allowed to bring the produce into his home. Rather he is to eat it out in the field alongside his slave, maidservant, paid laborer, and the sojourner—all of whom share an equal claim to the land’s ownerless produce.

In verse 23, God explains that an Israelite landholding may not be sold in perpetuity, because the Land belongs to God. In verse 35, the Torah describes a situation in which one’s fellow Israelite has become destitute: “If your brother is in straits and his hand falters with you, you shall strengthen him—stranger and sojourner—and he will live in your midst.” Rashi explains that one should not wait until one’s fellow’s situation becomes too dire and desperate to help him. At that point, it may be too late. One should help when his hand falters, sooner rather than later.

Leviticus 25’s injunctions regarding Israelite wealth are designed to reinforce the philosophical worldview that everything one has comes from God, Landlord and Creator of the Universe. Thus, God gets to tell us how we use it, to what divine purpose we put it. We will never know whether or to what extent our ancient forebears kept these commandments. Based on II Chronicles 36:21, Rashi explained in his comments on Lev. 25:18 and 26:35 that the Babylonian exile occurred because Israel did not observe shemittah, and so Israel was exiled so that the Land could make up the seventy shemittah years that it was owed.

There is a modern lesson in this chapter, even for those of us‚ myself included, who own neither a farm in Israel nor Israelite slaves. Throughout this chapter, the Torah reminds us that everything we possess comes from God. The consequence of this realization is that whatever bounty I possess—large or small—is a grant from God with which I am obligated to fulfill God’s commandments, be it the modern analog of caring and providing for my slaves and freeing them, or preventing my fellow from falling into the depths of poverty, or ensuring that one has what they need in order to support themselves and their families. Like observance of Shabbat every seventh day, so too observance of shemittah and the laws of Leviticus 25 are an expression of the recognition of God as the Source and Creator of the Universe.